The Kris-ening of Raya and the Russian Raid 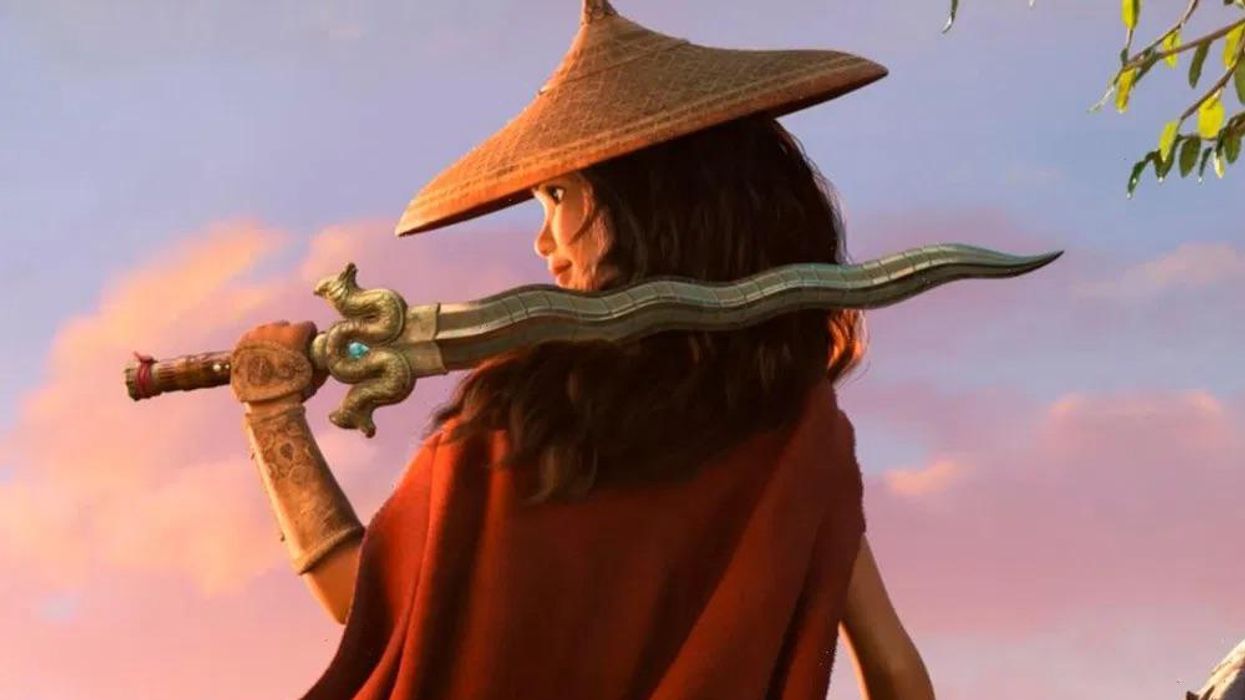 When you think about society's need for Asian female heroes who can influence Asian-American women of all ages to stand up for themselves and fight for justice in their communities, Raya and the Last Dragon could not have come at a better time. The essence of the film focuses on warrior-princess Raya and her quest to unite the five feuding kingdoms of Kumandra by finding trust and locating the last dragon, all in an effort to defeat a race of monsters called the Drunn.

The five largest Asian-American communities in the United States are the Chinese, Southeast Asians (Filipinos, Vietnamese), South Asians (Indians), Japanese and Koreans. Generally, members of these ethnicities don't view themselves as a single entity. Over the years, Asian-American film festivals have brought them together, but with the rising numbers of hate crimes aimed at Asian-Americans, a movie like Raya is needed to reinforce the notions of unity and trust. Who would have thought global unity could hinge on martial arts — and, specifically for Kumandra, on Southeast Asian martial arts with hints of India and the Middle East?

In the animated movie, the fighting style of Raya (voiced by Kelly Marie Tran) is based on pencak silat from Indonesia and escrima and arnis from the Philippines. Meanwhile, her adversary Namaari (Gemma Chan) uses muay Thai and krabi krabong. The key to Raya's success hinges on her kris, whose wavy blade mirrors the weapon's spirituality and reflects elements of the movie's plot. In short, the kris is a unifying symbol for the aforementioned nations — one that's wrapped, however, in typically ambiguous martial arts history.

In 132 B.C., the Persians created varzesh-e pahlavani, an art that featured low stances, kicks and Sufi spiritualism. The system is believed by some to have made its way to the Malay peninsula. An important wavy blade weapon was the qal'i, one of the prophet Muhammad's nine noble sword possessions. During the Crusades, the sword became a symbol of Christ, so it's plausible that when Islam spread to Sumatra in 674, the wavy blade became a symbol of Muhammad.

Although silat can be found in ancient Indonesian writings from the 500s, the kris didn't appear in art until 825, when it found its way into bas-reliefs on the island of Java. The shape of the blade is normally linked to the curves of a serpent, but in Bali, it's associated with the water dragon, a mythical beast that symbolizes rivers, waterfalls and rainbows. The titular "last dragon" that Raya finds in the film is the water dragon Sisu (voiced by Awkwafina), who teaches her the importance of trust.

Raya's kris has another real-life martial arts connection. During the 1300s, the Malays arrived in the Philippines, where they introduced the blade. They were the forebears of the Moros, an ethnic group that embraced the kris and morphed it from a stabbing dagger into a long sword designed for slashing as well as stabbing — which is the kind of kris Raya uses.

Kudos to Disney for keeping these cultural nuances authentic in Raya and the Last Dragon.

Russian Raid (also called Russikiy Reyd) offers a subliminal treat for martial artists. It's been reported that it was influenced by Gareth Evans' 2011 hit The Raid: Redemption, but to me, it plays more like The Magnificent Seven meets The Sixth Sense. The biggest mystery of the movie is you might not recognize the fighting style that Nikita (Ivan Kotic) uses. Perhaps purposefully, the style is never mentioned or described, yet the clues are there.

Directed by Denis Kryuchkov, the movie has a plot that unfolds in a zone where firearms are illegal to carry — which is precisely where an ex-Spetsnaz operative named Nikita agrees to lead a shady entrepreneur's unarmed gang of six thugs to seize a guarded warehouse so the owners can be forced to sign over the lease. In reality, Nikita has taken the job to fulfill a vendetta against Ghost, a ruthless criminal who operates behind the scenes there.

That leaves Nikita and his allies to defend the owners, their unarmed guards and their employees against Ghost's heavily armed militia while trying to escape a building that's a secret Russian armory.

Early in the film, training shots show a Cossack grandfather playing music as little Nikita, intercut with footage of adult Nikita, slaps his hands, elbows and feet while dancing. The sequence cuts to adult Nikita similarly using his forearms with open hands to hit a log-cabin wall. It's akin to Chinese fajing, wherein one puts energy into a strike without using force.

On the surface, several of Russian Raid's battles have sloppy fight and camera choreography, further weakened by the use of "skip editing," an early 1970s Chinese editing technique in which frames are removed to create a jittery but quick fight effect. Yet when Nikita's sequences use it, the jumpiness conveys an intangible sensibility as his strikes seem to possess a delayed momentum. It's as if the emotion of each punch is penetrating the other person's body.

One memorable fight features the foolhardy six turning on Nikita. He starts the slapping-hands dance from his childhood and uses the open-hand techniques to block and hit, then knocks out one of them by sending a log-cabin strike down onto his body. The scene is enhanced by the fact that during the melee, Nikita maintains a relaxed-but-straight spinal orientation while weaving around his adversaries — and he's smiling. He never gets angry, screams or grimaces. He remains calm and loose, even while the gang is crazed and tense.

Another neat bit of action occurs when Nikita takes on sharpshooters in a ballistic showdown that's even more engaging when a stuntman gets blasted backward up the stairs. (It made me wonder whether the true stars of the film are not the Russian military consultants who shaped the aesthetics using snippets of their military methods, especially as they pertain to trained riflemen moving within their space.)So the clues are in. What fighting style does Nikita use? For the answer, we must travel back in time.

By 948, Russian Cossacks — influenced by Chinese, Mongolian and Macedonian warriors — created the forerunner of the art we know as systema, and by 1200, they created the shashka style of swordsmanship. If you've ever seen the dance of the Cossacks, you know it's filled with high-flying and low-lying spin kicks, as well as intricate swordplay, all under the guise of entertainment. And engaging in this dance seems to make them happy, just like it does Nikita.

In more modern times, Russia's fighting forces learn systema for its unarmed combat, its weapon techniques and its knife fighting. Nikita possesses all these skill sets and never veers from the systema way. In one memorable scene, he runs out of ammo and is forced to wield an empty gun like a martial arts weapon, which is rare in film.

Whether we're talking about systema-using Spetsnaz or dancing Cossacks, the practitioners learn to enter chaos with calm and composure. The intent is not to be aggressive or exhibit anger because that tenses the body and decreases power and speed. Not being aggressive may seem counterintuitive for the military, yet it's well-known that systema advocates this as part of a physical and emotional approach to fighting. If one is angry and aggressive during combat, a price is paid. If one is happy — that is, accepting of one's situation — it's easier to eliminate frustration and fear of death, as well as to create a sense of calm and maintain a relaxed-but-straight spine even while engaging in combat.

If you've already watched the film, I recommend watching it again after you read this column. Perhaps you will see it in a different light.