It's All About Respect - Feature Story 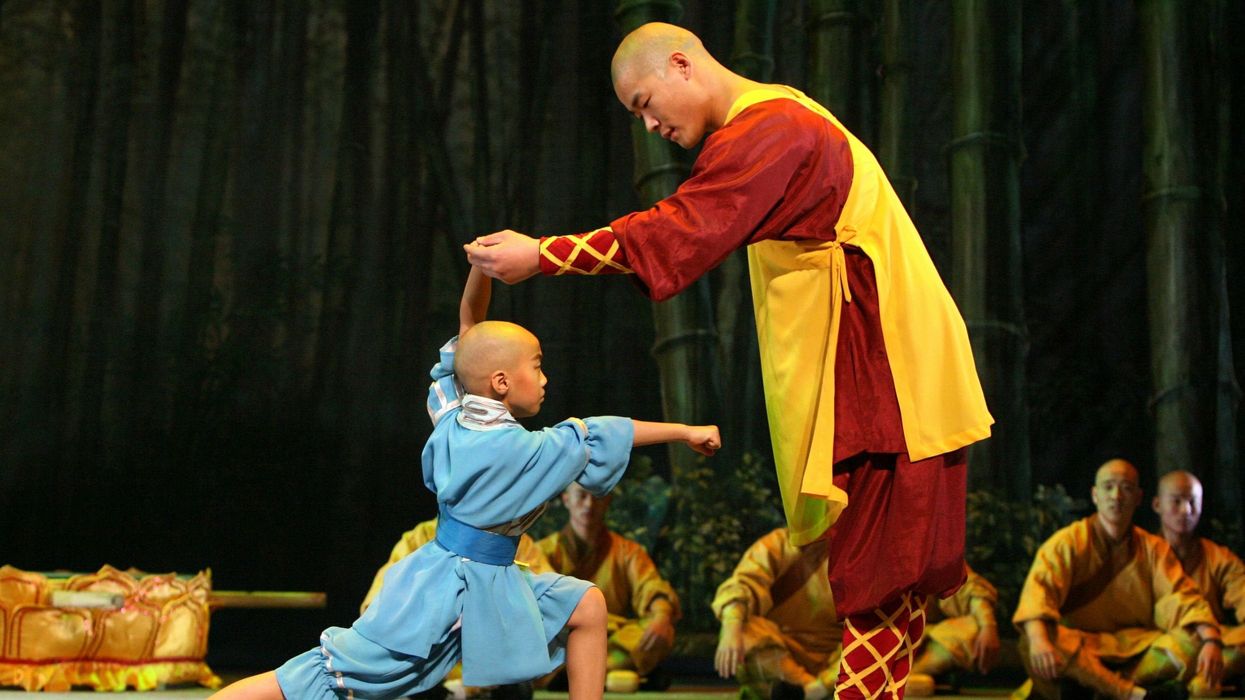 Have you ever seen one of those incredible demonstrations of martial arts power? One where a tiny Asian master will show seemingly superhuman strength by standing immovable as half a dozen men try to push him? Or have you ever heard about the little old sensei who could defeat an opponent half his age while barely lifting a finger? Assuming that, unlike Luke Skywalker, such martial artists have not actually tapped into the force and don't possess superhuman powers, then something else is obviously going on here. But what?

The simple explanation is that such exhibitions are all scams designed to con a gullible audience. And certainly, in some instances, that's the case. But there's also a deeper explanation that pertains to such demonstrations as they relate to traditional Asian culture. Though not often discussed, the concept of respect for seniors - both in terms of age and of seniority within a martial art - is an important one that would seem to be a major factor in many such demonstrations of "superhuman" martial arts ability.

Ellis Amdur, one of the leading authorities on Japanese martial arts, in his book "Dueling with O-sensei" relates a discussion he once had with Yoshio Kuroiwa, a senior aikido student of Morihei Ueshiba. Amdur was curious about Ueshiba's alleged ki power and the demonstrations he would do where he could not be moved. Since Kuroiwa was not only a leading aikidoka but had been a pro boxer and was known as one of the tougher customers in aikido circles, Amdur was curious if he'd ever done any of those demonstrations with Ueshiba and what his opinion of such stunts was. It turns out Kuroiwa had participated in some of these demonstrations and stated that he could never move Ueshiba when the latter did not want to be moved.

Of course Amdur asked Kuroiwa how this could be and what the secret of Ueshiba's power was, to which Kuroiwa replied, "You can't knock your teacher over when your teacher just announces in front of an audience that you can't knock him over."

While perhaps viewed as obsequious, if not thoroughly disingenuous, in modern Western society, such respect for seniority has a long tradition in Eastern cultures. And this, more than anything, may be at the root of many such amazing displays by Asian martial arts masters throughout history.

There's a story told of the legendary swordsman Munetoshi Yagyu, who was reputed to have defeated the future shogun, Ieyasu Tokugawa, in a demonstration where Tokugawa was armed with a wooden sword while the much older Yagyu was unarmed. If there's any truth to the tale, it's quite possible Tokugawa was simply showing respect to a revered senior (not to mention someone he wanted as a potential ally) and essentially dummied for Yagyu by throwing the match. There are similar stories from more modern times of famed martial artists who've been said to have defeated much younger opponents in challenge matches, sometimes through things like the power of their kiai or by simply holding the other man motionless with their gaze.

Again, it's quite possible such demonstrations are equally an example of showing respect for seniority. A younger challenger wants to make a name for himself by "fighting" a respected master but if he actually pounds the old master into the dust he'll be viewed as a bully (and potentially have the master's students coming after him). So instead, he merely acquiesces and says he's been defeated. He gets the notoriety of having been brave enough to challenge a great master and the master's reputation remains intact.

But recent years seem to have brought about a shift in the thinking of many younger Asian martial artists who, in the age of mixed martial arts, don't appear to be showing the type of deference to their seniors that once permitted these sorts of legendary demonstrations. Chinese MMA fighter Xu Xiaodong and others have made a cottage industry of embarrassing classically trained proponents of some of the more esoteric martial arts in challenge matches where chi power and kiai strength seem to fade in the face of rudimentary punches and kicks.

Though some have claimed the reason these alleged paranormal powers are not working is that the martial artists employing them are not true experts, a far more likely explanation is that the mindset of their opponents has changed. At one time publicly battering a respected, older martial arts master probably would have been viewed askance by much of Asian society where such disrespect for seniority could be seen as upsetting the fundamental social order. Even now, with all the changes that have taken place in Eastern culture, fighters like Xu have faced a good deal of official scrutiny and censure for their victories.

Beyond the fact many martial artists want to preserve their fantasies about the incredible powers of martial arts masters, traditions die hard and culture plays a more subtle role in these arts than most suspect. All of which means we'll probably continue to see more incredible displays of "superhuman" martial arts powers for the foreseeable future.

To find out more about Ellis Amdur, check out the feature story on him in the current issue of Black Belt Magazine.