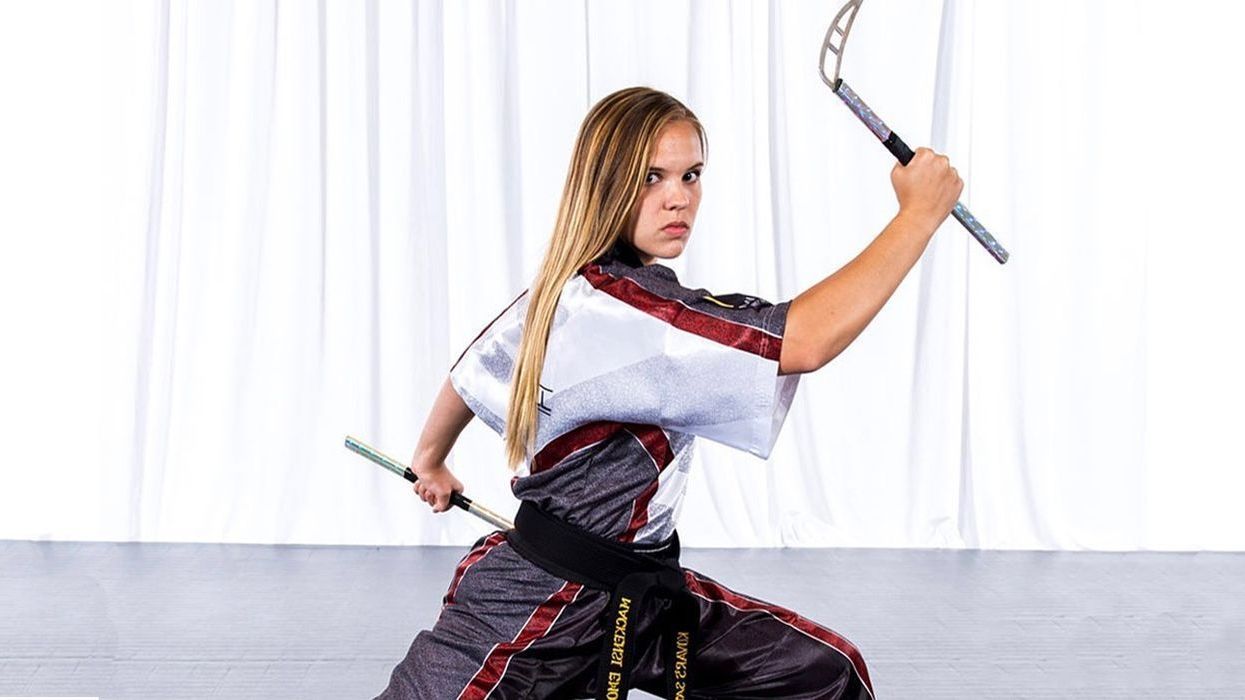 Mackensi Emory is widely considered the best female tricking athlete in the world and has multiple world championships in extreme forms and weapons divisions to back up that reputation. Her performances feature cleanly-executed aerial kicking and acrobatic techniques combined with a solid foundation of traditional martial arts. Her signature weapon is kamas when competing in open divisions, but she competes with a sword routine in the traditional weapons division. These skills have resulted in an impressive résumé including fourteen ISKA U.S. Open world championships.

Emory was inducted into the Black Belt Magazine Hall of Fame in 2019 for her accomplishments as a competitor. Her success has resulted in other opportunities in the martial arts industry such as teaching kamas in The Flow Weapons Training System and endorsing a signature series line of weapons products through Century Martial Arts. She is currently working as a stunt woman, using her expertise as an extreme martial artist to make a name for herself in Hollywood.