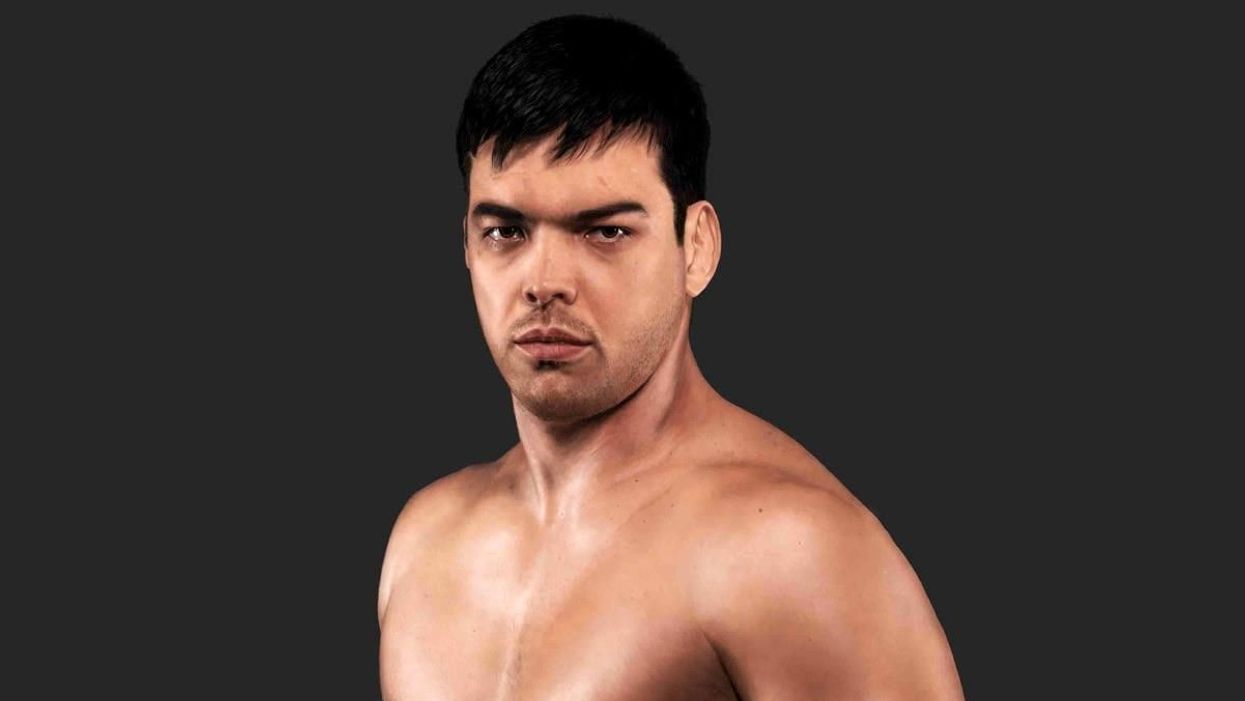 Lyoto Machida's figured out how to make traditional karate work in the octagon. With the help of this three-part analysis, you’ll be able to incorporate his shotokan tactics and techniques into your traditional or mixed-martial arts training!

Lyoto Machida's figured out how to make traditional karate work in the octagon. At the Ultimate Fighting Championship 129, the shotokan karate stylist knocked out UFC Hall of Fame member Randy Couture with a front kick to the head. (If you've seen The Karate Kid, picture Daniel's signature crane kick.) With the help of this three-part analysis of Lyoto Machida's shotokan skills, you'll be able to incorporate Lyoto Machida's tactics and shotokan techniques into your traditional or mixed-martial arts training.

Observation: Lyoto Machida's footwork gives him the ability to control distance, says Lito Angeles, author of Fight Night! The Thinking Fan's Guide to Mixed Martial Arts. “He can keep a certain distance between himself and his opponents so they can't even touch him."

Explanation: “His footwork comes from shotokan karate — his father is a shotokan master," Lito Angeles says. “He stays back from his opponent, and once he attacks, he maneuvers away before the other guy can counter."

Action for Your MMA Training: Start your sparring sessions a safe distance away from your opponent. Practice darting in, attacking and moving back before he can counter. Focus on speed and accuracy rather than power.

Observation: “If you watch his UFC 84 bout with Tito Ortiz — or basically any of his fights — you'll see that his opponents can't get a bead on him because he's always moving," Lito Angeles says. “When he retreats after an attack, he uses lateral movement to avoid getting hit."

Explanation: It's another shotokan forte. Practitioners of the Japanese martial art know that when they constantly move side to side, they can dictate the action. “They make their opponent follow them around, and then when they're ready, they suck him in and — boom! — they attack," Lito Angeles says. “Then they're out [of range] again."

Action for Your MMA Training: “If you're not a shotokan stylist and want to develop that kind of lateral mobility, watch videos of Machida's fights," Lito Angeles says. “However, the ability may be innate. It's not like other UFC fighters don't know what he's doing; they just can't do the same thing as well as he does. To some degree, though, the skill can be developed through training."

In sparring, work on making your attack path shaped like a T, Lito Angeles says. Scoot forward, strike, then scoot part way back before angling off to either side.

Explanation: According to FightMetric.com in 2011, Lyoto Machida was No. 2 on their list of MMA athletes who get hit the fewest times per minute in the ring. (Fedor Emelianenko was No. 1 and Anderson Silva was No. 3, in case you're wondering.) “It's the footwork and distancing factors," Lito Angeles says. “Machida is very elusive; he's an in-and-out fighter."

Action for Your MMA Training: Remember those old-time instructors who would tell their students they have to learn how to take a punch? Forget them. It's better not to get hit. Work on your distancing and maneuverability, as well as your bobbing and weaving for when things get a little too close for comfort.