Louis Awerbuck on Every Fighter's Final Weapon: The Brain 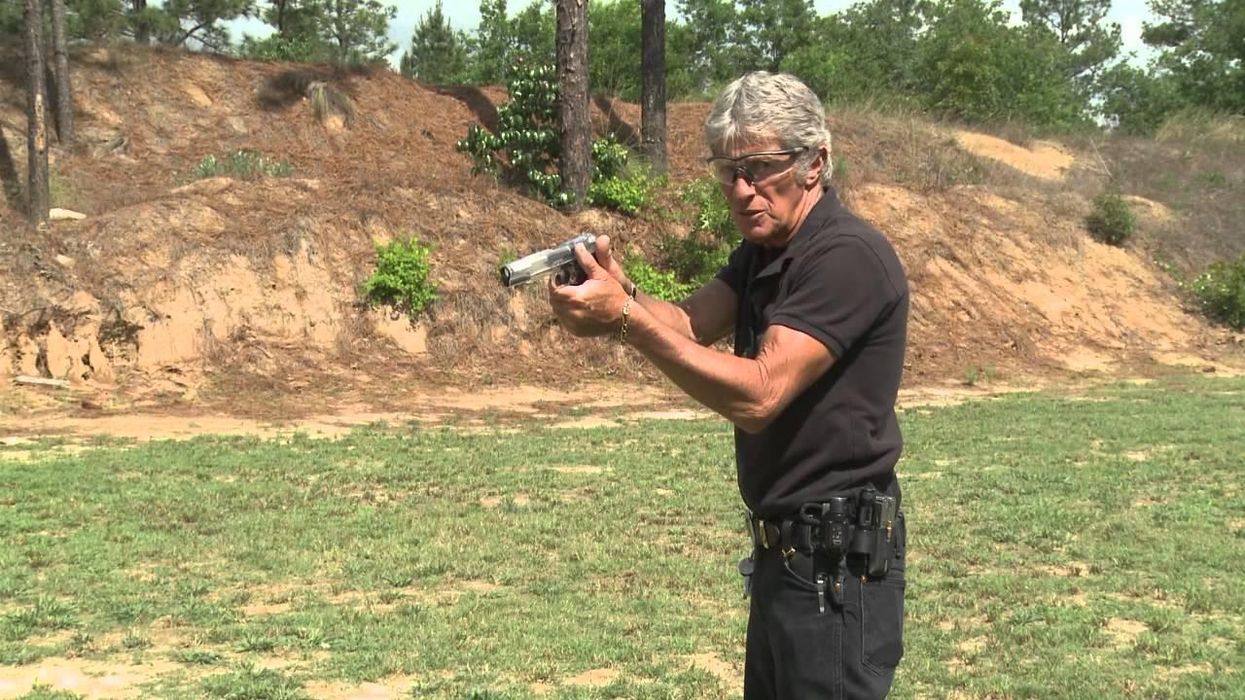 In 2010, the editor of Black Belt encountered top-tier firearms instructor Louis Awerbuck at a Bruce Lee Foundation event. Their conversation led to this insightful article!

When I attended The Art of Action in 2010, the convention put on by the Bruce Lee Foundation, I thought I recognized the face of a gentleman across the room. He was in the front of the hall, chatting with Linda Lee Cadwell and Shannon Lee. I judged him too important to be a mere attendee, so I scanned the pages of the event program and spotted his name: Louis Awerbuck, one of the world's premier firearms instructors. As soon as the action let up, I made a beeline for him and introduced myself. When he said he's always been drawn to Eastern teachings and the philosophy of Bruce Lee, I asked him if he'd care to write a piece for Black Belt. It's presented below for your enjoyment. It was originally published in the May 2010 issue of Black Belt and titled "The Final Weapon." Sadly, Mr. Awerbuck passed away June 24, 2014.

Mark Twain once said, "I never let my schooling interfere with my education." Point duly noted.

Looking past the wry humor, however, it's also important to note that there are some small candles of information ignited during an adolescent's school years that actually help illuminate one's path in later years.

When I was a young puppy attending high school in the early 1960s, there were no personal computers, and we weren't allowed to use a slide rule to solve math problems on homework or test papers. Since we were 16-year-olds — and obviously already knew everything about everything — we didn't understand why our stupid teachers wouldn't allow the use of auxiliary man-made equipment to augment the human brain. After all, as teenagers, we obviously knew more than our parents, teachers, Einstein and Confucius combined.

So what does any of the above have to do with the martial arts? Depending on how you view life, nothing or everything.

At school, we were awarded only 20 percent of the total score for the correct answer to a math problem. If you couldn't demonstrate — step by step and line by line — how you arrived at the correct answer, you received either zero, if the written logic was incorrect, or a proportion of the remaining 80 percent for the section that showed logical deduction. That process not only solved the peek-at-your-neighbor's-homework cheater problem but also lit a small philosophical candle for the rest of the hungry student's life.

And once you matured mentally, you realized that Bruce Lee's “way of no way" beats the cocky teenager's “why of no why" every time — in every aspect of your remaining time on this planet.

My personal ring-fighting journey was a short-lived series of amateur boxing contests, during which I kissed a lot more canvas than women. The “career" ended immediately after I pole-axed an opponent with a punch to the sternum and thought he was dead when he hit the deck. Again, I'd arrived at the perfect solution to the math problem without knowing anything about kinesthesia, or how current flows directionally through the human body and how to intentionally reverse it with a body punch.

Test score: 20 percent, irrespective of the outcome of the fight.

The unintentional power of the punch — and the ignorance of what had made it so effective — bothered me, and I quit boxing forthwith. Besides, I'd never liked Marquis of Queensbury battle rules in or out of the ring. Rules of engagement should apply to romantically involved couples, not battlefields.

After the initial passage of youth, I fell into a 35-year career of firearms and tactics training, but I've always maintained a strong interest in the martial arts for two reasons: The physical aspects and techniques of mano a mano fighting fascinated me, and more important, the psychology of fighting — and, indeed, life itself — seemed to be the major and consistent key to the success of the Great Ones.

That fact was hammered home on two separate occasions spread 40 years apart. The second time was half-a-dozen years ago when I was honored to run a short seminar on pistol training. Among the guest teachers were luminaries like Ted Wong, the pre-eminent practitioner of Jun Fan jeet kune do; Allen Joe, the ageless master of physical conditioning and spiritual health; and Sonny Umpad, the late blade master.

During a break in the training, Mr. Wong strolled over and said, “We're really not doing anything different." And he was right. A gun is merely a power-delivery system — no more, no less. A firearm has more long-range capability than a martial artist can deliver, and the striking power is built into the weapon, but the strategy, physical stance, balance and ability to switch gears in midfight are the same for the dedicated trainee. Yes, you can get a lucky shot with a firearm, but a punch-drunk boxer could also drop Manny Pacquiao with a lucky swing.

Four decades earlier, I'd had my first epiphany. An acquaintance who'd reached third dan in karate was severely beaten in a one-on-one encounter with an uncouth, untrained, middle-aged farmer. Mild-mannered by nature, he was forced into using physical force at a gas station, despite several attempts to avoid the confrontation. When I later asked him what had happened, he humbly — and he was a humble man — said the farmer was “too stupid" to make the “correct" countermoves. The latter caught him with a wild roundhouse swing, ruptured his eardrum and destroyed his balance. End of fight.

Moral of the story? If you train in a dojo with people who are very good at what they do — but are robot-like and predictable in their physical movements, the result of “rules of engagement" — you could very well lose on the street to a physically less competent and untrained opponent. Rule No. 1: Never, ever, ever underestimate your opponent, and psychology is huge.

Over my adult life, I've been fascinated by the science of fighting — from Roman boxers to Genghis Khan, from medieval archers to Sun Tzu, from the use of gunpowder by the Chinese to John Wesley Hardin's gunfighting skills. The one constant is that the good fighters were philosophers first and physical performers second.

Of the best of the best, two names that are familiar to readers of Black Belt are Miyamoto Musashi and Bruce Lee. Although their fields of expertise were different, their mindsets were the same. They may have been separated in life by centuries, but both were probably the ultimate philosophers of their eras.

Extremely deep thinkers, they flew in the face of convention, they were artists and prolific writers, and their true genius came to light basically only after their passing — essentially because they were so far ahead of their time and so far above the average person's level of thinking. Miyamoto Musashi's use of two swords and Bruce Lee's evolutionary punching and kicking techniques were so misunderstood by most of their peers that they were acknowledged primarily only in retrospect and hindsight.

We cannot afford to let the dreams end. We have to start to recognize legends while they're still around.

During a recent conference in Los Angeles, I was fortunate to once again observe Allen Joe's seminar on muscle training and breathing techniques. Intrigued, I observed the participants' faces when he demonstrated eye exercises, wondering how many of them understood what he was getting at. He didn't elucidate on the subject, stating only that all the body's muscles must be exercised.

The exercises, of course, are age-old techniques to open up peripheral vision so the swordsman could have full visual on a tri-pronged attack. But Mr. Joe didn't elaborate — the great ones never do. They rightly expect the student to think for himself, to mentally extrapolate on the master's words.

If you don't understand why the great Asian warriors practiced calligraphy and horticulture, you probably aren't ever going to be a true practitioner of the martial arts. Even to only stand in the shadow of men like Bruce Lee, you have to be first and foremost a student of philosophy, and not merely ape their physical movements. Otherwise, you'll never get the total message.

Yes, we've all heard the words, and we all repeat them. But how many of us actually practice what we preach?

No brain, no gain.

About the Author: A former member of the South African special forces, Louis Awerbuck was the lead instructor at Yavapai Firearms Academy Ltd. in Prescott Valley, Arizona. He passed away June 24, 2014.