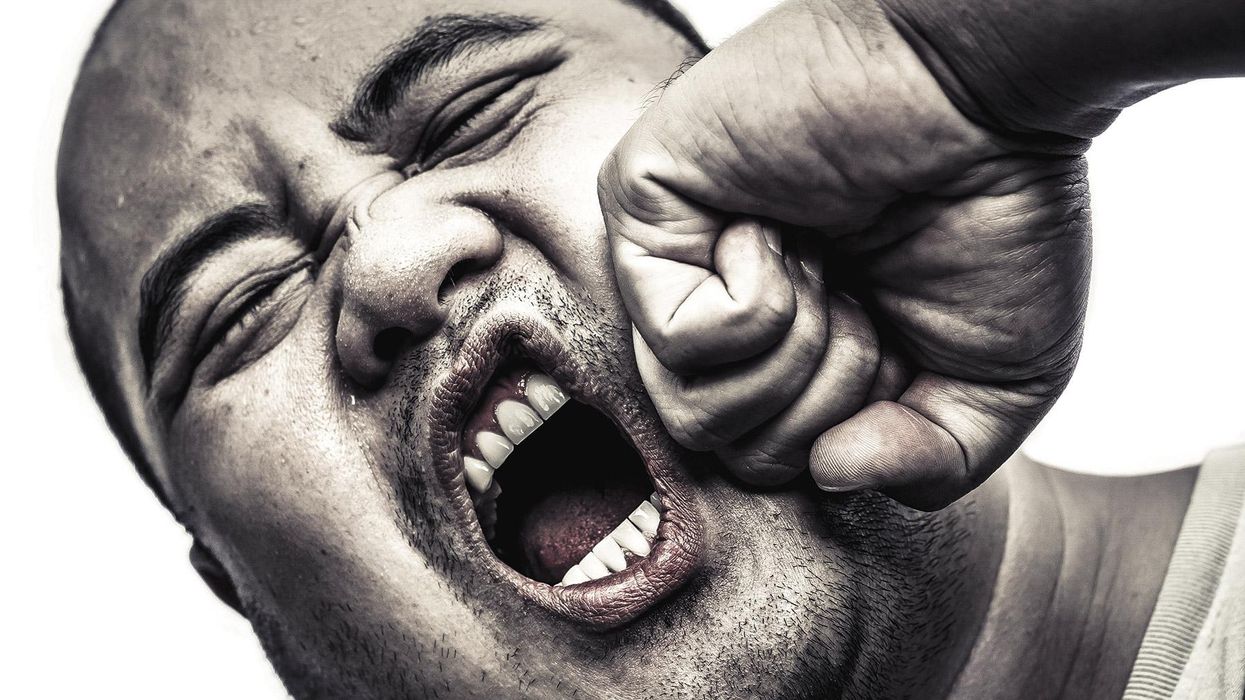 Let's say you run a small loan-sharking enterprise. Nothing big — you've got a territory of three to four city blocks.

Having such a small space, welshers, or those who don't pay back, can really eat into your profit margin. Money isn't free, and those who come to you agree to your off-the-books terms. If they welsh, you have no recourse to legal action: no garnishing of wages, no extended court wrangling. All you have recourse to is …Option A: Chalk it up in the loss column.

Option B: Enforce the debt. That is, collect and/or encourage a "payment plan."

Common knowledge holds that welshers will be visited by enforcers. These enforcers have become known as leg-breakers; you can imagine where that rep came from. All this has played out in numerous gangster scenes on celluloid:

Enforcer: Tony says you been duckin' him.

Welsher: No, I was just away for a while, that's all. I mean, I got the money. It's just that. …Enforcer: It's too late for that! Now we gotta break your legs.

Turns out this is wrong historically and economically.

Let's recall that in this scenario, you're a loan shark with a small territory. You need all the debts to be repaid. Larger territories can afford to accommodate more debt risk, but small-potatoes outfits like yours need a high compliance rate. Those who don't pay must be encouraged.

Breaking legs to set an example for potential welshers makes sense — but only on the surface. Such crippled "advertisements" are ruinous to your business in two respects:• The welsher you wish to encourage to pay now most definitely cannot pay until his legs mend and he can literally get back on his feet. In other words, your strongarm leg-breaking tactics ensure that your money stays lost for some time, which is bad for business.• You might counter with, "The example set by his snapped femur will let others know what will happen if they get out of line!" Sure, but that might encourage potential customers in the poor-risk category to fear doing business with you, also eating into future gains. In contrast, a more reasonable "negotiation" might not scare away customers in that group.

Because you're a smart loan shark with a good head for numbers, you fire your no-finesse leg-breakers and instead poach talent from local boxing clubs. In other words, you hire a few "street dentists."

Street dentists are enforcers who have skill with their hands. They can pop out teeth with well-timed, precisely placed punches that also save their own hands. Missing teeth constitute a better business model for you because the welsher can still earn wages and pay back the debt. Meanwhile, the missing teeth serve as a walking, talking, still-earning billboard of encouraging reinforcement.

Street dentists are also skilled at working the body with pinpoint blows that temporarily incapacitate welshers. They might bleed a little for two or three days, but the money will still roll in.

When modern martial artists hear of boxing-mob connections, they usually think of fixing fights, setting up dives, and controlling commissions and organizations. But historically, there was also an in-the-ranks connection.

Local boys, club fighters and, in more than a few instances, well-known pugilists often moonlighted as enforcers and street dentists to pad their pockets and/or make good to a "benefactor."

This constituted a fascinating period in American history when we had skilled ring men who knew the ins and outs of throwing hands in a sportive context, and what they brought to the black-market game of throwing hands in an underground environment proved useful and pragmatic. They altered their street application in everything from stance and striking tools to footwork and mechanics. They saw how easily a combat sport could become a street art.

These men recognized that boxing inside the ring was a particularly useful sport. What they did in the laboratory of mob-sanctioned violence is mighty instructive to the non-mobbed-up cadre that is us, martial artists who are interested in self-defense and who have a modicum of curiosity about history.