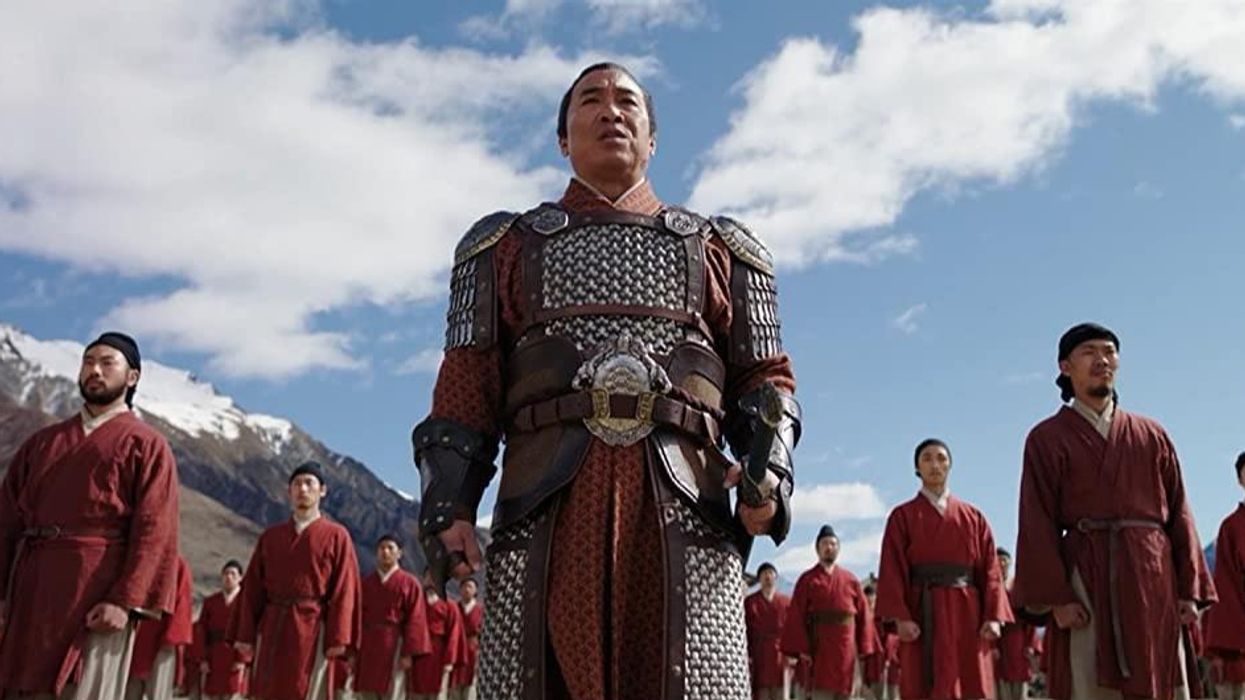 Imagine if non-English speaking, Chinese screenwriters, who never lived in America or studied American History, wrote their perception of how American hero Davy Crockett should act while fighting Aztecs in Arizona at the Battle of the Alamo, and the film was directed by a Korean and shot in Chinese. Then the source material was linked to a cartoon where Crockett's spiritual guide was a wise-ass eagle and an effeminate General Sam Houston rather than John Wayne's The Alamo (1960) or The Alamo (2004). The film's saving grace might be the famous American cast who knew Crockett's story and the fights were choreographed by someone familiar with the skills and weaponry of that time. Now imagine the film opens when both countries' leaders are at odds. In a highfalutin way, this is what happened to Niki Caro's directed Mulan.

Historically, the expert archer, seamstress and warrior Hua Mulan was born 412 A.D., Henan province, Wei Dynasty during the North/South 10 Dynasty period. When her dad was too sick to fight the Mogul Empire ethnic group Xiongnu, young adult Mulan donned men's clothes and joined the army. Her defining moment occurred while observing crows during night-guard duty, thereby suspecting an ambush. Hua told her Chief, devised a counter plan and during the attack, after an arrowed skewered her shoulder, she defeated the Mongol leader in hand-to-hand combat and refused treatment as not to reveal her female identity. She became a general and saved the Wei. No Roarans (they invaded and lost in 424 A.D.), witches or hugging characters.

Apart from the film's adequate fight choreography, I momentarily dismissed the historical and cultural inconsistencies, when Chinese American marital artist and rising director, Ron Yuan's booming Sergeant Qiang voice asserted, "We are going to make men (Mulan's running gag), out of every single one of you."

The fights clearly show Liu Yufie (Mulan) doing her fights/stunts. In one sequence, when she runs horizontally across a vertical wall and skids along the surface on her knees, Liu smashingly injured her knees against the partially sticking out wall supports.

Yuan shared, "She could've been a stunt girl. During fight training, she trained as hard if not harder than all the men. She never complained. Donnie [Yen] and I often discussed how impressed we were with her [fight] performance and how hard she worked."

Hua is a real wonder woman, the perfect "me too" reason how Yen's daughter convinced her dad to star in Mulan. The movie could've had Black Panther and Wonder Woman reprise to globally influence females of all ages and ethnicities, because she's a real person; the more realistic the hero the greater the impact the story can have on audiences. Though the iffy short Ballad of Mulan poem was part of the source material, Mulan became cinematically associated with Disney's unreal cartoon rather than Shaw Brothers' Lady General Hua Mulan (1964) or Shanghai's Mulan Joins the Army (1939).