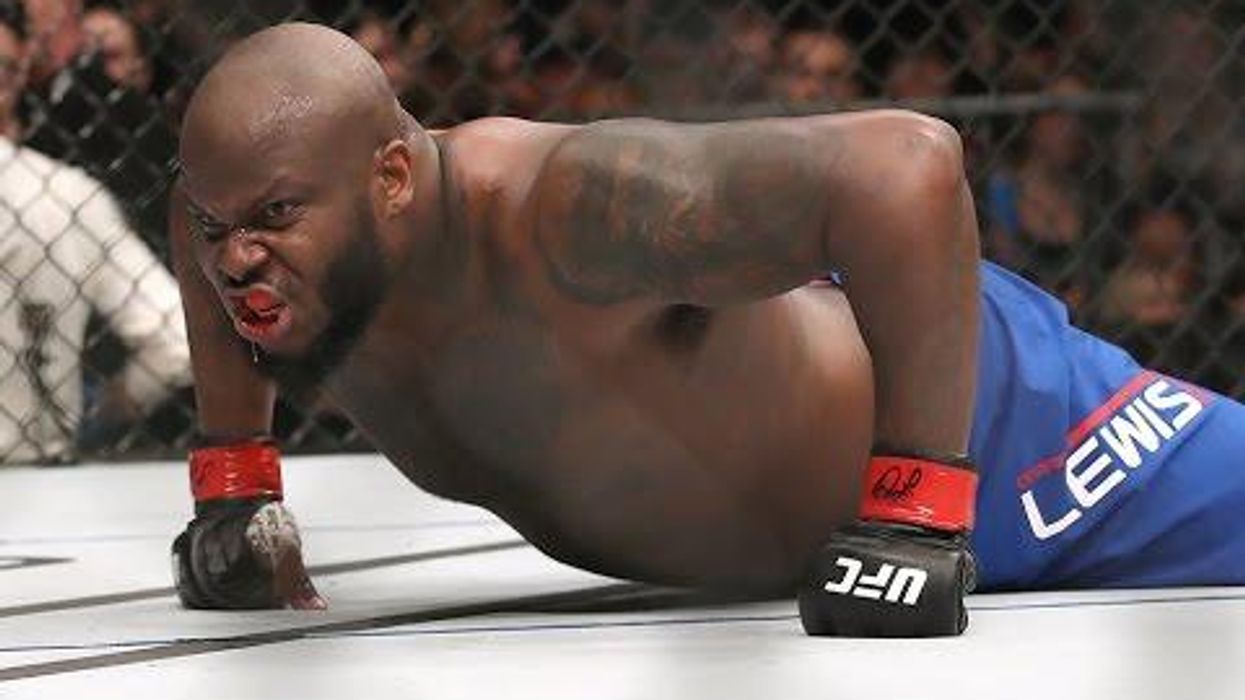 Derrick Lewis claimed victory in the main event at UFC Fight Night 185 Saturday in Las Vegas with a record-tying knockout of fellow heavyweight Curtis Blaydes. Known as a wrestler, Blaydes did well in the first round engaging in some strategic stand-up exchanges mixing his jab with low kicks to keep Lewis off balance. But his fortunes changed in the second round as he attempted to drop down for a takedown attempt without looking to set it up at all. Lewis greeted him with a right uppercut that dropped Blaydes to the mat effectively ending matters. For Lewis (25-7 overall, 16-5 in the UFC) it tied him with Vitor Belfort for the company record in knockouts with 12.