Back to the Kung Fu-ture 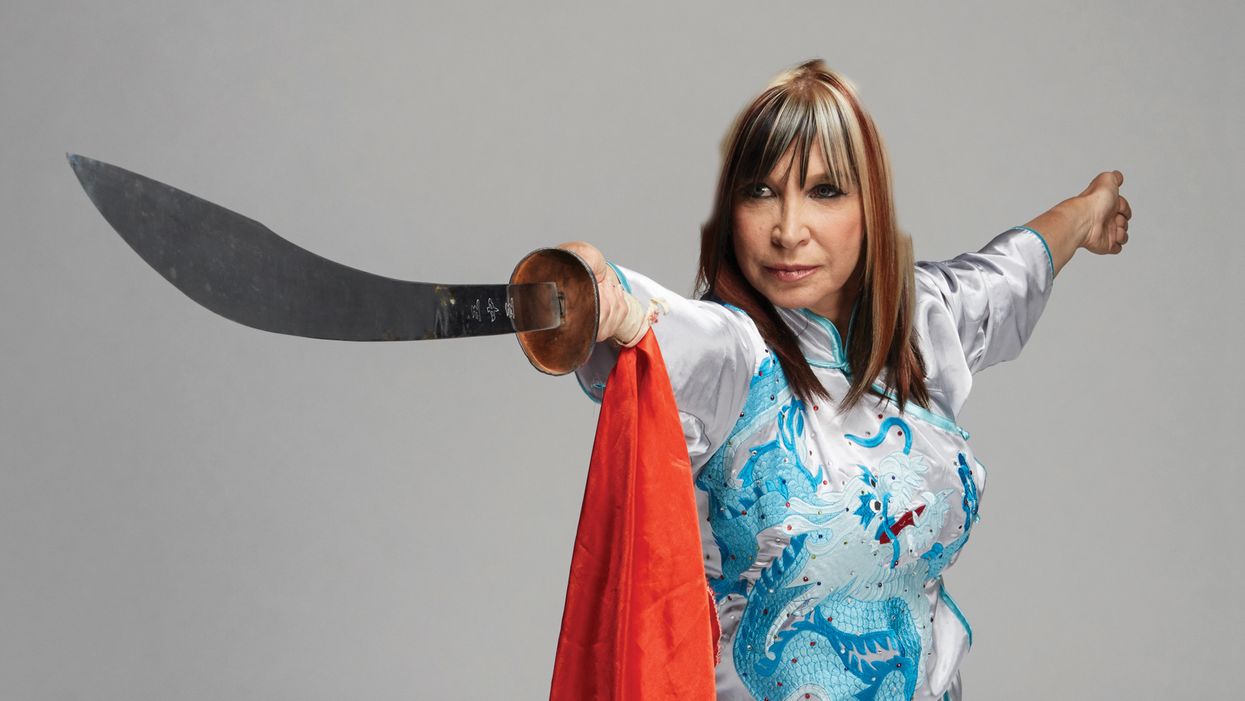 Alvin Toffler, in his 1970 book Future Shock, talked about the rapid rate of change in the modern world, how people were having trouble keeping up and how that rate would only increase in years to come. The martial arts entertainment world — and the martial arts in general, for that matter — may be proving Toffler correct.

Take, for example, the recent Urban Action Showcase & Expo, held at the AMC Empire 25 Theaters in New York City, where old met new both on the big screen and in the exhibition hall.A two-day event sponsored by HBO and Cinemax, the UAS was part action-film festival, part martial arts trade show and part photo op for fans looking to mingle with legends like kickboxing-champion-turned-actor Don "The Dragon" Wilson. "Events like this are getting bigger, and unlike the past, you're now seeing more people showing up who have never done martial arts — they're just fans who want to meet us," Wilson said.

Indeed, the UAS crowd seemed to be an eclectic mix of autograph-hungry fanboys, decked-out cosplayers and longtime martial artists who simply stopped by to pay their respects to industry icons.Dennis Brown, one of the most senior American kung fu experts on the East Coast, was among those industry icons. He attended so he could catch up with people he once competed against, like Cynthia Rothrock, and people he helped teach, like Willie "The Bam" Johnson. Brown, who began his own training in 1964 and still runs a school in the Washington, D.C., area, spoke about the evolution of martial arts in America as well as anyone:"In the 1950s, it was all about judo in the United States, then karate and taekwondo became big and it was all about kicking straight up in the air. Then kung fu was the thing in the 1970s. Now it's MMA."Tastes change. Like with fashion, it used to be everyone wore baggy pants sagging way down on them. Then it was skinny jeans. Tomorrow, it will be something else. You just have to understand that's how the American public goes."The UAS highlighted this changing face of the martial arts with a symbolic passing of the torch: Former martial arts film star Ron Van Clief handed his moniker of "The Black Dragon" to current action film star Michael Jai White."Bruce Lee gave me that title in 1971," Van Clief said. "I thought it was time to pass it on to someone else. I've known Michael since he was a teenager, and he was someone I thought could continue the legacy proudly."

Now in its seventh year, the Urban Action Showcase is the brainchild of Demetrius Angelo, a producer, Cinemax consultant and rabid martial arts movie fan who wanted to celebrate the growing diversity and multicultural influences in the action-film genre."Hollywood is finally catching up with society," he said. "People always loved things like Enter the Dragon and the blaxsploitation films from the '70s. For a long time, the powers that be had guarded the gates, and those kinds of movies weren't mainstream. But when everything went digital, they didn't hold the keys anymore."Digital is indeed fueling the growth. With all the media platforms available online, fans are being treated to martial arts–related content that might never have been made under the old model. For example, Netflix has brought us Wu Assassins, YouTube has given us Cobra Kai and Cinemax has debuted Warrior, a concept that Bruce Lee came up with 50 years ago but that couldn't get made in the Hollywood of yesteryear.

It's not just studios and streaming networks that are getting in on the action. Entrees in the 2019 UAS film festival included The Duel, a short by Sharif Anael-Bey, a hung gar kung fu practitioner and aspiring filmmaker who decided to put together a no-budget video production with legendary Hong Kong stuntman Bobby Samuels. Duel was well-received for its fight scene between the two men, an homage to the classic, slower-paced, more stylized Shaw Brothers model of kung fu fighting."That kind of action is nostalgic," Anael-Bey said. "It's what you used to see when you went to watch the kung fu movies here in New York on 42nd Street years ago. But it's so old [that] it's also new to a lot of younger people who haven't seen anything like it before."

The centerpiece of the film festival was a screening of the outstanding documentary Iron Fists and Kung Fu Kicks. It encapsulated the many changes that have occurred in martial arts cinema as it's moved from that old-school, Hong Kong–based Shaw Brothers style to the Bruce Lee era and finally to the kinetic, ultra-violent style now found in Thai and Indonesian films.The martial arts movie world has been a trendsetter for martial arts as a whole. When Lee's films came out and David Carradine's Kung Fu debuted on television, people began showing more interest in the Chinese arts. In the 1980s, ninjutsu became popular on the big screen and was followed by an explosion of interest in learning the style.Even now, the flashier, more gymnastic style of fighting one sees in movies is having a subtle effect on the way the martial arts are practiced. "Tricking" competitions are now found in major tournaments, and classes that teach these acrobatic movements can be found in more and more martial arts schools.Angelo is well aware of such trends. "It's obviously not for combat, but even in the UFC, I've seen a couple of people jump off the cage and make it work in a fight," he said. "It's another part of the evolution. What you see on the screen will always influence you."

Mark Jacobs is a freelance writerand martial artist based in New York. For more information, visit his website maworldreport.com.