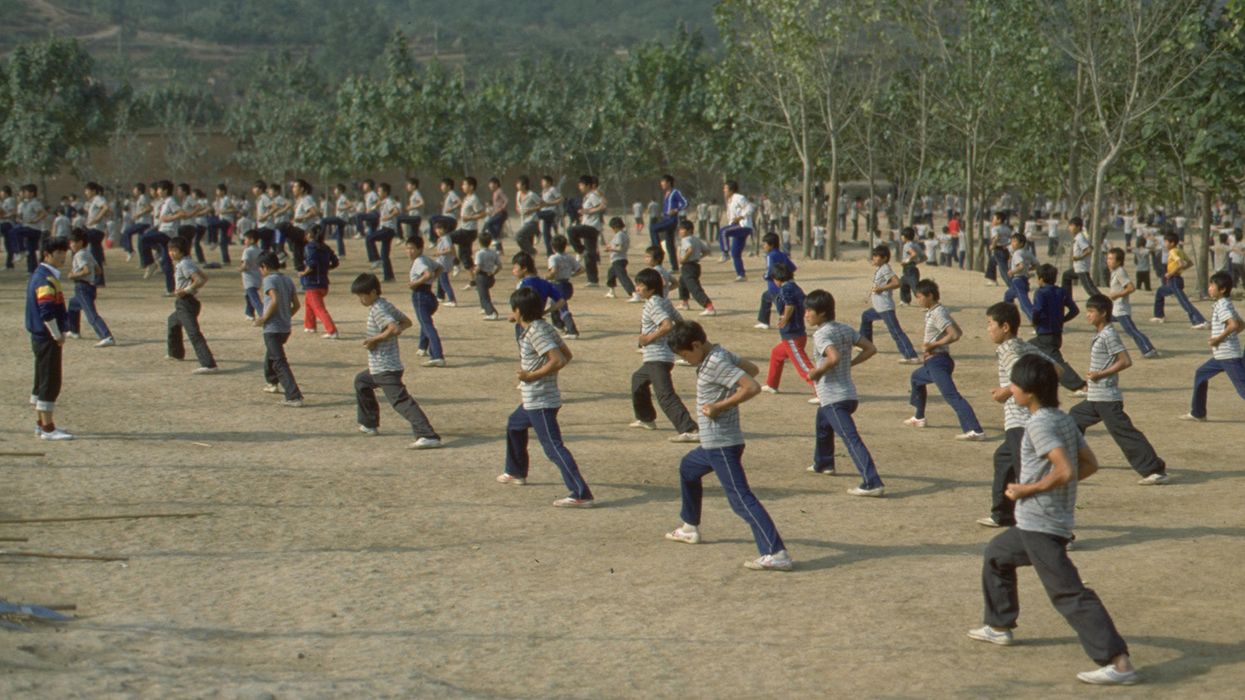 To properly introduce the Chinese martial arts, one must discuss the utilitarian, natural, poetic, philosophical and ethical aspects of kung fu, as well as basic differences between the major schools. From the utilitarian or combative point of view, kung fu generally consists of the following:

These five categories encompass the 400-plus classical systems of kung fu that have appeared during China's vast martial history. Because the manifestations of combat are infinite, a structure was needed to provide a reason for the what, where, how and why of the movements, as well as a method for systematizing training.

Generally, the techniques in the South concentrate on hand movements, while leg work is predominant in Northern styles. Naturally, Southern systems also have foot techniques, but they use them far more sparingly and cautiously. Rarely are there high kicks or flying kicks such as those that typify the Northern systems.

A demonstration of nan chuan, or southern fist, performed in South Korea.

Both the physiological differences between Northern and Southern Chinese people and the geographical differences between North and South China contributed to the contrasting approaches to combat that evolved in each region. Northerners are usually taller and have longer limbs than Southerners, who tend to be shorter. It seems quite natural, then, that Northern Chinese would take advantage of their extended reach and develop long-distance fighting techniques with emphasis on leg work.

Second, Northern regions of China suffer harsh winters, so inhabitants must bundle up in thick clothing to stay warm. Heavy leggings make it difficult to kick with a snapping motion that uses the knee as a hinge. Hence, the Northerners employed more high, straight-legged kicks and developed wide, sweeping motions and floor rolls, all done with legs extended. Another reason for stressing leg work was that the Northern Chinese, especially those descended from nomadic tribes, were excellent horsemen, which meant that their lower bodies tended to be particularly well developed.

In contrast, Southern systems stress close in-fighting, with a strong, firm stance as a base for generating powerful hand techniques. The reason often suggested for the development of such in-fighting is that cities in South China were more congested, so self-defense movements had to work in confined areas. Also, in the South, much activity happened on junks and sampans, so a strong stance was necessary to maintain balance when fighting on the rocking vessels.