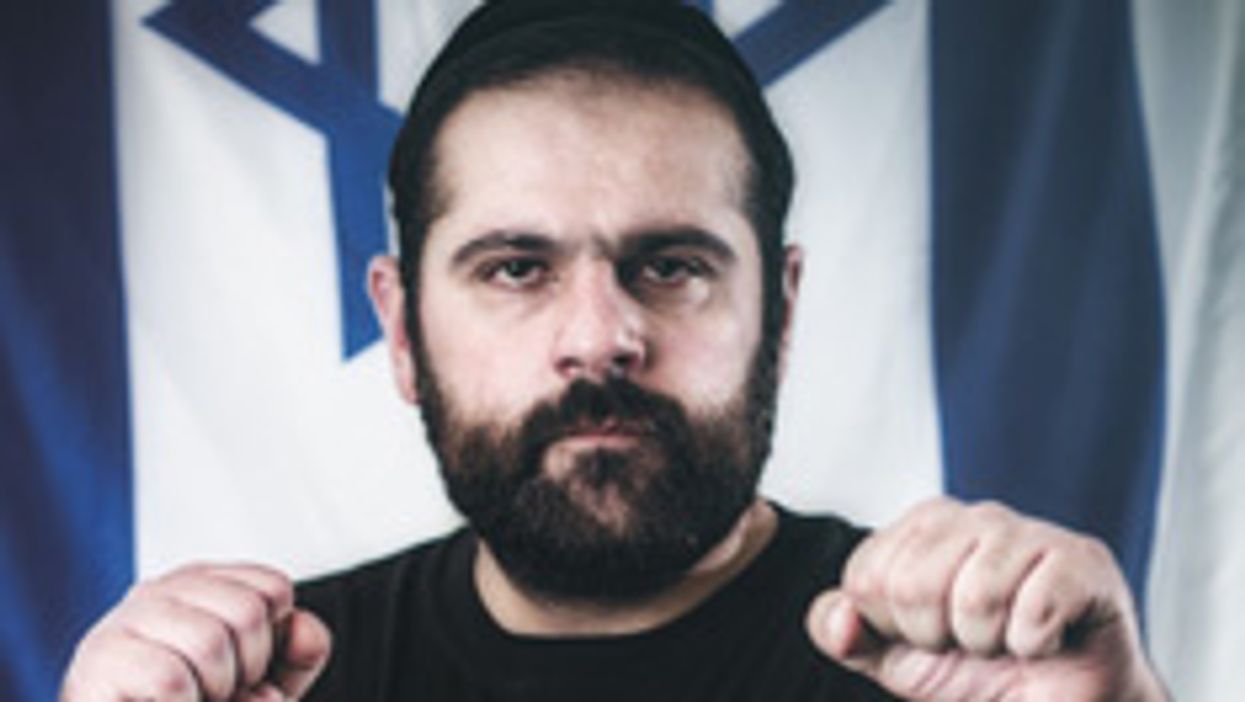 In this video excerpt from his 6-DVD set, Krav Maga Personal Protection, krav maga security expert Alain Cohen addresses the question: Is krav maga effective against kicks? Watch as he shows you several techniques for handling such a situation!

When Israeli officials want their soldiers to beef up their fighting skills, they send them to train in krav maga. For Israel's elite law-enforcement officers, soldiers and bodyguards, however, their training option of choice is krav maga security — a reality-based, close-quarters-combat system founded by Alain Cohen. Krav maga security is, of course, based on the Israeli martial art of krav maga. However, it takes the art in interesting directions — both mentally and physically — to make it especially appealing to security professionals. But is krav maga effective in situations involving kicks? In this exclusive krav maga video excerpt from his comprehensive six-DVD set Krav Maga Personal Protection: The Israeli Method of Close-Quarters Combat, Cohen presents options for handling a kick.

Learn how to be a weapon rather than carry one in this FREE download! Alain Cohen: 4 Krav Maga Techniques From the Israeli Military (Includes a limited-time 25% discount promo code for our online store!)

A hallmark of reality-based fighting is an emphasis on a smaller set of techniques, and krav maga security maintains that tradition. Alain Cohen believes that a "less is more" approach yields two benefits: 1. It prevents the freeze that can occur when a martial artist must choose just the krav maga technique from the hundreds (or even thousands) that he may know, and ... 2. It enables him to focus practice time on each of the fewer krav maga techniques.

Through using this "less is more" approach, Alain Cohen says that “the student can better assimilate the essential principles in less time.” Ideas such as this have evidently worked for Alain Cohen. His krav maga security training program is taught in the United States, France, Italy, Spain, Switzerland, Poland, Denmark and Belgium in addition to Israel, where he’s based. Learn more about krav maga security techniques in Alain Cohen's six-DVD set Krav Maga Personal Protection: The Israeli Method of Close-Quarters Combat, which includes krav maga moves organized into six belt levels (leading to black belt). And check out these videos and articles featuring krav maga techniques taught by other top-notch experts! To learn more about krav maga security, visit Alain Cohen's Krav Maga Federation site at krav-security.com. Check out awesome krav maga and kapap books and DVDs in the Israeli martial arts section of our online store, including Alain Cohen's six-DVD krav maga techniques set as well as Kapap Combat Concepts: Martial Arts of the Israeli Special Forces.
From Your Site Articles
Related Articles Around the Web