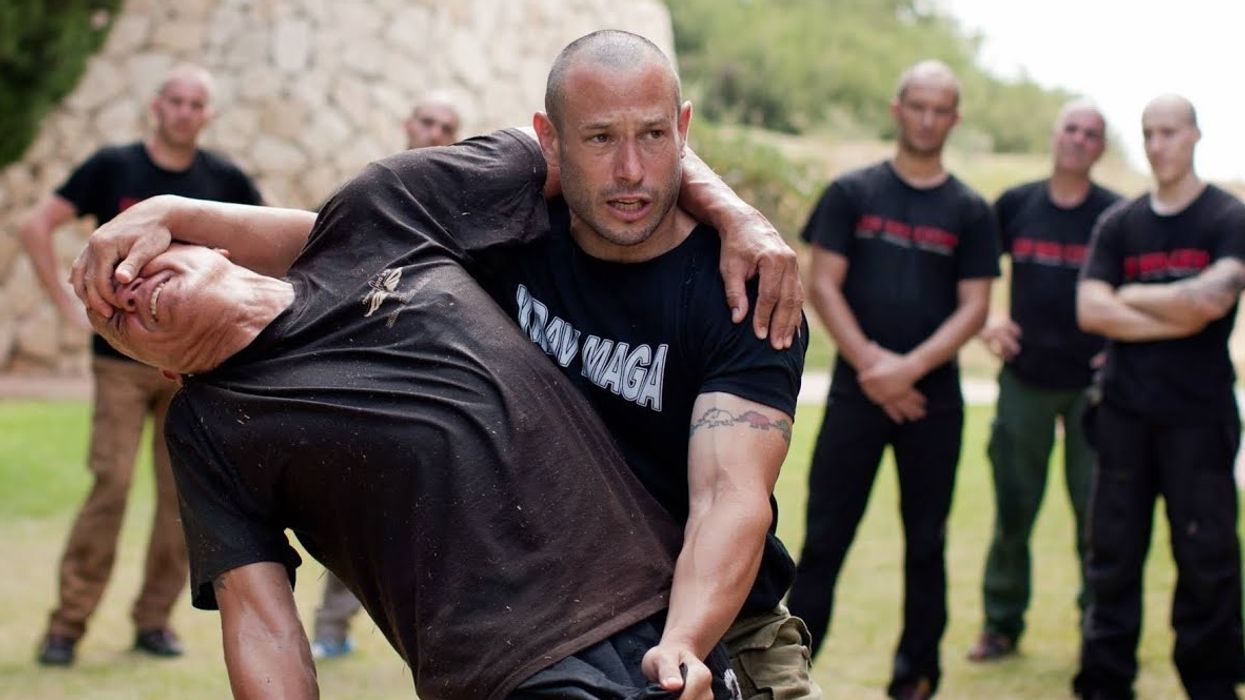 As the popularity of reality-based self-defense continues to grow, we thought Black Belt readers would appreciate a closer look at what's probably the world's first RBSD system, krav maga. We spoke with Darren Levine, head of the Los Angeles-based Krav Maga Worldwide. His historical insights and training tips are sure to be appreciated by self-defense students everywhere. —Editor

Black Belt: Is part of what makes krav maga unique the life-and-death pressures faced by its founders in Israel and its current practitioners in the military and law-enforcement communities around the world?

Darren Levine: Krav maga was born out of a need for self-defense. That's not unique to Israel; it's also present in other countries that have a high level of violence. It's interesting to look back at the martial arts. So much emphasis was placed on pure, clean techniques — punching, kicking, breaking, forms and so on — that the instructors started saying to students: “You have all these great tools. Do whatever you want for self-defense." That's not born out of a need.

When you're a soldier and someone is attacking you with a rock or a knife or a gun, it's not “Do whatever you feel like." When problems like that come up over and over in an environment, you're motivated to build a self-defense system that's based on real-life dangers.

BB: Is it fair to say that people who've perfected their punches, kicks and chokes but who haven't faced rocks, knives or guns are more likely to freeze up under stress because they don't have mental access to their techniques? In contrast, is it accurate to say that krav maga practitioners, because they train in high-stress situations that involve those variables, have a quicker response to danger?

Levine: To survive, you have to be ready physically, emotionally and spiritually. If you've never faced someone trying to stick a knife in you multiple times — not just once, like many people train — and if you don't face that on a regular basis, you won't increase your ability to survive. We never promise to make people 100-percent safe. We are saying that if you don't train that way, you have a deficit in your preparation. We aim to increase your chances of surviving by 25 percent, 50 percent, 75 percent. No one can say 100 percent.

BB: So what are the secrets of krav maga's success?

Levine: First, we teach specific techniques that have been found to work against specific families of attacks. Second, we put people under tremendous stress. Our training replicates the things we need to do on the street to survive. We build those skills so we're ready to fight. Third, we train people when they're confused and tired. We divide their attention, use multiple attackers and keep them from knowing when the attack will start. We use drills that increase aggressiveness to put students in touch with that part of their psyche. We take them to the point where they think they're about to quit, but they don't.

You don't see that in a lot of arts, but in krav maga, the reality-based arts, Brazilian jiu-jitsu and Thai boxing, people know that it's mind-body-spirit and that the techniques need to be realistic.

BB: Explain the families of attacks you mentioned.

Levine: If your self-defense system has 1,500 techniques and those techniques are specific to exact attacks, the way life is, you'll probably walk down the street and find yourself facing attack No. 1,501. I'd rather learn a self-defense system that has the smallest number of techniques that apply to as many attacks as possible. Then there's less repetition involved in learning it, which means you can work on other things like stress. And it's less confusing when you're in a fight.

So when I say “families of attacks," that means we divide them into unarmed attacks (strikes, locks, holds, bear hugs and so on), firearms (with the sub-categories of handguns, shotguns, rifles and sub-guns), edged weapons (knives, screwdrivers, broken bottles, box cutters, etc.) and blunt objects (sticks, coffee mugs, stones, saps, poles, etc.). Then there are mixtures or hybrids—like the ax, which is an edged weapon and a blunt object.

This is important because you must have a good understanding of danger before you can come up with answers. Analytically, if you're not prepared to discern the difference between those families of attacks, you won't come up with the best answers. It's something krav maga has done brilliantly. It's a thinking-man's style of self-defense. We have the fewest techniques that work against the most variations.

For instance, during the photo shoot, we started a technique with a shotgun, then switched to the shorter sub-gun. Someone asked if the response is different. No. It's the same. And it would have been the same if the weapon had been a pole that was being used to stab you. The techniques should apply to a variety of attacks.

BB: Are there generalized self-defense principles for each family?

Second, control the weapon. That involves two things: You can't let the gunman put the line of fire back on you, and you should never put your body back in line with the muzzle.

Third, that gunman is fighting for his life, so every technique should involve a ferocious attack. You've dealt with the weapon, so now you must break the computer that's telling the body to hold it.

BB: What about the edged-weapon family?

Levine: By far, edged weapons are the most dangerous. There are two ways a knife can be used: It can be held against you, maybe at your neck, or it can be in motion — stabbing. Against a stab, you have to redirect the action and attack the person.

The worst thing about knife attacks is, most people don't ever see them coming. In my experience as a prosecutor, most police officers and civilians who are attacked find themselves thinking, "Wow, that guy can hit!" Until they start coughing up blood, until they see their face sliced open, until they realize they can't breathe anymore, they don't know they've been cut. Anyone who knows anything about knives will not show it to you before using it against you.

BB: Then how is there any hope of fending off a knife attack?

Levine: That's a good question. In most systems, they teach one way for defending against a hand attack and another for a knife attack. If punch defenses don't work against knife attacks, too, the system will eventually fail.

In krav maga, every empty-hand defense we do takes into consideration that the person might have a knife, and it works whether he does or not.

For example, in boxing, when someone throws a hook, you bend your arm and use your upper arm and forearm to cover the side of your head. On the street, if you do that and it's only a punch, fine. But if there's a knife in the attacker's hand, you'll get stabbed in the arm or the head or the neck. You might be done. That's why krav maga teaches you to keep the attacking arm away from you by bending your arm at 90 degrees and using it to stop the arm.

At the same time, you must attack. That breaks the signal the bad guy's brain is sending to his muscles to attack. When he's thinking stab, stab, stab and he walks into a punch, it stops.