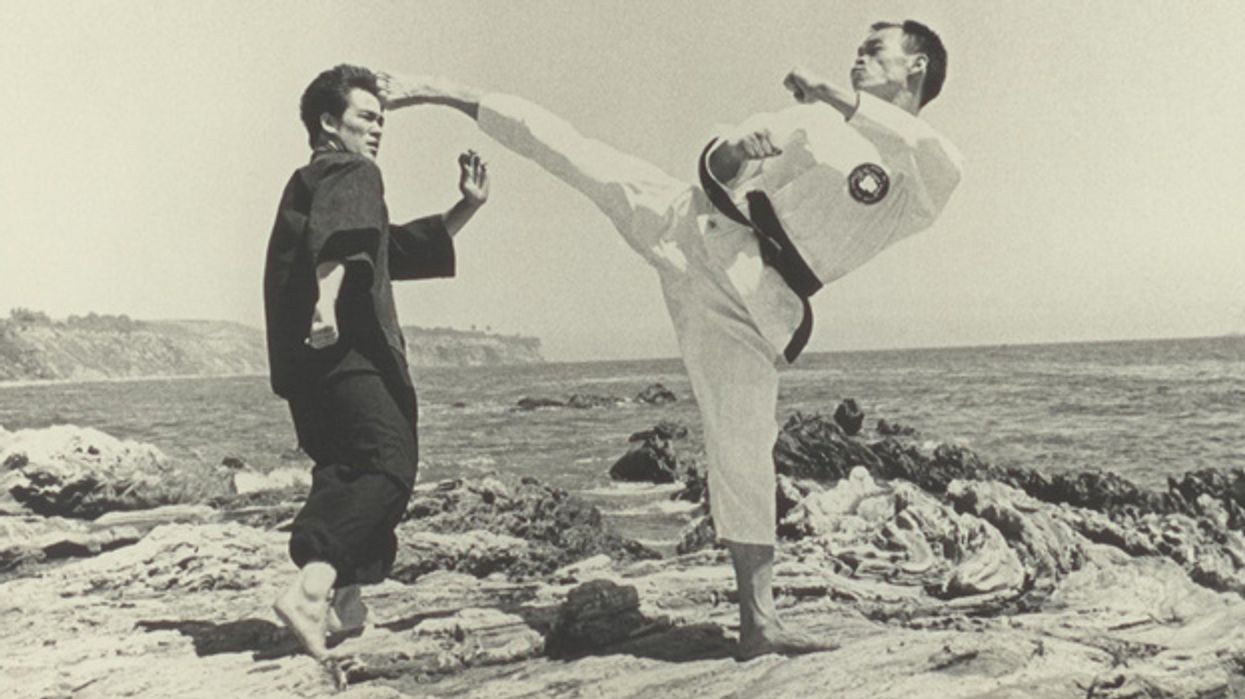 While exact figures are hard to come by, most experts in the martial arts industry would agree that Korea has won the race. Taekwondo is by far the most popular style in America, and once you figure in tang soo do, hapkido, kuk sool won, hwa rang do, soo bahk do, kumdo and the like, Korea's dominance becomes even more apparent. Despite what some critics claim, Korea rules for one simple reason: Its arts teach Americans a host of skills and attitudes that, year in and year out, are improving the lives of their students. The following is a list of some of those benefits as identified by 20 movers and shakers in the martial arts.
— Editor

"Most important is taekwondo's traditional roots, which are preserved and honored as they're passed down from generation to generation through mind and body training. Nevertheless, we taekwondo instructors strive to base our technical curriculum on a scientific approach to maximize the effectiveness and explosiveness of each execution.

"Individuality is respected as a way to thrive in the art; it's not seen as an obstacle. Every student has strengths and weaknesses, and a lack of competition skills doesn't define a student as any less of a champion than one who has won several medals."

"The strengths of the Korean martial arts lie in basic skills and fundamental movements (striking, kicking and mobility). In taekwondo, hapkido and moo duk kwan, we learn to be in control of each movement of the body. In so doing, we incorporate the concepts of wellness and fitness throughout life.

"Another benefit is goal setting. The concept of mastering skills or moving from one rank to another requires discipline, focused training and the formulation of a plan that may be employed outside the martial arts."

"I learned from a Korean taekwondo instructor — Chung-Sik Choi of Binghamton, New York — a lesson that all Korean instructors try to instill: the philosophy of indomitable spirit. While training for the Olympics with master Choi back in 1987, I finally learned how to achieve that. When my endurance was failing during a kicking drill, he kept shouting at me to keep going. I snapped and yelled, 'I'm trying!'

"He stopped, lowered the kicking pad, looked me straight in the eye and said: 'Try is not good enough! Everyone tries ... not everyone is a champion! Don't try, just do!' Then he raised the pad for me to continue the drill.

"I learned how to 'just do,' and those words helped me win Olympic gold and achieve success in Hollywood, in motivational speaking and, most important, in life."

"To understand hwa rang do's unique qualities, you have to ask three questions: Where does it come from? What can it do? What is it for?

"First, hwa rang do has an ancient lineage, drawing upon the legendary Hwarang warriors and codified in the 1960s by Dr. Joo Bang Lee. It's not a recently baked, Internet-advertised miscellany of tricks and techniques.

"Second, from its beginnings, hwa rang do deployed the full breadth of fighting techniques — strikes, kicks, joint locks, throws, grappling moves and weapons — that have been popularized by the mixed martial arts.

"Finally, hwa rang do's purpose is to help us flower as human beings and leaders through disciplined training within an ethical tradition."

"Taekwondo isn't just fighting. To me, fighting is 10 percent of it. The other 90 percent is about developing human character. The qualities of a taekwondo champion also apply to everyday life and business.

"Taekwondo teaches you how to be fast. That can be transformed into the human quality of a person who thinks fast. When you think fast, you read a lot of books to know about life. So your knowledge transforms into wisdom. It teaches you how to be patient and how to develop perseverance. It teaches good timing, which translates to being punctual and, in business, to delivering on time.

"Another lesson is how to develop devastating power for punching and kicking. The parallel outside the dojang is developing knowledge. That's why we try to help children apply themselves and reach academic excellence.

"The next taekwondo lesson is balance. When you kick high, you have only one leg to stand on. In life, you need balance, and you must strengthen your body, be honest in your heart and cultivate knowledge in your mind.

"The Korean work ethic permeates the way the Korean arts have blossomed and are taught in America and abroad. Much of the popularity of the Korean arts comes from the fact that these men and women worked very hard for a long time, and that work ethic is often passed down to non-Korean teachers.

"Jhoon Rhee and He Young Kimm are two of many national treasures of the Korean arts. Rhee especially stands out as an iconic figure, a Johnny Appleseed for the Korean arts, the Korean people and the millions of people he's inspired through his work."

"On the technique side of things, I find that the comprehensiveness of kuk sool won is one of its most important aspects. On the philosophical side, kuk sool won gives us a direct, unbroken connection to thousands of years of Korean martial arts techniques and philosophy. Nevertheless, it remains very adaptable to the needs of today's students."

"I took up the moo duk kwan system of taekwondo a long time ago under Richard Chun. The kicks — front, side, roundhouse and back — were excellent, as were all the techniques that incorporate them. Taekwondo deals specifically with taking somebody out; it was created for that, not for fancy movements or a ballet type of expression. The versatility of the art's kicking is exceptional.

"The precision of taekwondo is a big factor in its popularity. When Tiger Kim was involved in my shows, he'd knock an apple off somebody's head William Tell-style using a flying side kick. He showed that the art teaches not only the application of power but also precision."

"Traditional taekwondo was created in the 1940s and 1950s, a particularly tumultuous period in Korea's history. Subsequently, it retains much of the vibrancy and defensive value required by those times. Moreover, because the national Korean martial art contains more than 3,200 combat-proven techniques, it's a true system of self-defense and not merely a sport as many practitioners view it today.

"Coupled with meditation and ki-development exercises, the forms, breaking skills and self-defense drills offer a comprehensive program of study."

"One of the most significant facets of training in the Korean arts is the relationships you form with your instructors and fellow practitioners. When I returned to Korea to train in 1997, one of my teachers, Lee Jun-kyu, provided me with a place to stay. I lived with him and his family and trained in every class he taught. When we were not in the dojang, I did many other things with them. These memories are extremely important to me."