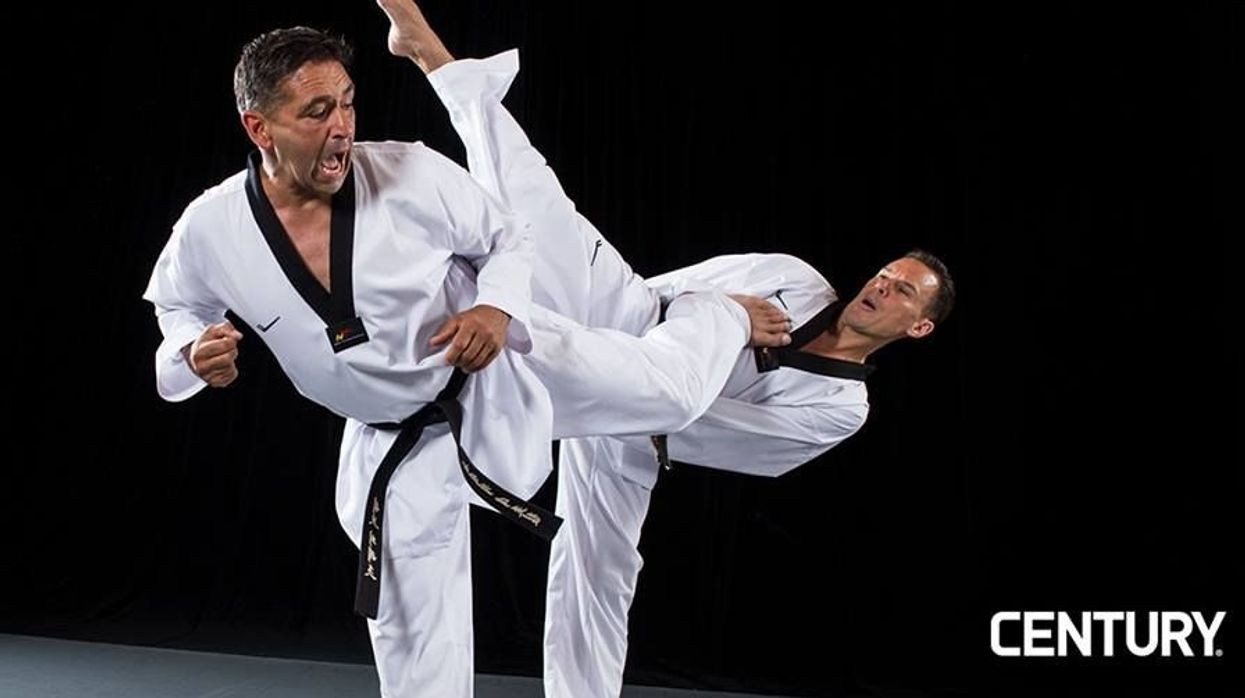 Recap: While exact figures are hard to come by, most experts in the martial arts industry would agree that Korea has won the race. Taekwondo is by far the most popular style in America, and once you figure in tang soo do, hapkido, kuk sool won, hwa rang do, soo bahk do, kumdo and the like, Korea's dominance becomes even more apparent. Despite what some critics claim, Korea rules for one simple reason: Its arts teach Americans a host of skills and attitudes that, year in and year out, are improving the lives of their students. The following is a list of some of those benefits as identified by 20 movers and shakers in the martial arts.
—Editor

What makes taekwondo beneficial is that it's a complete art. It has a traditional code of conduct, but it's still progressive in its techniques. Also, taekwondo is great because it has something for everyone, from women and children to men seeking competition.

Founded by Pak In-shyuk, the art of kong shin bup is a comprehensive style that encompasses a wide selection of ho shin sul (self-defense techniques), including ground work, kicking, punching, throwing, acrobatics, falling, weapons, meditation, ki training, forms and more. As such, it has the benefit of not requiring cross-training. However, that makes it harder to achieve legitimate rank. Interestingly, the attention to detail that's required to advance becomes a great asset to students.

In our art, forms training is done to benefit the practitioner's health — as a sport-specific exercise. A person can run through his forms from beginner to master level and get a complete workout that's designed to enhance health rather than to simulate a fight.

The full-contact nature of the sport of taekwondo, combined with the resources available at the National Olympic Training Centers, has created the perfect environment to foster excellence and creativity in the competitive arena. Much as Formula 1 racing has transferred knowledge into the mainstream through the application of technical advances to consumer vehicles, the casual dojang practitioner is the benefactor of these technical advances. Taekwondo continues to grow as a martial art and sport, much as boxing does and for similar reasons.

Tang soo do requires a lot of flexibility, balance and patience. It has strong basics that it make easier to go on and study other styles from other countries. Without these things, I don't think I would be where I am today.

I've always enjoyed the aesthetics and athletic challenge of kicking, which is the core of taekwondo. While not always the most practical martial art, it's certainly one of the most dynamic.

For me, the most beneficial aspect of traditional tang soo do is that one can use the lessons learned in everyday living. The practical approach to life is very Korean, and it's reflected in the strategies and techniques taught in Korean martial arts. Basic techniques, at first glance, seem to be simple and easy to learn. But with much practice, these same techniques become more sophisticated and prove to be a challenge to master.

Another aspect of tang soo do that fascinates me is that the highest rank attainable is ninth-degree black belt. There's no 10th-degree because we follow the philosophy that no human can reach perfection in this lifetime. This suits my sense of man's place in the universe.

Hapkido, or the “way of coordinated power," has taught me the benefit of trying to get along with people. Instead of “lead, follow or get out of the way," I try to “encourage, listen and, if need be, ignore."

The primary emphasis of the Moo Duk Kwan school is to encourage a practitioner's personal growth and development via his embodiment and application of the five values: history, tradition, philosophy, discipline/respect and technique. These values have been an integral part of the Moo Duk Kwan's history as conceived by the founder, Hwang Kee, and embraced and preserved since its inception.

A key component of modern farang mu sul is the five-range principle of combat, which refers to the distance between you and your opponent. The tools available in each range are identified and developed to a high degree, then integrated in an overlapping method.

When the distance changes according to the dynamics of combat, the tools change. If one tool becomes compromised, the next tool (based on the distance) will be available. These tools are practiced until they're instinctive, thereby removing the thought process. This makes a more well-rounded and effective fighter.

Instructor of hapkido, han ki do and han gum do

Technically, the Korean arts' methods for using the least amount of effort to create the maximum amount of force are impressive. The arts I teach start out hard and rough but get softer as you go up in rank. The big-circle techniques apply the water theory, which emphasizes spinning, soft, circular, flowing motions. All that becomes more attractive as you become older.