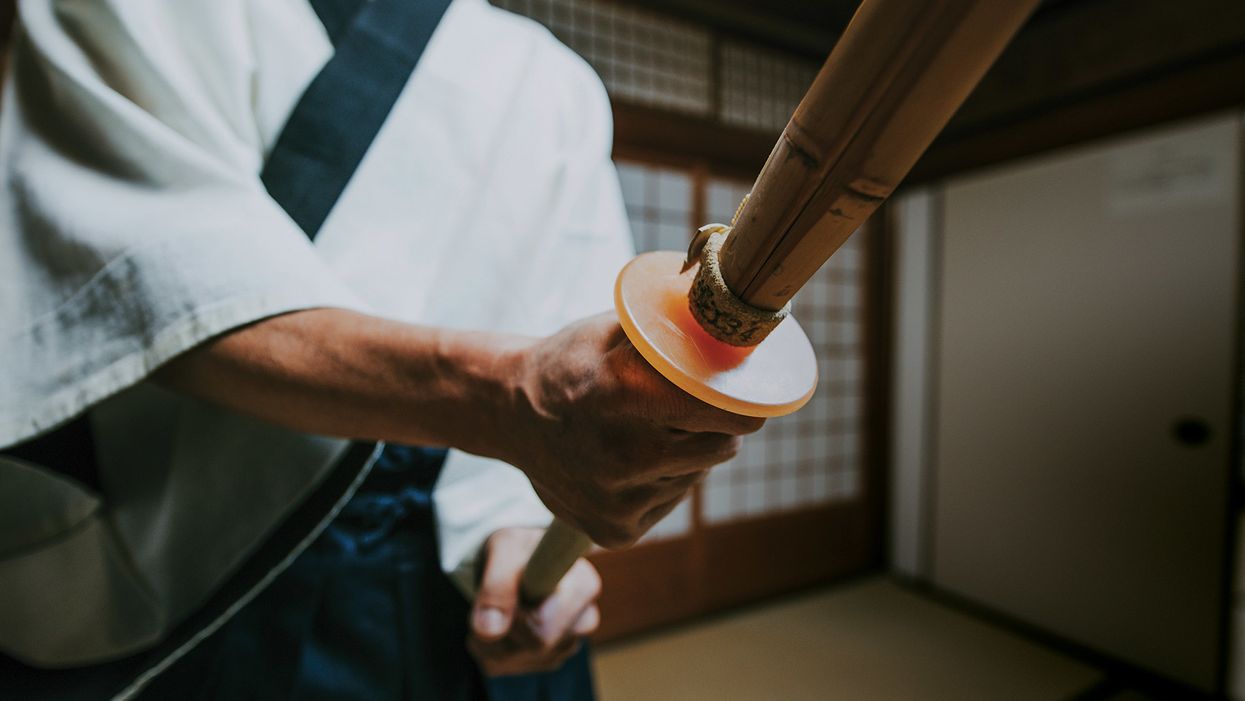 History has a flow; some characters are caught in the currents and carried along, while others fall into an eddy and are soon forgotten.

Most karateka will recognize names like Gichin Funakoshi and Choki Motobu. Far fewer know anything about Yasuhiro Konishi — even though he was a pivotal figure in the development of karate in Japan and its evolution as a budo.

Konishi was a person who was utterly occupied by budo. One of the kendoka attending Keio University at the same time was Tsuneshige Arakaki, an Okinawan. At a party, he demonstrated a karate kata. Konishi was instantly intrigued. He began learning the art from Arakaki.

After graduating, Konishi worked for a company for a short time, but in 1923, he opened his own dojo, called the Ryobu-Kan. There, he taught kendo and judo — and continued to learn karate.

This was a fertile period for karate in Japan. In 1922 Funakoshi demonstrated the art at judo's Kodokan, which attracted considerable attention. In 1924 Funakoshi approached Konishi and asked about renting space in the Ryobu-Kan for training. At the same time, two other Okinawan karate experts, Motobu and Kenwa Mabuni, also came to the Ryobu-Kan, using it for their own training.

Meanwhile, Konishi pursued his kendo practice, learning under Nakayama Hakudo, one of the luminaries in the sword art. Simultaneously, he worked with aikido founder Morihei Ueshiba, who encouraged him to create a karate kata that emphasized a formal system of footwork.

Think about it: The most famous and accomplished martial artists in early 20th-century Japan were either training or teaching at Konishi's dojo — or they were tutoring him. It's fascinating to think about the energy and talent that existed in that small space. Additionally, in the early 1930s, boxer Tsuneo "Piston" Horiguchi came to Konishi to improve his skills. That same year, he won the featherweight boxing championship of Japan.

One of Konishi's more interesting contributions to karate's early development had to do with the establishment of the art as a real form of combat.

This was a period when karate schools were being encouraged by the Japanese government to formalize their organizations. Karate in Okinawa had always been taught in a very informal manner. The Japanese wanted names and specific curricula to keep things in order. Given the rising militarism and government control in Japan, the urge was to codify everything. In response, Konishi chose the name Shindo Jinen Ryu for his system.

Characters for the second word are more commonly pronounced shizen, or "natural." Shindo refers to the "divine path" and was a clever choice by Konishi. Many schools of swordsmanship used this term in their names; it suggests a divine inspiration for the founding of the school and connects it with Shinto. By using it, Konishi implicitly linked his karate with ancient Japanese traditions, making it seem more familiar and worthy of respect.

Konishi was also instrumental in gaining official recognition of karate within the influential Dai Nippon Butoku Kai. Using his position as a senior kendo instructor, he convinced the leaders of the Butoku Kai, who controlled all the modern budo in Japan, to include karate in their sponsorship. He was the first karateka to receive, in 1935, a title as a Butoku Kai ranked teacher. Despite the fact that Funakoshi, Mabuni and Motobu were his teachers, they would not receive this title until six years later.

One of Konishi's more interesting contributions to karate's early development had to do with the establishment of the art as a real form of combat. Remember: There were hundreds of jujitsu schools all over Japan during the '20s and '30s. They fought among themselves, mostly to establish which school was the "best." Challenges were common and the competition fierce. So you can imagine how these schools reacted to a completely new fighting art coming onto the scene and trying to make a name for itself.

When Funakoshi began publicly teaching karate, those challenges were numerous — and serious. Here's how it worked:

You came to the dojo and requested a challenge. You would then face a senior student. Beat him and you had the right to face the teacher. Beat the teacher and you took the dojo sign as a trophy.

Fortunately for Funakoshi, he had Yasuhiro Konishi and another senior student named Hidenori Otsuka, both of whom were eager to face these challengers. That they were successful did as much to solidify karate's reputation as its official recognition by the Butoku Kai.

Finally, Konishi made a less dramatic but equally important contribution. He was an adherent of sekkotsu, a practice similar to chiropractic. He also had a thriving real-estate business. These afforded him the funding to keep up his dojo as a gathering spot for martial artists, and they allowed him to sponsor karate teachers. Motobu, for instance, had little money and did not speak Japanese well. It was Konishi who provided the funds for Motobu to stay in Japan and teach.

After he died in 1983, Konishi's son took over the Ryobu-Kan. It remains a small but energetic karate system in Japan and has practitioners and teachers throughout the world.

It's useful to look back at what Konishi did and how he did it. He was an accomplished fighter, a successful entrepreneur and a respected senior in the budo community. He's not as famous as other Japanese karateka, but he is a good model for those who want to pursue karate today.