Knifehand Strike Is the Key to Self-Defense 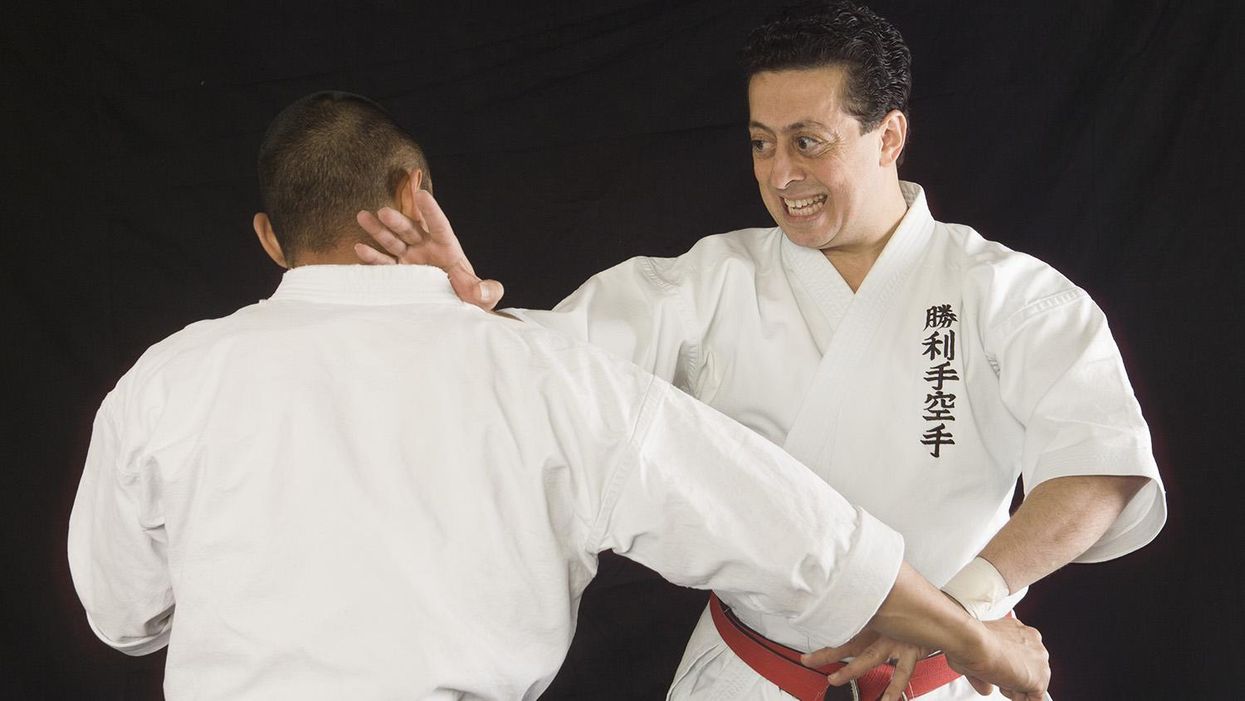 The Knifehand Strike Is Part of Almost Every Martial Art Because It Works!

It's been called the edge-of-the-hand strike, the knifehand, the ax hand, the shuto, the thousand-hand strike and the judo chop. It can be found in virtually every martial art from karate to kung fu and in every kata from those practiced at the Kodokan to those done at Kukkiwon.

So how did this time-honored technique go from martial arts mainstream to martial arts punch line? How did the only strike found in almost every established martial art go from secret technique to something your grandfather did?

The fate of the edge-of-the-hand strike was sealed in 2002 when Austin Powers executed his patented "judo chop" in the movie Goldmember. Since then, it's been called outdated, labeled ineffective or simply ignored.

While most martial artists and self-defense enthusiasts have abandoned the technique for Western-style closed-fist strikes, there's still a group of steadfast practitioners who know the full story and understand how to correctly apply the move that was described as "the most deadly blow without the aid of a weapon" by American close-combat pioneer Col. Rex Applegate.

While working in China, Applegate and other close-quarters-combat experts in the early 1900s realized how effective the edge-of-the-hand strike could be, and they proved it time and time again in real-world situations. However, because of the rise of Western boxing, kickboxing and now MMA, it's been put on the back burner.

While the strike has little application in the ring, it's still effective for what it was designed for: close combat and self-defense. In fact, it's the most versatile method of striking and — even better — it can be mastered relatively easily.

Despite the delicate bone structure of the appendage, the edge and heel of the hand are the only two places that can naturally take a lot of punishment while suffering a minimal amount of damage.

That's in stark contrast to the punch, which may appear formidable in the ring but, when delivered without the protection of hand wraps and gloves, frequently leads to shattered knuckles or dislocated fingers if a skull or elbow is hit.

To be effective with a punch, you must condition your hands — which can take months or even years of dedicated training. To be effective with the edge-of-the-hand strike, however, you need only invest in a few weeks of training, after which you'll be able to hit any target on your opponent's body and inflict maximum damage with little or no injury to yourself.

The edge-of-the-hand blow can be used from any angle or position. On your feet, it enables you to protect the vital areas of your head and neck while you take ground, keep your target off-balance and deliver a barrage of strikes.

On the ground, it's also useful. From a dominant position — for example, the mount or guard — the edge of the hand is incredibly effective. If you try to punch a constantly moving target, you stand a good chance of shattering your knuckles on the ground. You also run the risk of breaking bones in your hand if you hit an elbow or head.

Because the edge-of-the-hand strike is delivered along an arcing path, it minimizes the chance of coming into contact with the ground. That empowers you to deliver a series of hard, fast strikes without the risk of sustaining an injury that might render you incapable of continuing.

Even from the bottom position in a grappling encounter, you can distract and defend yourself against an onslaught of punches from an assailant. By maintaining a rocking motion and keeping your chin tucked, your head off the ground and your elbows raised, you can protect yourself while trying to improve your position.

Experts agree that when it comes to survival, you need to cause as much damage to your target as rapidly as possible while maintaining the integrity of your bone structure. The edge-of-the-hand shot is the keystone of this concept.

It enables you to hit anywhere with a sharp, powerful blow, the results of which can range from a stunning strike to a fight-ender. With a little training, an average person can develop good technique; that same amount of training will enable a martial artist to create an awesome strike that works in a variety of situations.

With the rise of combatives, the judo chop is making a comeback as more and more people are recognizing their need for no-nonsense self-defense techniques. It proved itself on the streets of Shanghai in 1910, and it's every bit as effective in the cities and towns of America in the 21st century.

About the author: Damian Ross holds a fourth-degree black belt in tekken-ryu jujutsu, a second degree in Kodokan judo and a second degree in taekwondo. He wrestled at Lehigh University and has worked as a doorman and security specialist.