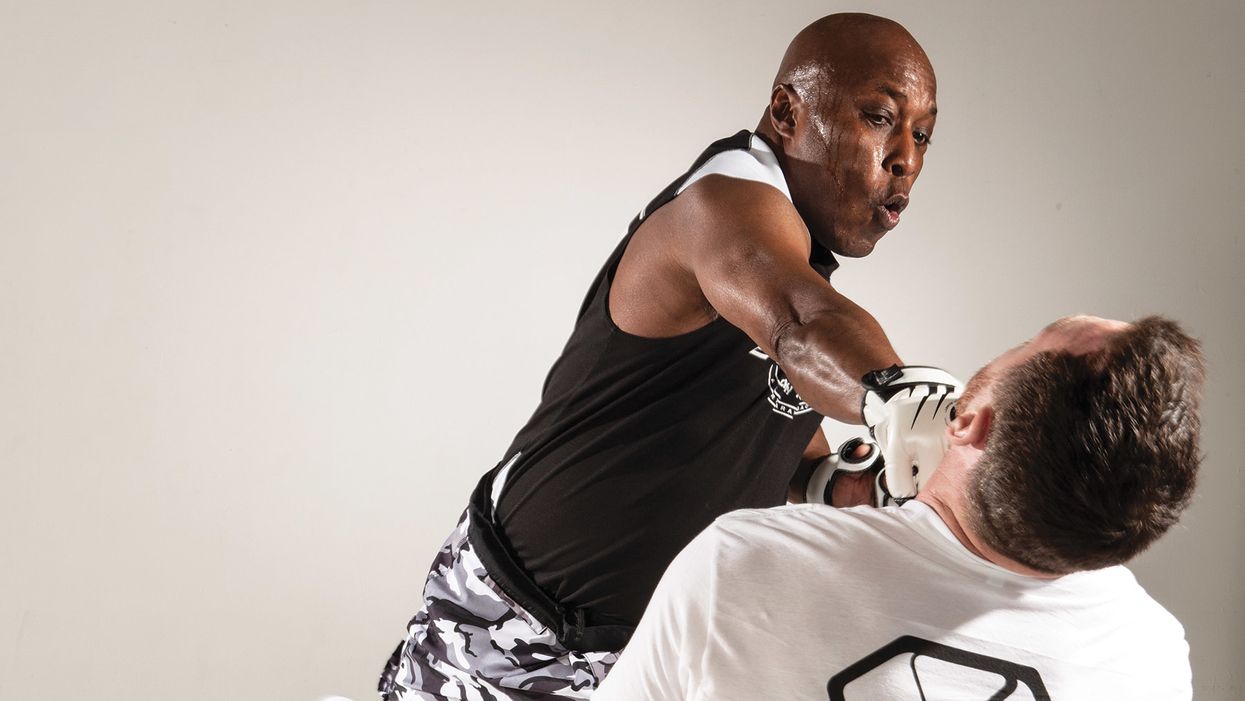 Willie Johnson is a pioneer in the American martial arts.

Raised on the East Coast, he trained under Dennis Brown, Tayari Casel, Tony Lin and other Chinese martial arts authorities. Johnson then made a name for himself on the tournament circuit, taking top honors at the U.S. Open, WAKO World Championships, Battle of Atlanta, PKA National Karate Championships and other events. In 1985 he became the second American to be certified by the Beijing Physical Culture Institute. In 2000 he was Black Belt's Kung Fu Artist of the Year. Nowadays, Johnson spends most of his time making sure our industry tailors its offerings to the needs of the next generation. That was the topic of his recent conversation with Black Belt, which yielded the following comments.

"If you're in my house, you've got to practice martial arts. You don't have to become a champion or go into the movies, but you've got to go to a dojo and learn those core values that are missing in our society. Those values saved my life, and they are important for everyone to learn."I've got five kids, and four of them have earned their black belt. All of them have worked in my dojo. They have learned all the elements needed to be a complete martial artist, and that has made their lives better."

"When it comes to having kids practice traditional martial arts or MMA, the teacher matters more than the system. If the teacher is not willing to adapt what they're teaching to the individual's level of comprehension and find a way to guide the individual and allow that young person to grow and mature in their understanding of the system, then I don't care what system it is. If a teacher can't relate and adapt, you could get hurt in tai chi.

"That said, I believe our duty is to bring about a change in the way martial arts are taught and the way curriculums are developed. A lot of selfish and egotistical things were going on in the martial arts when I was coming up, and they made me tread a path that I'm not going to say I regret but that could have been different. Knowing that kids are more intelligent today, I feel like it's my duty to make sure that they don't have to get beat up in class, that they don't have to go through that emotional beatdown that used to be considered normal. Instructors have a duty to tune the curriculum to a level that brings solutions to our youth."

"If you're in martial arts, you know that MMA is one of the most popular things out there. Kids think it's cool. They get a chance to see a lot of new things — fighters, arts and techniques. All the techniques they know from the traditional arts are being executed right there in front of them. It comes back full circle: Every art is effective if you have the right timing, the right speed and the right coordination to make it work under pressure. That's the enjoyment of watching MMA — for kids as well as adults.

"That's why I believe in using MMA to help kids. That's why my wife Kimberly, who used to be one of the top female competitors in the country, and I 'connected' point MMA. I don't like the term 'create' because I think we added structure to what was already out there so it became a curriculum.

"We have a point MMA curriculum that covers safe competition and takes students from white belt to black belt. We have proved that kids can do a form of MMA and not get injured. They have a good time, and they learn all the lessons of the traditional arts. That's one of the most important roles that teachers have: to make it clear that everyone holds on to the integrity of the martial arts."

"The lifestyles we see in MMA have good and bad sides. The bad side has been around for a long time. It was around when I was trying to get out of the inner city. It's about disrespecting women, drinking, cursing — all the things that go against the values of the traditional martial arts. That's why the most important thing in the education of kids is the teacher. That's what we have to promote.

"It's up to us to help kids grow. It's up to us to influence kids so that even if they go out and make a mistake, when they decide to turn their life around, they have a place to come. They have to know that when they're ready to change their life, they can do it. Give me the baddest kids on the planet, and I guarantee they will be OK after training for a while."

"Martial arts training, whether traditional or mixed, is the best way to realistically get young people emotionally ready to take on life's obstacles. They learn how to think right, how to physically stay in shape, how to aspire to be something higher than their dad or their teacher, how to be a leader — all those things!

"I'm doing all this because I want to express my love for the martial arts and pass it along to the next generation. One of the problems is that we teach our art and don't remember the people who made it possible for us to be doing what we're doing — people like Joe Lewis, Chuck Norris, Bruce Lee and Mike Stone. I always make sure my students know about them. If I hadn't been able to stand on the shoulders of these giants, I wouldn't be here, and I wouldn't be able to help our kids enjoy all the benefits of training in the martial arts."