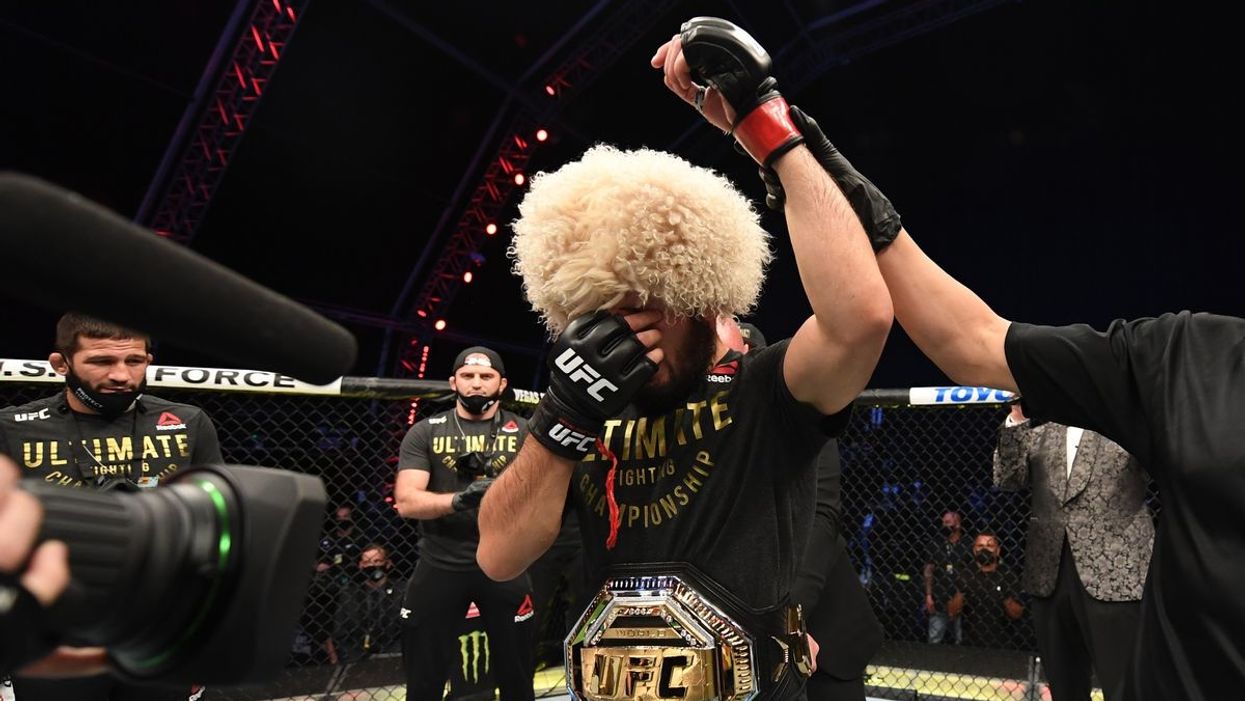 Gaethje employed a stick and move strategy that helped him avoid Nurmagomedov's relentless wrestling game until the end of the first round when the champion took him to the mat and easily passed his guard going for an armbar attempt. Though the bell sounded before Nurmagomedov could cinch in the armbar, he was instantly back to work in the second round taking Gaethje down, mounting him and wrapping his legs around the challenger's neck to fall back into a perfect triangle choke. Gaethje quickly tapped but, when referee Jason Herzog was slow to step in, he appeared to briefly go unconscious.

Nurmagomedov, competing for the first time since his father passed away earlier in the year, immediately announced this would be his final fight. If he does stay away from the cage, he leaves the sport with an unblemished 29-0 record.