What is Greatness? - Kevin Thompson Tribute 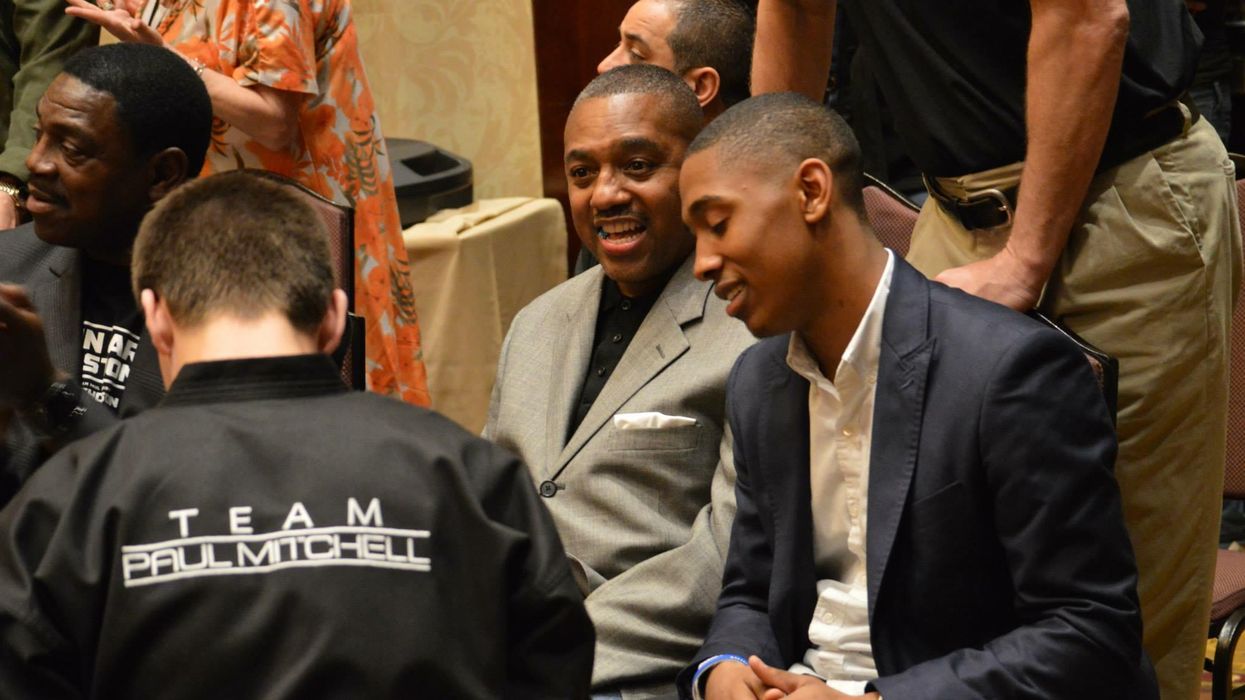 Kevin Thompson is widely regarded as the greatest sport karate competitor to ever live. He won grand championships in forms, weapons, and fighting for over 30 years. He passed away in January of 2020 after a long battle with ALS. The following describes how he taught a current champion about greatness...

I grew close to Kevin Thompson over those eight years, when I had joined him as a member of Team Paul Mitchell Karate and he received his diagnosis of amyotrophic lateral sclerosis (also called ALS, or Lou Gehrig's disease). Anyone who has followed sport karate for the past several decades mourned the loss of this hero, but his passing also gave us the opportunity to reflect, pay respects, and appreciate all that he had done for the sport. He inspired others by being the ultimate example of greatness, the standard that all others aspired to reach. However, many who admire Kevin's greatness only saw the finished product: awe-inspiring demonstrations of strength, athleticism, and technique. I believe that true greatness, like Kevin's, is defined by everything done off the mat- both in terms preparation and personal conduct.

This true greatness is best explained anecdotally. The first story is one that has been passed down in Team Paul Mitchell meetings for generations. I will describe it as it has been told to us on the team:

Coach Don Rodrigues, legendary coach and co-founder of the team, peers at the team from under his Paul Mitchell visor and tells us about a couple of visits he took to Kevin's house in New Jersey. During the first visit, Kevin showed Coach many of his training rituals. Kevin would practice numerous repetitions of each of his forms in every direction… as a warm-up. This was followed by hundreds of reps of all the major point fighting techniques on both sides, as well as a litany of exercises including running on the treadmill and doing pushups. This training routine alone most assuredly would have resulted in greatness, but there was one more part of Kevin's training that impressed Coach more than all the others. He noticed a bucket full of rocks in a corner of Kevin's training room and asked why it was there. Kevin proceeded to demonstrate how he would punch directly down into the bucket of rocks to strengthen his fists. When Coach Rodrigues returned on another trip several months later, the bucket of rocks had been pummeled to dust. That, my fellow martial artists, is greatness achieved in preparation.

The next two stories recount personal experiences that I had with Kevin that attest to his conduct and humility, another part of his greatness. The first occurred at the US Open in 2008. At the time, I was ten years old and largely unknown as a competitor. I was fortunate enough to be representing the Premier Martial Arts National Karate Team, but had never won a world championship or even competed on stage at a national event.

Kevin was, of course, already widely regarded as the greatest the sport has ever seen. I happened to be competing against one of his sons that day. I hadn't realized it yet, as Kevin was off competing in the adult division. I was simply waiting for my turn to compete when, out of nowhere, the greatest of all time approached me to ask if his son could borrow a spare bo for competition because he had forgotten his at home. This may seem like a small thing, but seeing one of my idols act so normal and polite was an inspiring display of humility. To put things into perspective, imagine that you are a 10-year-old attending a football camp over the weekend. How would you feel if Tom Brady walked up and asked you if his son could borrow some shoulder pads?

A young Kevin Thompson throws a front kick while working the bo.

The other story of his humility is about a moment that I will never forget. For as long as he could, until his ALS made it impossible to travel, Kevin always attended the Ocean State Grand Nationals. The event is promoted by Coach Don Rodrigues and his wife, Christine Bannon-Rodrigues, and has a "home turf" feel for Team Paul Mitchell members. It became routine for all members of Team Paul Mitchell to turn to Kevin and pay their respects with a bow before beginning their routine in the nighttime finals. I participated in this tradition and added a personal touch every time that I was fortunate enough to win the overall grand championship. I would walk straight off stage from receiving the award to visit Kevin and his family.

The first time that I did this was after winning the title with a traditional weapons form. I requested that Kevin take the trophy home as a reminder of how much he still inspired other competitors. He could have just taken the trophy, said, "Thank you," and that would have been it. Not only did he accept the offer, but to my surprise he asked me to sign the trophy for him. I don't believe he did this because he actually wanted my autograph. He did it because he understood how much it would mean to me that Kevin Thompson asked for my autograph. This is what champions do. This is what greatness is. It is understanding the impact that you have on other people as a result of what you have achieved.

I pay respects to my captain, Kevin Thompson, following my final performance in front of him.

To any student out there who wants to leave a mark on this sport, or to any instructor who wants to help their students have such an impact, always remember that greatness is defined by so much more than the martial arts that you practice. In order to reach that level of skill, you must prepare more diligently and with more passion than any of your competitors could ever imagine. More importantly, when you have finally achieved mastership as a practitioner, you must remember what cements a legacy. People may remember a great performance for a decade, but the impact that you have on others will be remembered forever. The willingness to inspire everyone that he touched is why Kevin Thompson will always be remembered. That is greatness.