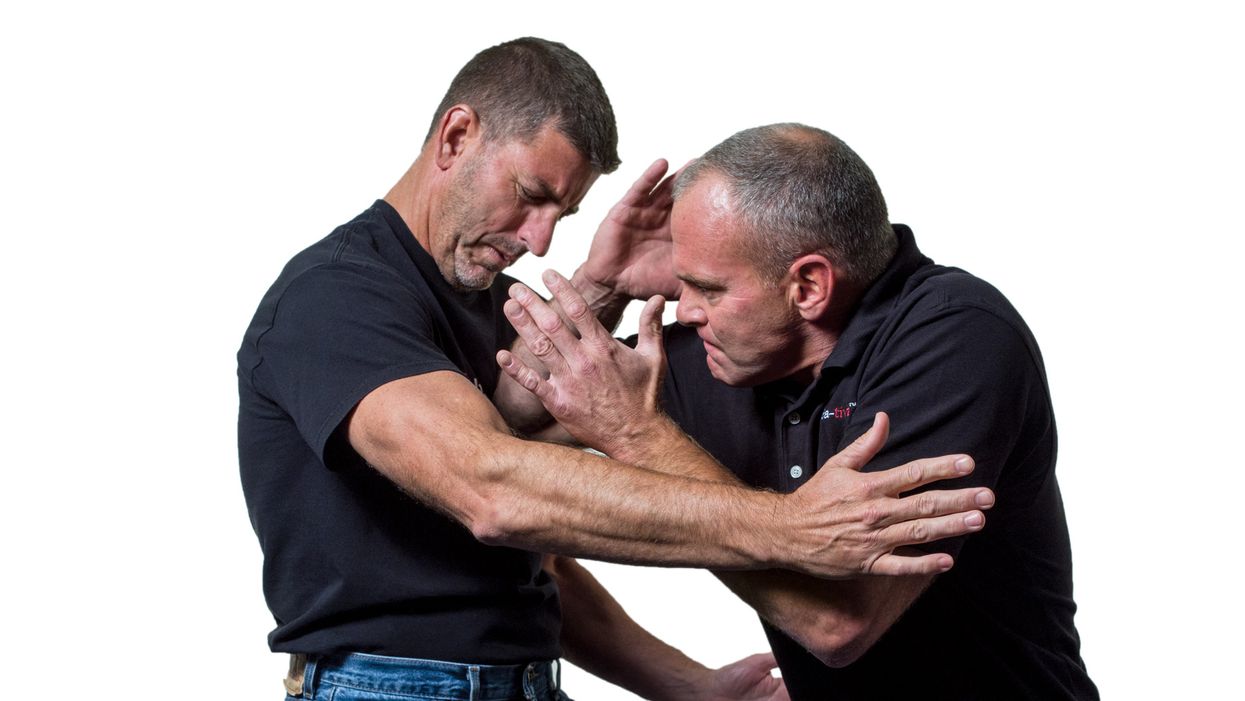 My Kembativz organization recently ran its Sudden Violence course for the second time this year. The intensive training session puts students in some very unfamiliar and uncomfortable situations with drills that require ferocity and legitimate performance. The focus is on developing enough skill to deal with situations that suddenly — and unexpectedly — become critically violent.

I don't know the attribution for the following quote, but it applies perfectly to our course: "You can't hide what you don't know in here."

The Sudden Violence course is genderless. Female students are not partnered exclusively with other women. Instead, they're expected to perform to an acceptable standard regardless of who their training partner is. Men and women are paired with each other at various times with no regard to size, ability, strength, speed, agility or athleticism. The course, which I created in the late 1980s and have run ever since, is where the rubber meets the road.

The first day and a half of instruction prepares participants for the final drills but also includes some full-contact sessions to test skill accumulation, preparedness and the will to fight. It's all about fighting: punches, knees, elbows and low-line kicks against fully animated and combative training partners.

Each time we run the course — over the decades, it's been experienced by military special-operations and special-mission units, three-lettered agencies, and police and civilian groups — we see many of the same critical failures in the beginning. They're important to note because they reflect common performance faults that occur under duress, and few people are even aware that they commit them because they've never submitted to such extreme conditions in training. The learning curve is steep, and each successive exposure to the drills and scenarios improves personal performance exponentially. The following are some of the more common problems I've noticed when the course begins.

• The arms are extended as if to hold back the attacker. Faced with a vicious, overwhelming attack — when they're actually being struck in the head and face because their guard failed — people tend to extend their arms forward instead of recovering an effective guard or attacking. This failure to keep the elbows down and tucked, the chin down and the forearms perpendicular creates exploitable vulnerabilities.

• Ineffectual and inaccurate looping strikes are used. Swatting at a vicious assailant just won't get the job done. Nevertheless, people have a tendency to swing wildly instead of settling in and keeping their strikes straight, accurate and powerful.

• Body shots are ignored and headhunting is favored. Despite the body being wider, easier to hit and less evasive, people often ignore liver shots, blows to the solar plexus and other body strikes that would be very effective.

• Angles are not used. People will stand directly in front of the person beating on them and not use angles appropriately for movement or striking purposes. Examples of the neglected options include using "up angles" with a palm heel, delivering an uppercut and using side-step pivots.

• The grabber is grabbed. Instead of realizing that a hand that's attached to you is not a threat and that striking in retaliation should be the priority, people often grab the grabbing hand. It's the difference between clinching with the clincher and tying up or shucking the clinch to escape or reattack.

• Too much focus is placed on a weapon. This often means that people don't think about simple avoidance, and they seldom strike back. Instead, "victims" will chase the weapon, always staying one step behind the armed attacker and ultimately succumbing to the attack.

• A choke is attempted. The tendency to close with an attacker too much leaves no space in which to work and renders strikes ineffective. This results when you fail to get range right and then overreact to the attack.

• Breathing is neglected. When attacked suddenly and unexpectedly, people usually take in a big gulp of air and hold it while they flurry back, then defend and gulp another big breath to hold when they attack again. In the sprint or ATP-PC (adenosine triphosphate and phosphocreatine) energy system, this causes a rapid decline in performance.

• Edged-weapon attacks are not recognized. It is what it is. This is difficult even under the best circumstances.

• People forget to use all their personal weapons. Despite training to throw effective elbow and knee strikes, they often forget to use them at all. This amounts to a failure to identify the most effective weapon for a given range.

The overarching lesson here is that you'll never get to experience these faults if you don't subject yourself to extreme situations in training. That's because if the intensity isn't there, there's no adverse and immediate consequence for failure.Hitting pads or merely pushing and shoving a training partner around won't reveal your critical faults. It's crucial to get in there and pressure-test yourself and your skills.

For information about Kelly McCann's Sudden Violence course dates, visit kembativz.com. To see drills from his most recent course, find his Facebook page under @KembativzBrand.