The Truth About Countering Edged Weapons 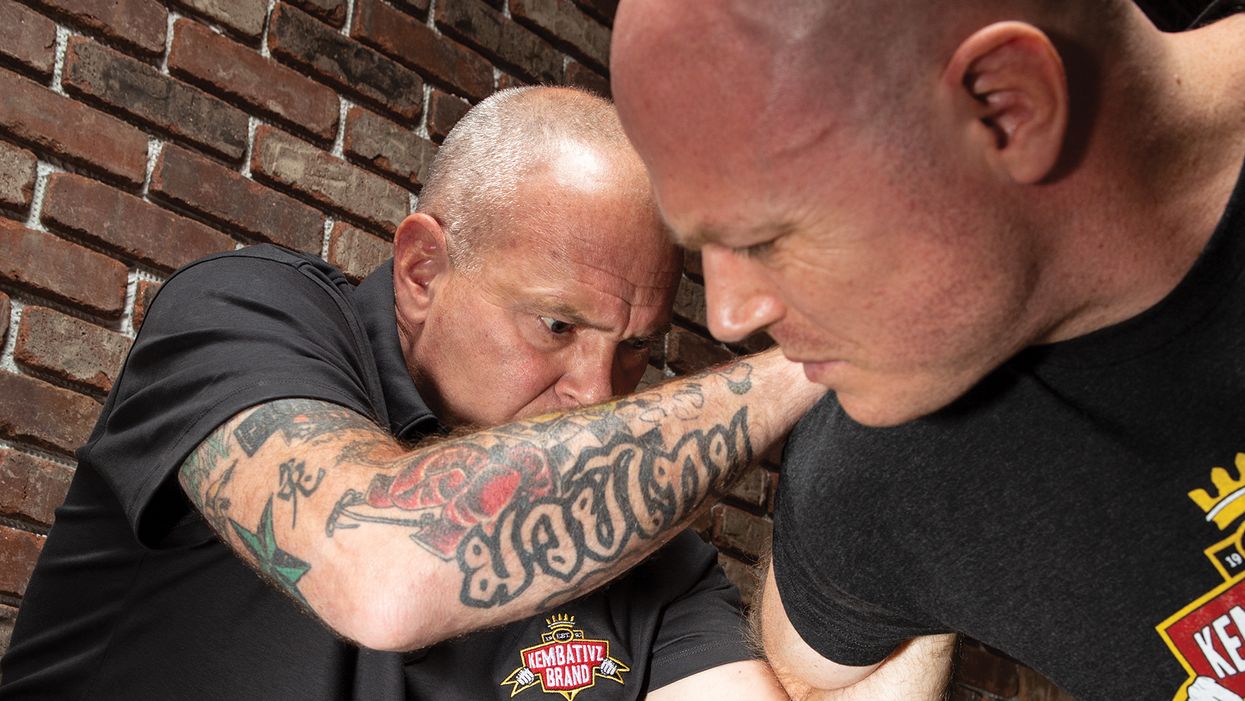 Edged-weapon attacks are on the rise. Throughout the European Union, they're almost epidemic. Even worse, edged weapons used in attacks overseas many times aren't the 4-inch folders Americans are used to seeing. They're 10- to 12-inch-long kitchen knives, which makes many of the standard disarms taught in martial arts schools more dangerous, if not impossible. The problem has grown so significant that London Mayor Sadiq Khan recently issued a proclamation: "No excuses. There is never a reason to carry a knife. Anyone who does will be caught, and they will feel the full force of the law." He basically banned knives for civilians to carry.

Let's step over the clichés — you know, "You'll likely be cut when you fight someone with a knife," "Use your pistol to defend against a knife," and so on. Instead, let's try to accomplish something here.Many people believe that combatives legend W.E. Fairbairn never published any techniques for countering a knife because he didn't believe it could be done effectively. True, a lot of clichéd instruction is premised on the unrealistic use of an edged weapon — i.e., the training knife is wielded slowly; the knife is displayed early to give the partner plenty of time to recognize it; the knife thrust is left extended and stationary; the attacker doesn't use the opposite hand to punch, grab or otherwise actively engage the victim; and so on.To be fair, attempts to identify trends in the specific use of knives in attacks have largely relied on anecdotal information and small sample groups. The reality is we simply can't know because it hasn't been studied properly. About the only thing that's even marginally reliable is the observation that the weapon will likely be held in the right hand — and that's only because statistically 90 percent of the world is right-handed.

What we do know is that, depending on where you're stabbed, it's difficult to differentiate being stabbed from being punched, that knives are difficult to recognize in a sudden attack, that the weapon moves fast (as quickly as a hand) and that the attacker can use both hands.Many of the "solutions" to knife attacks are promulgated by people who are compelled to give definitive or absolute answers without regard for the reality that nobody or no technique is 100 percent. Given a particularly challenging situation such as a blade attack or multiple-assailant situation, it's decidedly proper to provide potentially effective solutions with the caveat that, given the complexity of the attack, a successful outcome simply cannot be guaranteed.I've said this many times before, but I'll say it again: Anytime force is used, the ungovernable elements of risk and chance exist and favor neither combatant. Many times, the person who should win doesn't. It is called an upset in combat sports and is sure as hell going to be upsetting on the street. If you want to be undefeated, don't fight. You win 100 percent of the fights you don't have. That is a guarantee.

Anytime force is used, the ungovernable elements of risk and chance exist and favor neither combatant. Many times, the person who should win doesn't.

While we all likely train to block and lock the arm wielding the knife, it's important to really understand the conditions that will exist when you attempt it. Will it be dark? Will there be any early warning? Physiologically, what will your condition be? How much will your performance be diminished?It's crucial to expand the definition of a "disarm" beyond the classic application. You've effectively disarmed someone when you remove yourself from the situation. You've disarmed someone when you make him unwilling to continue his attack by avoiding (not controlling) the knife and making him unwilling to continue to attack with effective strikes. You've disarmed someone when you make him unable to continue by breaking bones, dislocating joints or rendering him unconscious.A disarm isn't necessarily the stereotypical sequence of blocking, locking, establishing control and removing the weapon.

Edged weapons continue to be one of the most challenging types of attacks we must satisfactorily address. It's human nature for people to want formulaic, drillable, absolute tactics to resolve the issue. It's also human nature for people in a position of authority to want to deliver those tactics (many times, without regard for reality). But to understand the truth about fighting is to realize that it's impossible to guarantee success in any situation.After a career spanning 40 years, I'm tired of hearing instructors speak in absolutes. Doing that just confirms their ignorance, their arrogance and their self-important need to establish themselves as the burning bush of self-defense.

To order Kelly McCann's Combatives for Street Survival, go to store.blackbeltmag.com. To sign up for his online course, visit madrills.com.