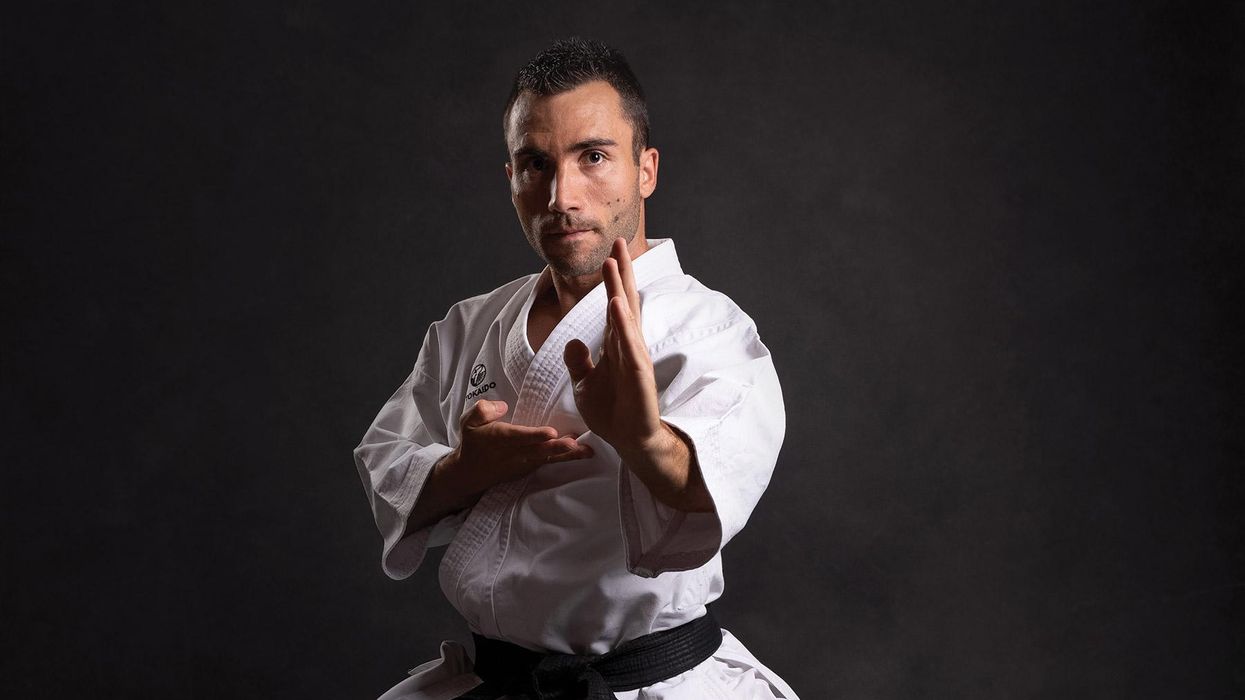 In matters of karate kata, there are all sorts of purported explanations for what's really going on. What appears to be a simple step sideways, we're confidentially told, is actually a clever foot sweep. Or an entry into a grappling position.

After we become trusted students, our teachers demonstrate that what looks like the mere clenching of a fist is actually an ingenious way of grabbing an opponent's wrist and applying a devastating lock that will have him writhing on the ground.

The explanations invariably imply that the "outer" movements of a kata are only the superficial crust of the karate pie. The layer of apples, peaches or cherries below the observable crust — the "inner" stuff of the pie — is the real taste of karate, we're told.

There's a rich vocabulary to describe these secret meanings. Kakushite is one of them. Literally, it means "hidden hand." Oyo waza is another one. Waza, of course, is "technique." The o means "to answer" or "to respond," and yo is "to apply." Thus, oyo waza refers to the application of a deeper or more personal answer than might be found in the obvious meaning of the kata movements.

And we have ura waza, the "underneath" or "reverse" technique, as well as oku-den, or "inner teachings."

With all these terms, it seems there's at least a common notion that what one sees in the kata is not entirely what one gets — or is capable of getting if one has the right instruction.

The idea of special techniques secreted within the movements of a kata is not as simple as it seems, however. Some insist that the whole thing is just a relatively modern fabrication. This theory holds that many of the supposed secrets of kata are not indigenous in Okinawan karate. The art, while it may lead to extraordinary abilities, does not have special initiations or esoteric teachings. It is, goes the theory, just a matter of learning what's there, what is plainly and clearly taught.

There are, for example, no secret techniques in the art of juggling. Want to be able to juggle a dozen balls? Instruction is available and actually easy to find. You don't have to be initiated. You just have to be given that instruction — and practice until your arms fall off. It's merely a matter of dedicated, concentrated effort on your part. So it is with the kata, according to this theory. Learn to effectively move your body, to coordinate your responses and to maximize your power. There are no secrets. Just practice and build your experience.

Further, according to this school of thought, the whole notion of secrets tucked into the kata came about as a result of the Okinawans being exposed to the traditional martial arts of Japan, the koryu. These arts have a rich tradition of concealing the "real" objectives of the techniques within the kata. What seems like a block is actually an attack. What is apparently the target is just misdirection so outsiders who might be watching won't know what's really going on. The Okinawans became aware of these conventions and saw them as a sophisticated approach to a fighting art, so they contrived a narrative of hidden meanings within their karate kata in an attempt to make their arts seem as profound as those of the Japanese.

This is an interesting theory with much to recommend it. The Okinawans, we know, were both intimidated by and impressed with the grand martial arts of the samurai. They might have copied some of the conventions of the classical Japanese ryu.

On the other hand, the theory ignores the deep history of the Okinawan fighting arts, which not only developed but also thrived independently of Japan. It also fails to take into account a realistic view of Okinawan culture. In many ways, Okinawa's culture is layered in secrecy and complexity. Much of Okinawan religion is esoteric. Because villages were separated geographically and were sometimes in competition for limited resources, secrets of all kinds were jealously guarded. Secret or hidden meanings within a kata would not have been just a facet of Okinawan karate; they would have been a fundamental part of its practice.
Which theory is more accurate is a matter for historians to investigate. But even if you have no interest in the history of your style of karate, you must understand that this idea will have ramifications in your practice. If your teacher says, in essence, "Stick around and eventually I'll show you the good stuff," you have to decide if this is legitimate or if it's just a scam to keep you as a member of the dojo. If you're told that the outer, obvious meanings of a kata are just the top layer and that vast, important concepts lie beneath, your practice will reflect that.

If, on the other hand, the teacher says, "This is it; this is all there is," you might fail to look at what's not immediately obvious. You might conclude that karate is not nearly as profound as it truly is.

You'll get no answers from me on this one. I'm still thinking about it. I can say my karate teachers, both of whom were Okinawan, never much used any of the terms mentioned above.

They did, however, use the Okinawan word dju sometimes. It's a weird word, one that means "to re-energize" or "to bring to fruition." My teachers said that for a kata to really become useful, the practitioner has to infuse it with dju. They explained that this results from the proper application of power and mechanics, along with the effective contraction and expansion of the body. Learn dju, they said, and the kata's value is grasped.

I wonder if that is a secret.