Karate Veteran Knows the Importance of Having a Strong Foundation 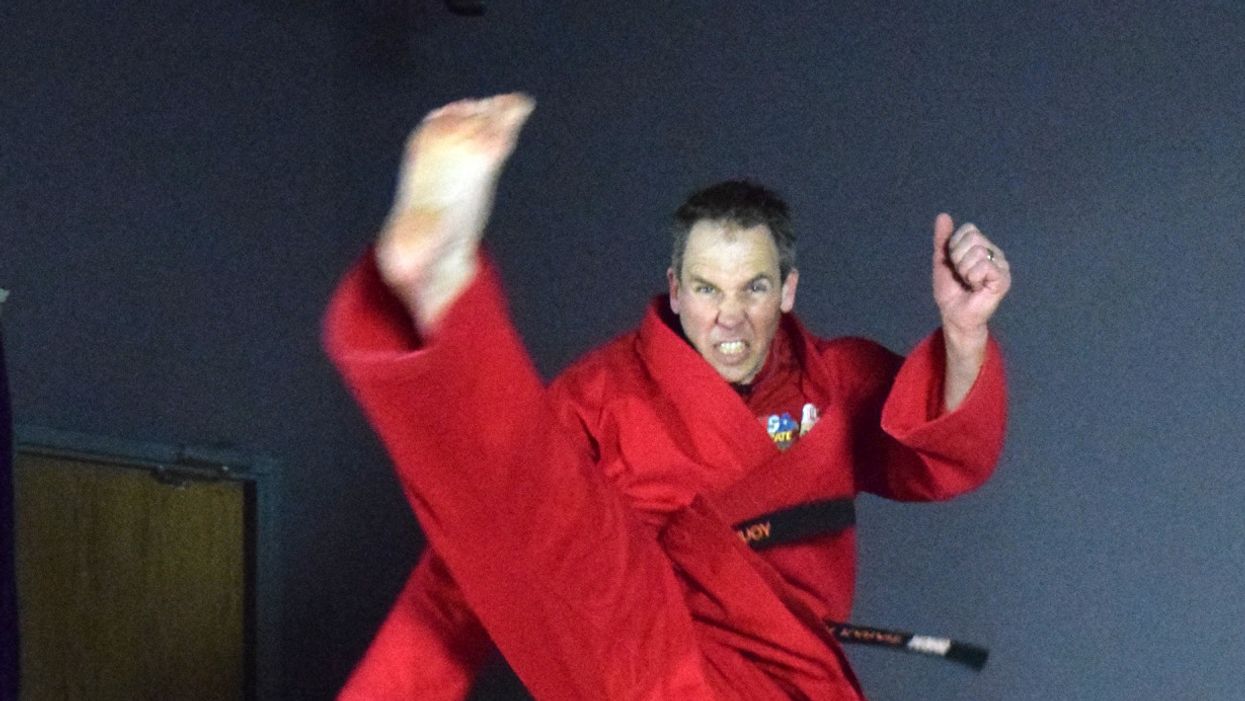 Any martial arts instructor will tell you that advanced techniques are built on a foundation of basics. As David Younglove found out, ALL techniques require a solid foundation — in the form of quality dojo mats!

[Sponsored Post] There's no doubt about it: Martial arts instructor David Younglove knows the importance of having a proper foundation. A martial artist since 1983, Younglove earned his black belt at age 17 and began teaching karate. He became a Minnesota state champion and then joined the U.S. Marine Corp in the early 1990s. His duty assignment included training Thai Marines in hand-to-hand combat — a job for which only the most qualified martial artists would qualify. “We taught on just carpet over cement in those days, and if you fell, it was just terrible," Younglove said. “The first generation of mats … we put in martial arts schools was terrible. They were very hard. They were very grippy on the feet." Despite those less-than-ideal training surfaces, Younglove continued to pursue his passion for martial arts, and from 2012 to 2014, he was the top-ranked North Central Karate Association competitor in traditional forms (40-49 year olds). In July 2014, the sixth-degree black belt finally found the perfect martial arts flooring at Greatmats.com: the company's Martial Arts Karate Mat Premium 1-Inch. These 1-meter-by-1-meter interlocking foam tiles, designed to look like a wood floor, have a leather-like, waterproof surface that provides proper stability and cushion. “I've tried many of the others in all our schools and [talked to] other owners," Younglove said. “I also went to different martial arts schools and worked out on their floors. I looked at the Swains; I looked at the Zebra mats and all the different ones. And I got some samples." He compared all those to a free sample of the Greatmats Martial Arts Karate Mat Premium 1-Inch and wound up liking the Greatmats product so much that he purchased three tiles and snapped them together for a final test. “[I] just did a few moves on them and decided it had the most support but also the most cushion at the same time," he said. “It works out great. These are by far the best that I've found." Younglove deemed the Greatmats product so superior that he purchased them not only for his USA Karate dojo in Rosemount, Minnesota, but also for his yoga studio in the same building. “I have a dual studio," he said. “We incorporate a full yoga program with our full martial arts program. At this facility, we have two classrooms. The kids can be taking a karate class, and the moms can be taking a yoga class simultaneously. We're constantly on our knees and on our elbows, and a lot of our population is 40 and over. We have some 70-year-olds taking class. It is very gentle on the joints. It also really challenges your balance." Younglove noted that it required about six months of regular use to fully break in the flooring, which seemed a bit slippery at first. However, he said it was well worth the time investment because he's confident that he now offers yet another tool to help his students build a solid foundation of self-esteem in a positive and safe learning environment. To find the right mat for any martial arts school, visit Greatmats. Photos Courtesy of Greatmats