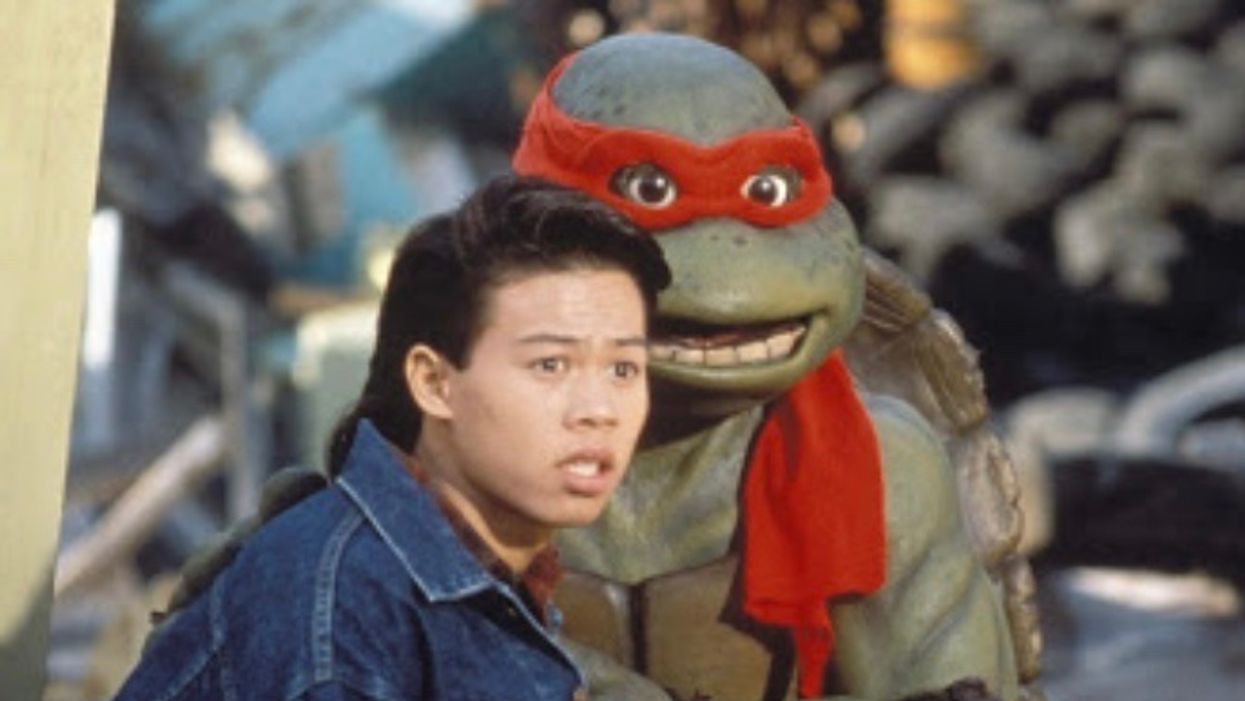 Carmichael Simon, also known as "Kid Carmichael" from WMAC Masters, is a Sport Karate and tricking legend who was the first person to land a 720° kick in competition. Here, he details key moments and figures in the evolution of Sport Karate.

There was a time where Gi (uniform) capes, hair sprayed mullets, and techno beats was the formula to Sport Karate success. As decades have passed, many continue to reminisce on how the story began. The identity of Sport Karate has evolved as a business platform, a lifestyle and has persevered through mainstream media movements defining our culture. But How?

This growth paved the way where stunt coordinators such as Pat Johnson could recruit the next generation stuntmen. With his contributions developing The Karate Kid, Teenage Mutant Ninja Turtles, Mortal Kombat, and WMAC Masters, the tournament circuit and school franchises had a vehicle to promote to a new demographic.

Aspiring youth emulated their hard style forms heroes such as George Chung, John Chung, Stuart Quan, Charlie Lee, Steven Ho, Kevin Thompson, and Jean Frenette. As Wushu was expanding to the United States, contemporary soft stylist such as Keith Cooke (Hirabayashi), Cynthia Rothrock, Phillip Wong, Richard Branden, Christine Bannon-Rodriguez, and the Pak Brothers would share new innovative stretching techniques, Wushu basics, and compulsorily forms. This soft style exposure would be the defining time in history of how the Sport Karate Kid would apply a new mindset by integrating multiple styles into the movements we refer to as Tricking, Creative, and Extreme performances.

Why the 90s were the Era of Martial Arts www.youtube.com

With NASKA and NBL as the emerging forms competition platforms along with Hollywood media projects slated to begin filming, our business industry quickly adapted and pivoted from traditionally Grandmaster owned schools to franchise based partnership studios. Facilities modernized their business practices and marketed their programs to this new audience with value added competition services and branded products to the Sport Karate Kid. Franchises had to now compete. The core differentiator was how schools translated adult life skills into a youth based program instilling self-confidence, self-discipline, self-esteem, and self-care. The youth was driving the marketplace and the franchise models were thriving.

At the turn of the century, multimedia social platforms have allowed our youth to have a structured path to success. Many of our 90s youth who are known as the industry trailblazers have developed their own platforms and continue to be the influencers within our business, legal, technological, social, entertainment, film, and sport sectors. We have completed our 1st lifecycle of Sport Karate Kids turned philanthropists and are embarking on completing our 2nd revolution with inspired Sport Martial Artists who are tech savvy, content driven, and yearning for more knowledge to become humanitarians.