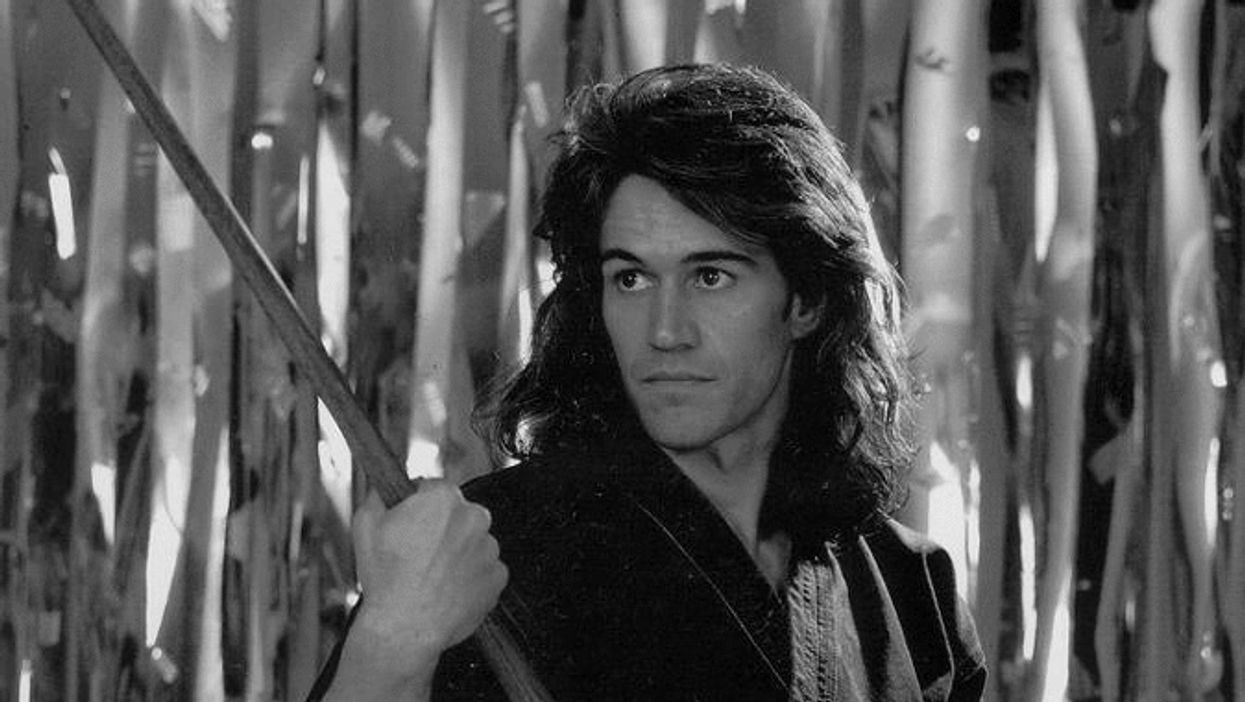 Time travel back to 1994 and enjoy this innovative bo staff performance by Michael Bernardo.

This is the fourth installment of a weekly series that features old school sport karate videos to keep the history of the sport alive. Michael Bernardo is a Black Belt Magazine Hall of Fame member who is considered by many to be the father of modern bo staff performances. He was one of the first competitors to push the limits of basic striking and found creative ways to perform fundamental techniques. Bernardo innovated competitive bo staff by using one-handed spins and swings that would become the stepping stones to many complex manipulations seen today. His elite weapons work resulted in numerous world titles, including three diamond rings in four years from 1990-1993 and an astounding 57 consecutive weapons division wins on the national circuit.

Bernardo was also a consistent contender in the forms and fighting divisions, in addition to dominating the weapons category. His success in the competitive arena led to opportunities in the film industry. He was an actor and stuntman as the Ice Thug in the 1997 version of Batman and Robin and played Turbo in the well-known series WMAC Masters, among a variety of other productions like Shootfighter.

Additionally, he continues to be known for his coaching abilities, as he opened Bernardo Karate Academy at the age of 17 and has been teaching martial arts ever since. Most would agree that his most talented student has been Casey Marks-Nash, who is widely considered to be one of the greatest female competitors of all time. His training has inspired a lineage, as Marks-Nash would go on to train prominent competitors like Wayne Dalglish and Lauren Kearney. Kearney would then go on to train successful competitors of the modern era like Kyle Montagna and, well, myself (Jackson Rudolph).

Check out the video below from the 1994 U.S. Open World Martial Arts Championships, a stage that Bernardo had a great deal of experience competing on. All sport karate enthusiasts should be thankful for the incredible contributions that Michael Bernardo made to the sport through his performances and coaching.

This video of Michael Bernardo is courtesy of Black and Blue Video, thank you for preserving the history of sport karate.