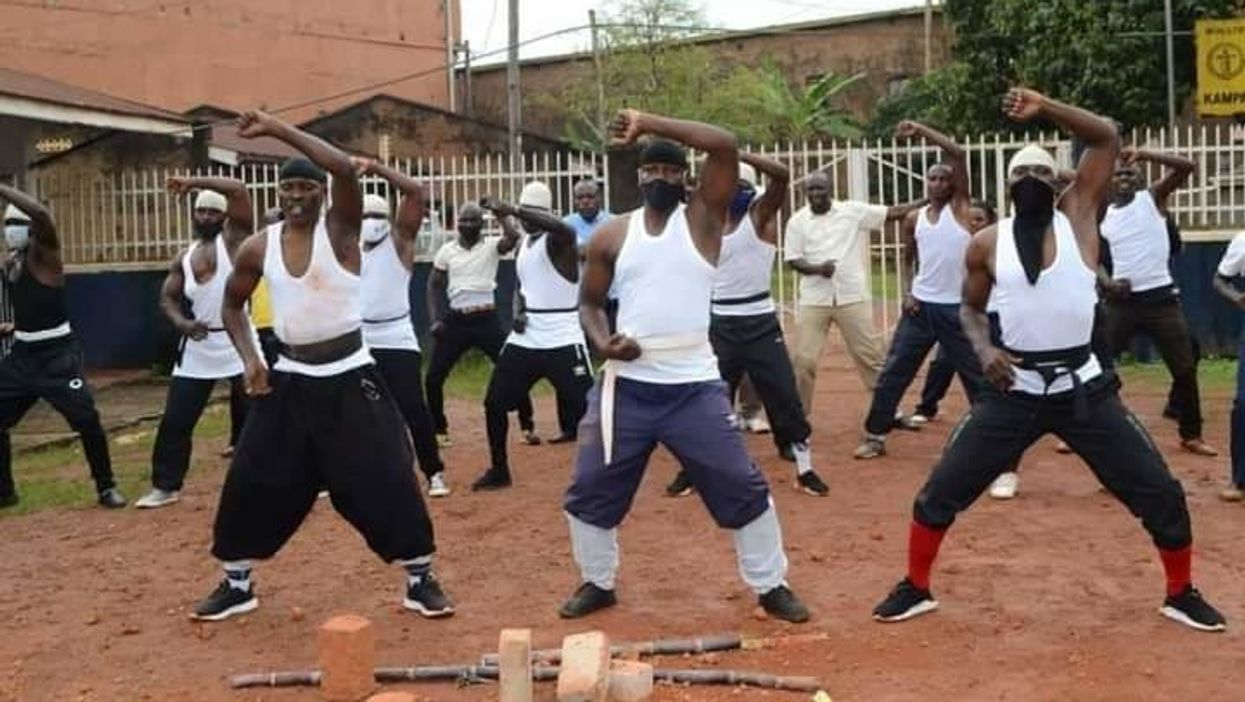 The media website "Ekyooto Uganda" is reporting that a boy training as part of a karate group being sent out to support the country's ruling party in upcoming elections has died after being crushed by bricks placed atop his body. The group was giving a demonstration at a primary school in the Ugandan capital of Kampala when the unidentified team member was supposedly overwhelmed from the weight of bricks piled on his stomach by the group's leader, Charles Lwanga.

The National Resistance Movement, which has ruled Uganda since 1986, said the karate group is not meant to cause violence or intimidate voters but is there to protect party members from attack and safeguard votes in the general elections that are scheduled for February.