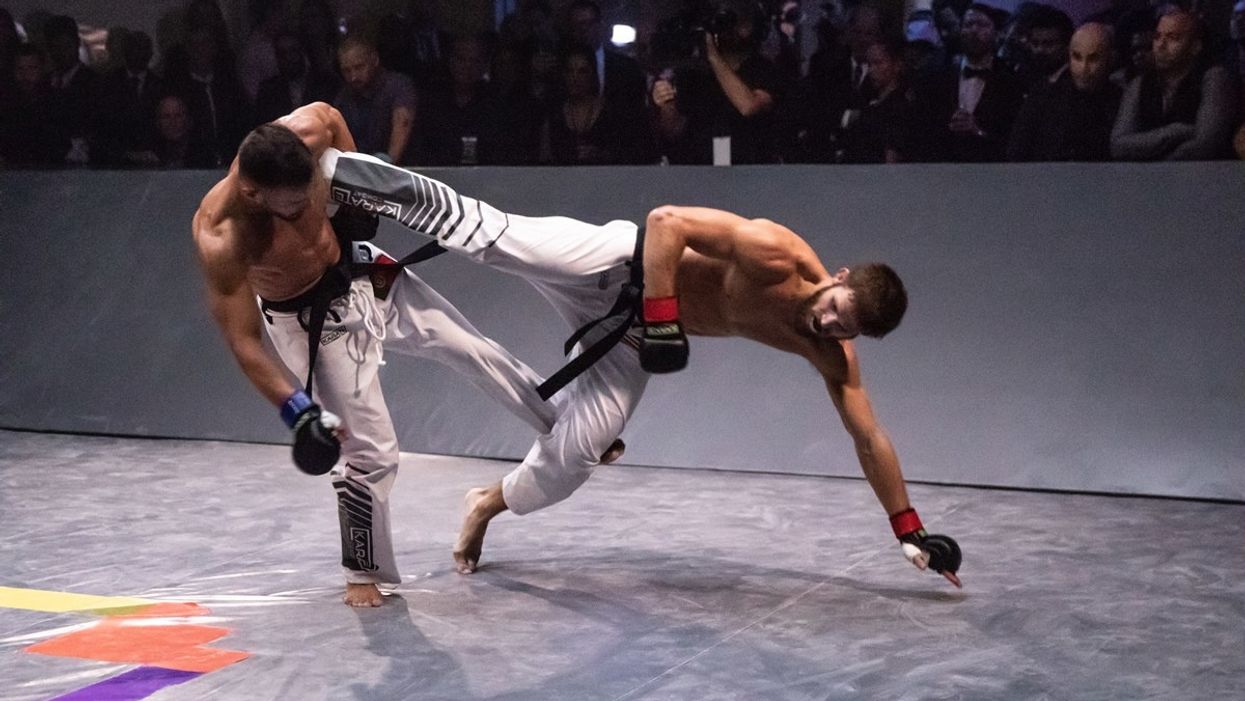 A martial arts organization called Karate Combat has launched a new form of competition that promises to bring the traditional striking art into the digital age.

Karate Combat has launched a professional combat-sports league that was created to revitalize the art of karate. The fighting is full contact with rules developed by martial arts experts and top fighters. It takes place in the patent-pending Karate Combat Fighting Pit, which is designed to encourage continuous action. Karate Combat viewers can access league content now through Karate.com, as well as on branded iOS and Android apps. The league will air its first live event, Karate Combat: Inception in Miami Beach, on April 26, 2018. This will be followed by an all USA-vs.-Iran fight card in May in Dubai. A string of exotic locations for future fight cards will be announced soon, including Athens, Las Vegas, Hong Kong and Tokyo. Karate Combat: Genesis, the company's private pre-season event, took place in Budapest, Hungary, in February 2018. All Genesis bouts, highlights and recaps are available for viewing now on Karate.com.

Karate Combat is an innovative sports experience optimized for digital and mobile consumption. The professional league is the first to display biometric, nutrition, training and DNA-based data in real-time via its custom interactive heads-up display, giving fans unprecedented insight into all fighters' hidden strengths and weaknesses.

The slope-sided Karate Combat Fighting Pit allows for cage-free views and Hollywood production quality, and has the flexibility to be installed in unusual indoor and outdoor locations globally. Coverage of the competitions is produced with multi-camera cinematic angles and musical scores. The presentation combines high-tech, video-game-style analytics with real action from the world's best strikers.

"Karate is back," said Michael DePietro, CEO of Karate Combat. "Approximately 50 million Americans have participated in karate at some point in their lives with an even greater worldwide following, yet no professional league exists. To date, nobody has harnessed the beauty of this ancient sport for 21st-century fans and mass media appeal."

Karate Combat has signed more than 100 of the top karate fighters from 30-plus countries, giving fans around the world opportunities to rally behind their nations' fighters. The roster includes Elhadji Ndour of the USA, Achraf Ouchen of Morocco, Dionicio Gustavo of Dominican Republic, Davy Dona of France, George Tzanos of Greece and Rafael Aghayev of Azerbaijan. Rafael Aghayev is the most decorated fighter alive, arguably the world's greatest living karateka and a 2020 Olympic front runner.

The league boasts the top fighters in each weight class of semi-contact karate, in addition to karateka with athletic attributes suited for full-contact competition. For the first time, the best practitioners in the sport will have a professional outlet that allows them to build global fan bases and compete for their nations.

The newly established Full Contact Karate Unified Rules and Regulations reward the execution of clean offensive techniques with maximum impact, creating action-packed, easy-to-follow contests. Throwing techniques are allowed with immediate follow-up. However, the match is reset if both combatants go to the mat, which is intended to keep the action focused on striking. Each contest consists of three rounds of three minutes, with offensive techniques scored higher than counterstrikes.

KARATE.COM is the main gateway for distribution through Karate Combat's platforms, including its branded mobile apps. Events and content will also be available via multiple digital, TV and OTT outlets, including the global FITE app, YouTube, Twitch, The Fight Network, Facebook, Dailymotion and other TV and cable carriers in the USA and abroad. The native platforms will boast a heads-up display that will be familiar to video gamers, along with interactive aspects to heighten the viewing experience.

Go here to watch the bouts from Karate Combat: Genesis.

The information and photos in this post came from a press release from Karate Combat.