The Karambit: Why Are These Southeast Asian Combat Knives Still Popular? 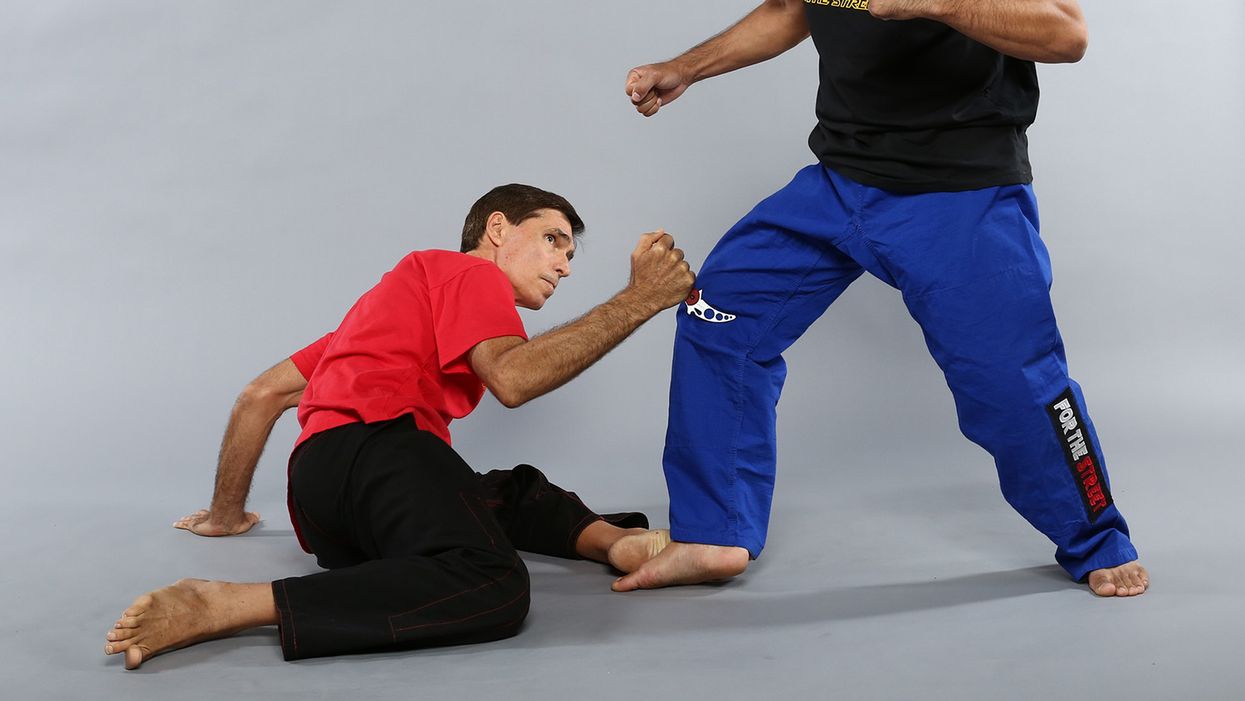 Knife expert Ernest Emerson curates your journey through the history of Indonesia's karambit. Of the many weapons fads that have come and gone, Emerson explores why these knives have stood the test of time!

How many martial arts fads have you seen come and go? Whether it's weapons, gadgets and tools or entire fighting systems, it's rare that a fad will catch on and stick around for more than a few years. So when one does, it's worth taking note. The karambit combat knives from Southeast Asia have the potential to be included in that elite group.

Over the past 4,000 years, mankind has effected thousands of variations in the design of swords, combat knives and impact weapons. The major influences in their evolutionary path are related to three triggers.

One: The most profound trigger has been the discovery of new materials or the ability to process old materials into a more usable form. Human beings progressed from sharp sticks to stones, then to copper, bronze, iron and steel implements. Each discovery caused a major leap in weapon design and tactics.

Two: The next trigger has been the clash of cultures. Every time there was a physical shift of cultures — whether because of famine, natural disaster or invasion — an opportunity to learn from the successes and failures of the enemy ensued. Inevitably, each side would adapt, modify or copy the weapons and applications that appealed to its people.

Three: The last trigger has been invention and innovation. Whenever there was an advance in armor, weapon design or tactics, the development of the key needed to defeat it inevitably followed. Those that didn't evolve quickly enough faded into obscurity or died off.

Is it, then, safe to say that just because something has been surpassed by modern technology, it's no longer effective? Far from it.

For instance, the weapon of choice for some German street gangs is the baseball bat — which is nothing more than a club. A citizen can't even possess one unless he or she is playing baseball or on the way to or from a game. They're restricted because they're effective.

How does all that relate to the karambit? Well, the aforementioned principles apply here, as well.

Consider: Why has the Japanese sword been around for more than a millennium? Why has the Nepalese kukri, or Gurkha knife, been used since the time of Alexander the Great? Why has the bow and arrow been in existence for 4,000 to 5,000 years?

Because they all boast efficient designs that get the job done.

The karambit is one of the many subjects Burton Richardson covers in Silat for the Street.

The karambit is in the same boat. If the design of the karambit did not have merit, it too would have been relegated to the dustbin of history's failures.

Bottom line: The karambit was a good knife then — and the karambit is even better now because of 21st-century manufacturing methods.

The origin of the karambit is shrouded in mystery and controversy, but it's fairly certain that these combat knives were devised in Indonesia many centuries ago.

The modern karambit comes in two styles, with numerous variations within each one. The fixed-blade karambit is the traditional version. It has all the features that fixed blades are prized for: strength, rigidity and a lack of moving parts. The folding-blade karambit is the more modern version of the ancient knife. It can be made reasonably strong, but it will never be as solid as a fixed blade.

When you're ready to cough up your hard-earned bucks for one style or the other, remember that you may train with a fixed blade, but chances are you'll carry a folder. So if you're in the market for a self-defense tool, that should weigh heavily on your decision. Of course, if you're a member of the military or a law-enforcement unit that issues fixed-blade knives as part of its duty gear, you may want to opt for a fixed blade.

Either way, the karambit is lightweight and efficient. Because of its minimal mass, it can be wielded almost as rapidly as you can move your hand. Its inwardly curved blade mimics the claw of a tiger or, if you look further back into history, a velociraptor. The shape of the blade enables even a rank beginner to effectively employ it simply by slapping forward and downward in a pawing motion.

Some say the karambit is a cutting tool, not a stabbing tool. But anyone with any amount of experience with the weapon will attest that it can be driven into a target right up to its hilt with very little effort.

Most karambit knives, but not all, have a hole in the butt of the handle, and it's by far one of the finest features of the weapon. When you insert a digit—either your index finger or your pinkie, depending on the grip you prefer—you create a durable hold on the knife and make it virtually impossible for an opponent to dislodge it. Furthermore, if you were to lose your balance and splay your fingers to break your fall, the knife would still remain securely under your control.

When it comes to combat, the karambit has characteristics that are not found in other knife designs. Cerebral martial artists will forever debate distance and range, but reality is reality. In a real life-or-death struggle, things are up close and personal—and almost always destined to end on the ground. There's no dueling and no dancing around. And that is where the design of the karambit shines.

Its unique grip and claw-like blade enable you to use it with simple punching motions, and the finger ring permits you to grab an object or an opponent's limb while still holding the knife. You can also use it to execute a myriad of devastating takedowns that will disable your opponent as he falls, thus opening a new range of combat that might be termed "knife grappling."

To top it all off, the karambit works perfectly when you attempt to execute virtually any traditional move derived from the Philippine slashing and cutting arts.

One final characteristic makes the karambit unique in the world of bladed weapons: You can spin it around your finger like a tiny buzz saw. Few knife experts would recommend trying any sort of spinning, twirling or extended gripping in a real fight—just as you wouldn't flip your balisong knife in a street battle. However, just like with the balisong, manipulating the weapon at blurring speed is half the fun of owning one. Just make sure you use a training knife—or at least apply a liberal covering of thick tape to the edge and the point if all you have is the real thing.

In the end, martial artists like you will decide whether the karambit is a fad or an ultra-efficient tool Americans will embrace for decades to come. For what it's worth, I've evaluated plenty of designs during the almost 25 years I've been in the knife-making and knife-design business, and the karambit is the one I carry. It's also the knife I would use if I had to protect my life or the life of a loved one.

About the author: Ernest Emerson has trained in the martial arts for 32 years. He currently helms Emerson Knives in Torrance, California.

Portugal's Jorge Fonseca showed an explosive brand of judo in claiming his second straight 100 kg gold medal at the World Judo Championships, Friday. Fonseca scored a half point on a throw in the finals against Serbia's Aleksandar Kukolj, then came back to score a full ippon a minute later with an inside trip. Kukolj entered the day needing to make it all the way to the finals to qualify for the Olympics. Though he had to settle for the silver medal here, he at least punched his ticket to the upcoming Tokyo Games.

In the women's half of the tournament, Germany's Anna-Maria Wagner needed to go to overtime to defeat defending champion Madeleine Malonga of France for the 78 kg title, scoring with an inside leg reap to claim the championship.

Within 24 hours of the cancellation of the 2021 U.S. Capitol Classics, the 2021 Compete International Martial Arts Championship has also been canceled. The world class tournament is promoted by Mohamad and Amanda Jahanvash in Ontario, California and was the last NASKA event to take place before the COVID-19 pandemic in February of 2020. The promoters released the following statement to announce the cancellation on Thursday:

We regret to announce that we will not be holding Compete this year. Due to Covid restrictions we had to make the decision that in order to provide the highest quality experience for our competitors, officials and families, we will not hold Compete World Martial Arts Championships in 2021. Compete will be February 25, 26 & 27, 2022 at Ontario Convention Center and we hope to see you there. Thank you all for your support.

PREVIEW: The 2021 Battle of Atlanta