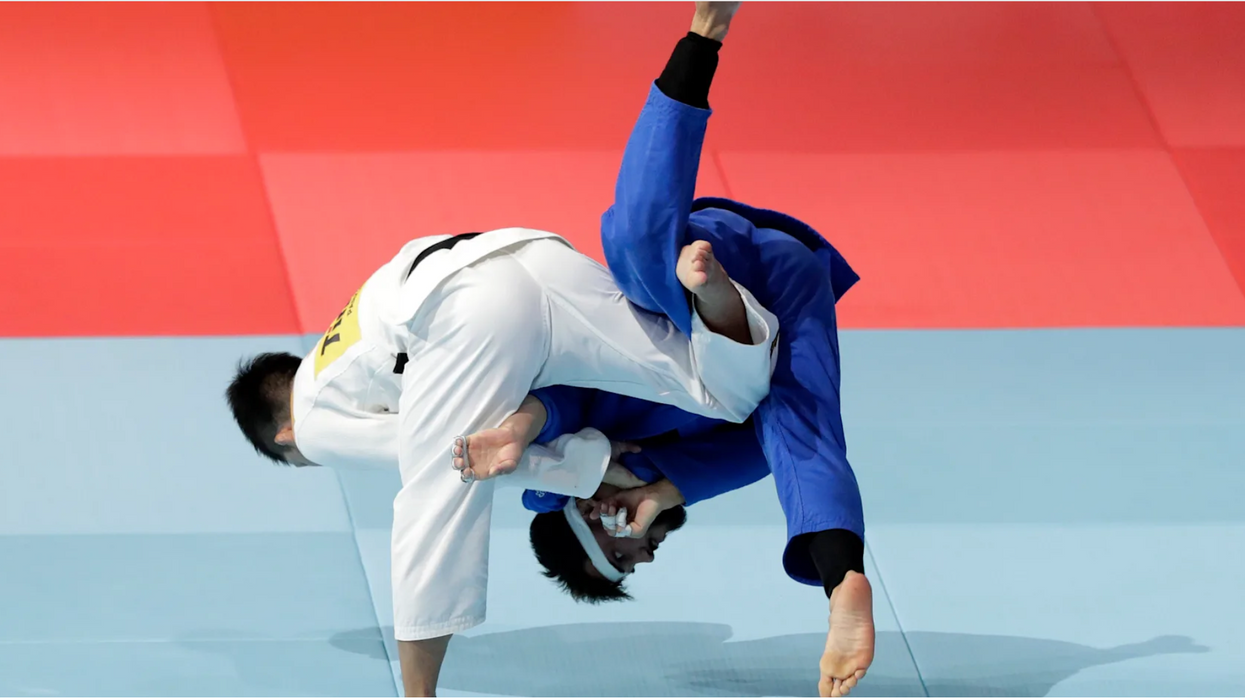 Judo at the 2020 Olympics has now passed. Again, kudos to NBC for their excellent coverage. Here is a concise summary of the key highlights of this year's event.

Jeff Cable author of article Photographing Judo for the First Time and Trying Some Multi-Exposure Tricks! was kind enough to allow me to use it for my Black Belt Blog this week. As judo enthusiasts I'm sure you will enjoy Jeff's article as much as I did.

As a sidenote, since starting judo in the mid 60's I have been an avid judo photographer too. At one point I even had my own darkroom under the steps of my childhood house where I would develop all the shots I took at Mr. Kim's Dojo and the local tournaments back in my hometown of Pittsburgh.

Link to the Best Judo Throws at the 2020 Olympics!

Photographing Judo for the First Time and Trying Some Multi-Exposure Tricks!

Good morning to all of you in the US who are waking up right now. It is about 7pm here in Tokyo and I am heading to the Beach Volleyball venue to try my hand at photographing that sport this evening. We have a fairly cool evening here (82F) , which will be really nice for the outside venue. But I am getting ahead of myself. Let's talk about last night when I photographed Judo for the first time.

I promised my friend, Steve, that I would make it to the Judo venue to get some photos of this sport, and I am so glad that I made the trip. I had no idea that this sport was taking place in the famous Nippon Budokan building. This was built for the 1964 Olympics for the same sport. And, of course, has been the same building where the Beatles and Muhammed Ali performed. And for those of us old enough, I wore out my "Cheap Trick Live at Budokan" album from playing it so much.

I digress. Let's get back to the sport.

I was asked by my friend who is with USA Judo to come over and get some photos for them. Unfortunately the American was knocked out of medal contention before I made it to the arena. I honestly do not know much about Judo, but I had fun capturing images anyways.

People ask me all the time "What is your favorite sport to shoot at the Olympics?" and my answer is almost always "Anything new!" I just love the challenge.

I got into the venue and headed downstairs to a great shooting position. I decided to use the Canon camera with the Canon 200-400mm lens to get in close to the action. I was photographing these women when I saw the Russian coach celebrating for his athlete in the background. I quickly reframed to include him in the background of the shot.

She may have gotten a point when the coach was cheering, but looked like she had been really beaten up.

And a couple of minutes later, she was choked and out cold. The medical team revived her quickly. Now I look at this photo and think "Good god people, this is the Olympics, let her sleep for a little bit!" :)

She walked right by me on her way out of the competition area and I had to get a tight shot of her face. Then it was back to capturing the action...

I had the camera set to ISO 800 which gave me a shutter speed at 1/800 second, enough to capture the fast action.

After the women competed, the men came out.

I was shooting, looking for the best action and expressions, since I really don't know the sport.

I was very aware of the background, and hoping that the athletes would stay away from the TV cameras and in the clean backgrounds. In this case, I saw the two men fighting in front of the Olympic Rings and fired off a bunch of photos. I was shooting wide open (the best aperture the lens could get) which was f/4, so the men are sharp and the rings are soft in the background.

I took hundreds of photos of the fighting and then felt like I was getting fairly repetitive shots. I wanted to push myself to get something more creative. And then it dawned on me, I should try the multi-exposure of the camera. I have done that with fencing at other Olympics, and it was worth a try here. So...I did.

For those of you wondering what multi-exposure mode is...it is simply a setting in the camera where I can set how many images I want to overlap. The camera then combines them into one photo. I set the camera to 3 photos and I changed the burst mode to slow. This was my first capture...OK, but nothing special.

And then...it was just me having fun.

My friend from USA Judo sent me a text asking me to get a shot of the venue. I used the Canon R5 with the new Canon RF15-35mm wide angle lens and set the camera to f/20 (at ISO 5000) to get this photo. The narrow aperture of f/20 is what creates the starburst effect off the lights that you see below.

Then I was back to the multi-exposure shots some more.

I like this last one with the women's face in numerous places as she fights off her opponent.

Check out my gear of choice at: https://www.jeffcable.com/mygear

Check out my photo tours at: https://www.jeffcable.com/phototours

Subscribe to the Jeff Cable Photography Blog by clicking HERE!

Addendum - Colton Brown as featured in:

Very proud to know him and call him my friend. He's truly a great judoka!