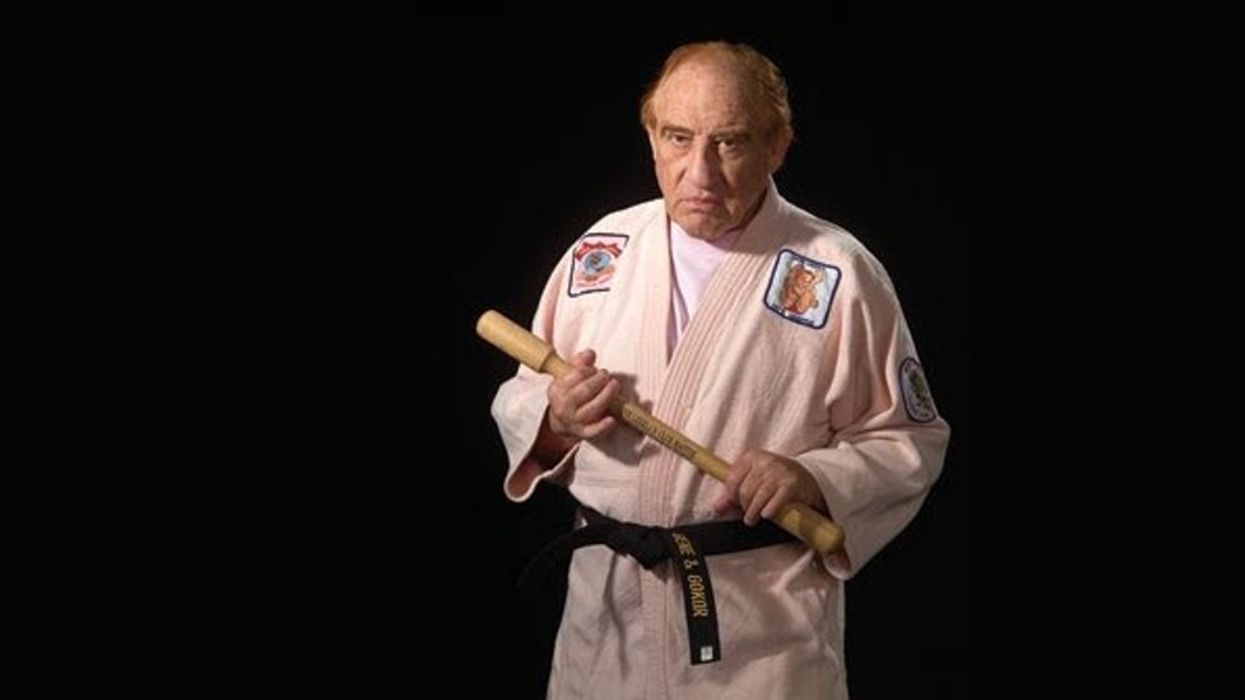 Decades before the first UFC, “Judo” Gene LeBell used a mix of martial arts skills against boxer Milo Savage. In this exclusive interview from our archives, the legendary grappler reveals how skill variety can be the secret to success!

Editor's Note: Decades before Royce Gracie donned his gi and choked out Ken Shamrock at the UFC 1, “Judo" Gene LeBell stepped into the ring to face boxer Milo Savage. In this exclusive interview from the archives of Black Belt magazine, the legendary grappler reveals how the match went down and why it's so important to be a well-rounded martial artist.

Gene LeBell: It was the first televised MMA match. It was billed as pitting a judo, karate and wrestling guy against the No. 5 light-heavyweight boxer. I was known mostly for judo because I'd won the Nationals a few times, but I'd also done boxing, wrestling, karate, taekwondo and kenpo, mixing them together before it was popular.

BLACK BELT: Why were you chosen for the match?

Gene LeBell: A fellow who did kenpo karate, Ed Parker, a great teacher and a great human being, came to my school and said a guy named Jim Beck had called us “karate and judo bums" and offered $1,000 to anyone he couldn't beat. The karate guys were emotional about it, and they had a big meeting. They wanted someone to fight Beck and decided on me. I said, “Why me? I'm not known as a karate or kenpo guy." They said, “Yeah, but you're the most sadistic bastard we know." They said, “If you win, you get $1,000." I said I'd fight my grandmother for $1,000. But she'd have beaten me. …

BLACK BELT: Did anything out of the ordinary happen before the bout?

Gene LeBell: Well, they did a bait-and-switch. I thought I'd be facing Beck, an amateur fighter, but they put in Milo Savage, a great boxer with a wrestling background.

BLACK BELT: Did that bother you?

Gene LeBell: Not really. I'm no mental giant, so I viewed it as more of a challenge: The tougher your opponent is, the better you look if you beat him. The only thing that bothered me was what happened later — instead of boxing gloves, he wore what amounted to speed-bag gloves with metal inside.

BLACK BELT: The fight was held in Salt Lake City. Why not Los Angeles, where you were based?

Gene LeBell: They tried to get it in LA, but the California Athletic Commission said no because it was against the law. They said it would be categorized as a duel. We ended up in Utah.

BLACK BELT: What was the lead-up to the bout like?

Gene LeBell: The day before, they told me to go to the offices of a big TV network in Salt Lake City to see a guy who did a sports show. The host was obviously for the boxer, who was from Salt Lake City. During the interview, he was articulate and used every two-liner he could to put me down, but I wasn't sharp enough to say anything. Then he asked, “How are you going to win?" I said, “I'm going to strike him, freeze his body and hammer him into the ground." Of course, I was showboating. My manager told me to stop fooling around. Then I said, “I'll leave him in the ground until summer, defrost him and pull him out, then choke him out." The host said, “Those chokes don't work … show me." I snatched him, choked him out and dropped him on his head. He dropped the mic, and I picked it up and said: “Our commentator went to sleep. I guess he's quitting. Now it's the Gene LeBell Show! Come to the arena tomorrow night and watch me annihilate, mutilate and assassinate your local hero because one martial artist can beat any 10 boxers." The place sold out — they all wanted to see me get killed.

BLACK BELT: You won in the fourth round, right?

Gene LeBell: Yes. When I choked him out, the ref, who was also the doctor, didn't know how to resuscitate him with katsu. After he'd been out for 20 minutes, my coach went in and revived the guy. The next morning, the newspaper headlines said, “The Savage Was Tamed."

BLACK BELT: Was there a big reaction in the martial arts world?

Gene LeBell: There was because — it sounds like I'm blowing my own horn, and I don't mean to — I represented all the martial arts. I never said I was doing only judo or karate or kenpo. I never said one art is better than the others. They're all good. You should learn everything. You're not a complete martial artist unless you do everything.

BLACK BELT: Why do you think it took so long for MMA to catch on?

BLACK BELT: If you were 30 years old now, would you be an MMA fighter?

Gene LeBell: I probably would. But if I had the brain I have now — I'm a lot smarter than I was when I was 30 — maybe not. I do stunt work, and when you're making $200,000 or $300,000 a year doing stunts and collecting residuals, why the heck should you get beat up? There's only 1 in 1,000 MMA fighters who make money. Same in boxing. A lot of fighters are broke. The only thing I have against MMA is they don't have a retirement plan. In the stunt world, I get a pretty doggone good retirement from SAG and AFTRA — and I can still work.

BLACK BELT: Overall, what do you think of the direction MMA is taking the martial arts?

Gene LeBell: I think it's wonderful. All my life I've pushed people to do all the martial arts. You don't have to be a fighter. Just learn the techniques and the defenses. If you don't use it, you lose it.