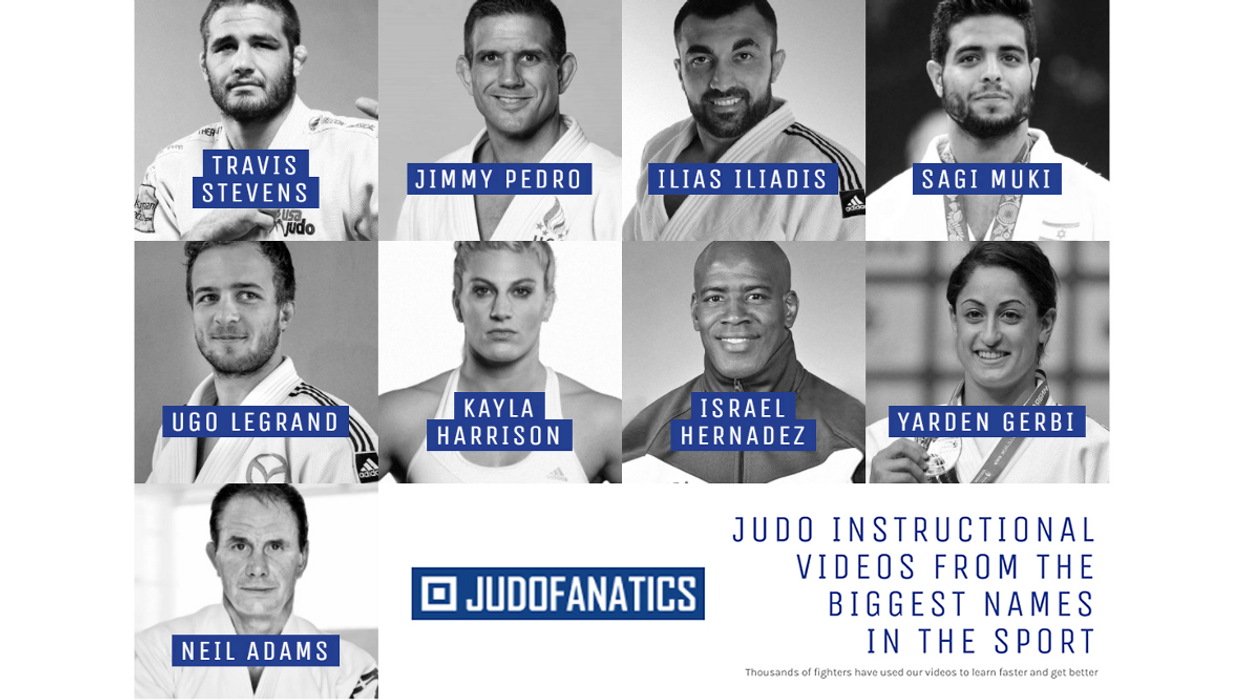 Judo Fanatics is the brainchild of multiple time Olympian and Silver Medalist Travis Stevens and the team behind the sports instructional juggernauts BJJ Fanatics, Wrestling Fanatics, and Dynamic Striking, among others. Judo Fanatics provides a comprehensive one-stop shop for judokas around the world to learn directly from the best athletes and coaches in the world. With just an internet connection and a device to stream or download, judo practitioners have access to a who's who of judo coaches and competitors. Never before from the comfort of your own home, can you learn the World Championship level techniques of Ilias Illiadis or the Olympic Gold medal winning approach of a Kayla Harrison. Now you can, with the help of JudoFanatics.com

Recently, Travis Stevens answered the question for me of what motivated him to start the Judo Fanatics project. He had two primary goals in mind and he explains them in this introduction video.

According to Travis the two motivating factors for him to start Judo Fanatics were the preservation of knowledge and providing a means for aspiring athletes to help support themselves in the pursuit of their dreams.

Future young judokas will now have access to all of the resources that have been compiled by the Judo Fanatics team. The evolution of technique and the athletes skill will continue to expand as generations of athletes come in contact with these online video resources. In addition, the future of elite judokas and their pursuit of World Championships and Olympic Gold Medals will be easier as they can share their knowledge and be compensated through the project.

Goltz and Travis Stevens circa 2018

How Does Judo Fanatics Help The World's Judokas?

The mission of Judo Fanatics is to provide the highest quality video instructional resources to judokas worldwide. In doing so, the art and sport of judo will continue to grow and expand through this mission. More practitioners will be exposed to the beauty and power of judo because of Judo Fanatics. World class knowledge and technique by world class judokas will be preserved forever to inspire and enhance generations of athletes. Whether you're a high level practitioner or just looking to start out, let Judo Fanatics help guide you to your peak performance.

My own Judo Fanatics Photo Album!

I'm always looking for new subjects to write about regarding judo and ideas as well as contributions from my readers! Send them to gary@garygoltz.com

I recall Floyd Burk who is also a regular writer and contributor to Black Belt Magazine once asked for my input on article he had in the works entitled 'The Aging Martial Artist'.

Specifically he wanted to know the biggest change in your martial arts ability that you've noticed over the years? (Answer could be physical, philosophical, strategic, etc..)

Because judo is so physical, many of the moves I can no longer do because of prior injuries and trying to avoid future ones, (after 60 it takes much longer to recover). So my role have gravitated towards being involved in running the judo organizations, promoting large events, refereeing, developing future leaders, as well as providing wisdom that comes with age and experience.