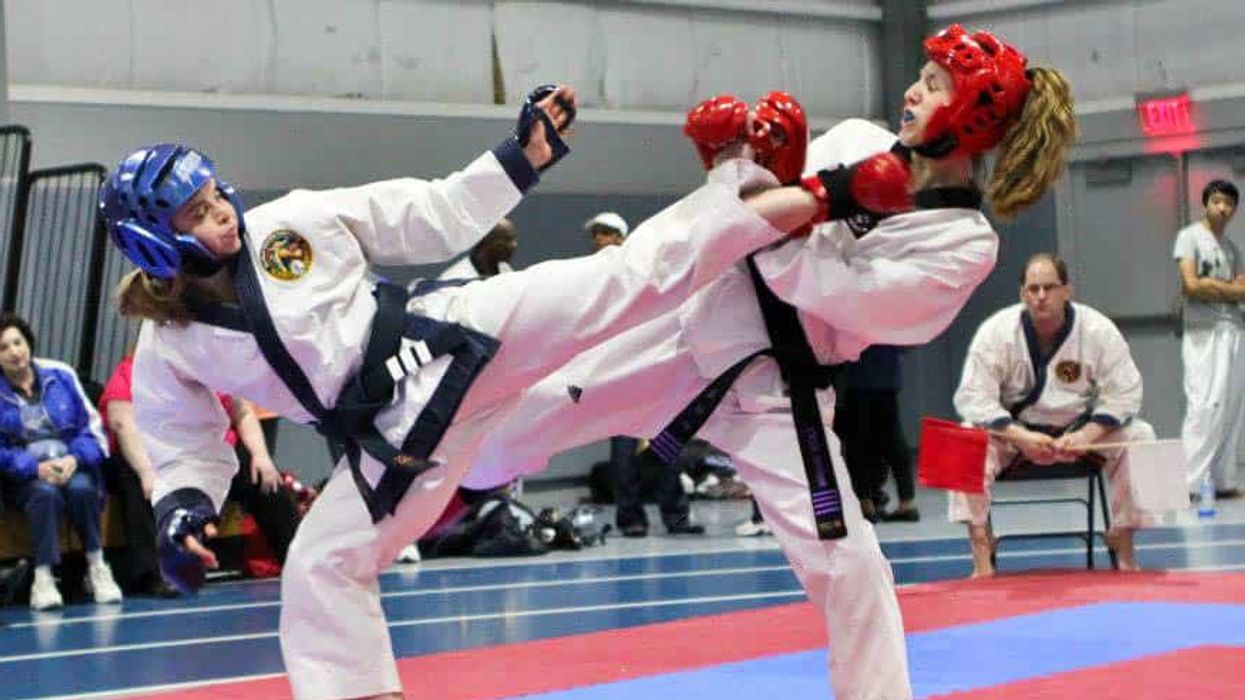 Somehow, we have started to place more importance on black belt divisions than the colored belts which may or may not be correct. Ask any school owner where their money is made and I would guess 90% would tell you it's with their youth colored belts. I was once told by Leon Rogers who was the Senior Vice President for Century Martial arts that 75 percent of all new uniforms sold are size 3 and under (if you didn't already know where the industry was trending) and not adult instructor or black belt type uniforms.

In a perfect world we would all show up to a tournament and you would have a set of officials that had nothing to do with the current competitors or coaches. The hard truth is that instructors are asked to bring 10 to 20 students to a tournament and then sit and judge for the day because without those instructors that brought people the tournament would never run. I know with my tournament in Naska Midwest everything slows tremendously if I have a judge that jumps out of the ring to coach even if its just for a couple of matches. Imagine if you had to replace a judge in every ring for even every other division because they had a student or teammate in it. Tournaments would run for days not hours at that point. So, I guess my question would be if your money as a school owner is made with the newest students that you take to a tournament why are you not concerned with how they are being judged but you are with the black belt divisions. I would like to think that it is because they are the highest level of competition and the best competitors.

But my experience has been that both competitors and coaches are usually looking for someone to blame for their loss after the fact. Yes, I know that probably won't sit well with some people, but every loss at a tournament is not because someone cheated you or played favorites with a student or teammate. Sometimes it is that the other competitor is better regardless of who was in the ring judging. Now that is not to say that bias doesn't exist both positively and negatively. My students would probably tell you that I tend to be harder on them than other judges because I know the areas where they usually mess up or don't do something completely correct that other judges don't usually pick up on.

If we are only talking about replacing judges with affiliations in black belt divisions then I would argue that you are arguing out of self interest not for what is best for your school or pocketbook. I think we all know that with where the sport is today there is no way to replace judges in every ring that someone has a student.

I always tell people don't complain about a problem if you don't have a solution. The trouble is that there is no good solution. You will hear people talk about paying judges and training certifications, but it still doesn't solve the issue at hand. If someone wants to make sure I have no affiliations at a tournament that I am invited to then you are also asking me to not show up with any competitors. Imagine any national event where all of the judges were not allowed to bring any competitors because it would eliminate any conflicts of interest. That would be an extremely small event and would also probably not have some of the very best competitors at it. If you really think about it, most of the judges that have the most current experience are also some of the ones that train some of the best competitors.

At the end of the day, I believe that all we can do as a sport is to try to have the integrity that we preach in our schools while we are judging. As an MMA and Kickboxing Referee, I would joke in the fighters meeting that 50% of the fighters would walk out of the ring that night very happy with me, which obviously speaks to the result not necessarily to my performance as the official. People will always see ulterior motives when things don't go their way, but instead of giving excuses and blaming the officials try looking inward. Ask if you really did everything possible to put yourself in a position to win in the first place and if that answer is truly yes then in most cases you will win many more times than you lose.