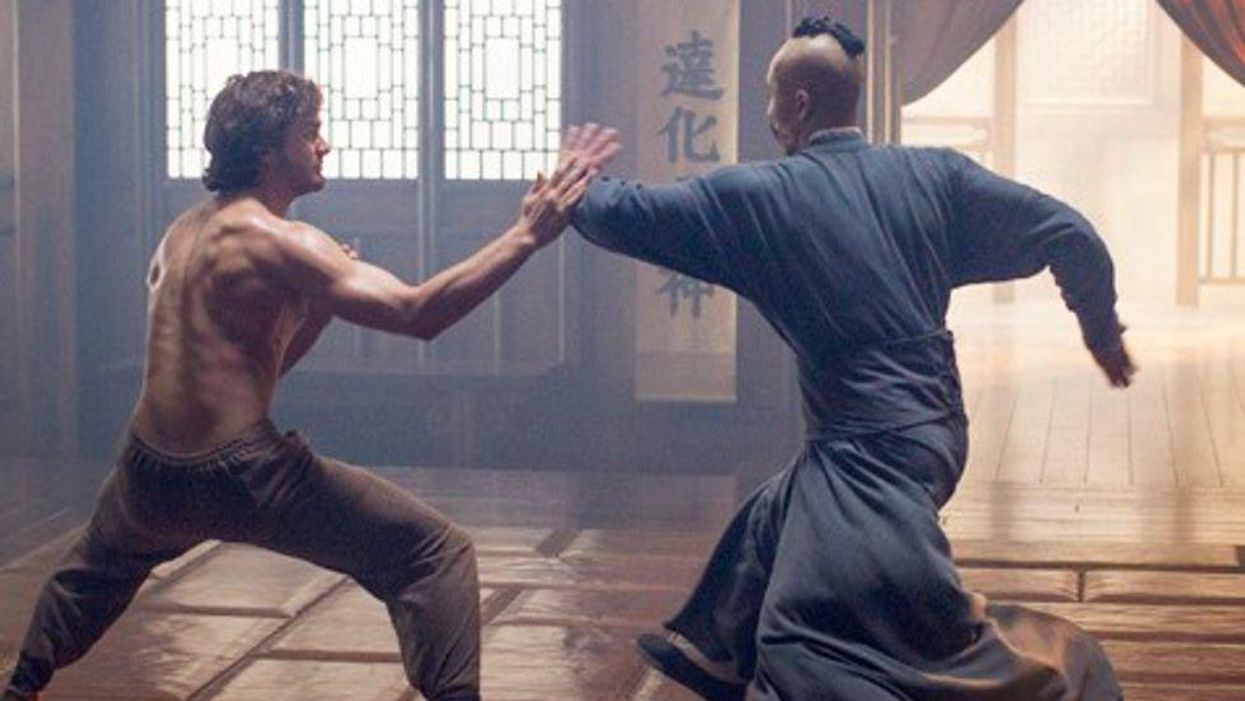 It should come as no surprise that the new series Marco Polo has good kung fu — it was created by John Fusco, a practitioner of praying mantis, pa kua and tai chi.

When Netflix decided to venture into the world of original programming, it was a major gamble for the company that started life as a mail-order DVD lender. However, the award-winning drama House of Cards and the acclaimed comedy series Arrested Development proved the naysayers wrong — and greatly grew the roster of Netflix subscriber.

With that kind of track record, it should come as no surprise that

Marco Polo, the Netflix original series that premiered December 12, 2014, is a hit. Produced by The Weinstein Company, the adventure saga focuses on the European explorer's early years in the court of the brazenly enigmatic Kublai Khan, founder of China's Yuan dynasty (1271-1368).

Actor Chin Han in a scene from the Netflix original series Marco Polo.

Marco Polo is groundbreaking — and important to the entertainment industry — for three main reasons:

Lorenzo Richelmy, the Italian actor who portrays Polo, the cast is mostly Asian. As such, they speak English with varying and various accents. The cool thing is, it works! And it doesn't detract from the story one bit.

Second, although Marco Polo's writers are non-Asian, they're careful not to create characters that reflect a Westerner's perception of Asian characters. Instead, they develop characters that behave and fight based on the norms of that period in history.

This undoubtedly emanates from the show's creator

John Fusco, who's no stranger to Chinese culture. Whether it stems from his deep involvement in the martial arts (praying mantis kung fu, pa kua chang and tai chi) or his quest to understand the spirit of China, his writing reflects a strong appreciation for authenticity with respect to stories and characters.

The third reason — and the one that makes me a fan of this show — is the martial arts scenes. The way the choreographed fights unfold reflects the way the martial arts are uniquely intertwined with Chinese history. Every fight in the series pertains to a character's weak or strong point. No

kung fu action is thrown in just because someone thought it was time to have a fistfight or sword battle.

Furthermore, each fight scene moves the story forward. For example, many martial moments revolve around Hundred Eyes, Polo's blind kung fu master, instructing his pupil in the arts of war. Subsequent scenes often show the European battling his enemies using various weapons he's drilled with in training. Best part is, it's all done in a believable manner.

The first season of

Marco Polo consists of 10 episodes, all of which were made available on Netflix on opening day. Without giving any spoilers, I can say truly enjoyed the episode that beautifully explains the meaning of kung fu and how to attain it, as well as the one that features the Hashashin, Persia's real-life secret sect of assassins.

On a sad note, one of Marco Polo's fight choreographers, a man named Ju Kun, was on board Malaysia Airlines Flight 370. He's presumed to have died on March 8, 2014, when the airliner disappeared over the South China Sea.

On a positive note, it was recently announced that

Marco Polo had been renewed for a second season.

(Photos by Phil Bray for Netflix)