A Lesson in Prevention, Courtesy of Joe Lewis 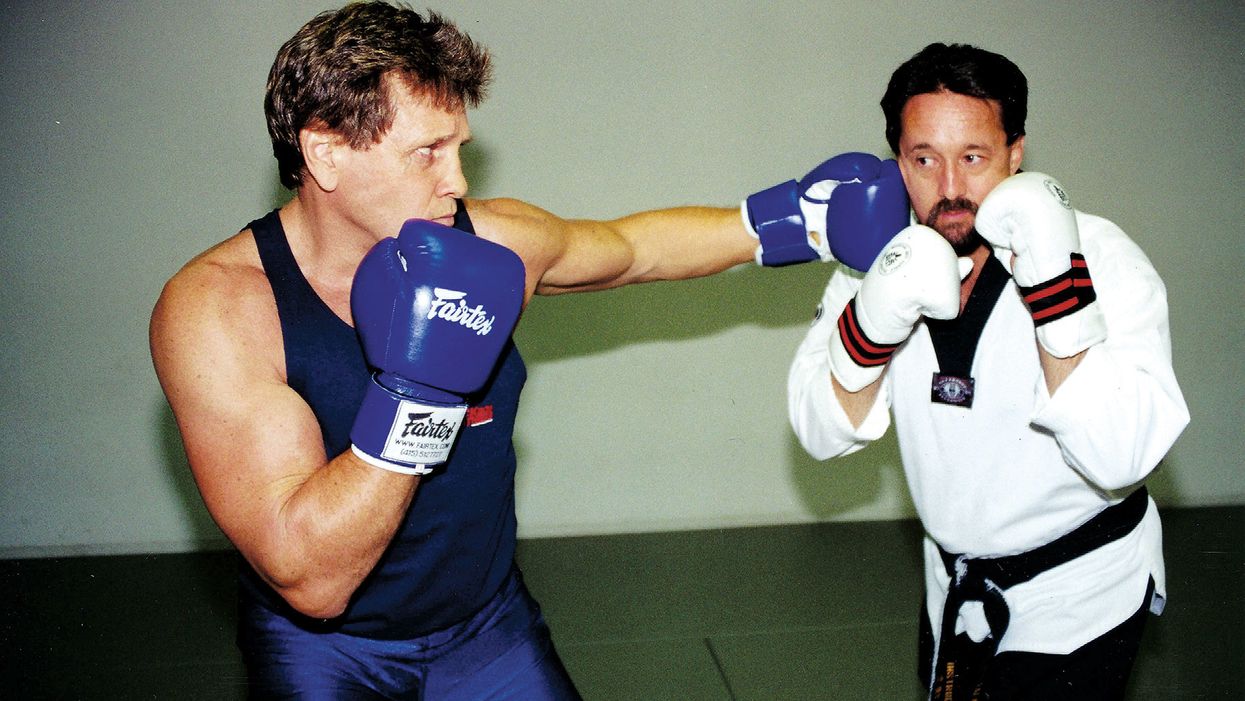 The first time I met Joe Lewis was in 1985 at a sparring seminar he gave in Corona, California.

It turned out to be a great experience — even though he lambasted all traditional stylists (like me) who used formal stances (the horse stance, for example) in their training. His comments didn't bother me, however, because by then I'd learned to regard statements from martial artists with his impeccable credentials as constructive criticism. So I listened intently as he spoke, even though I never stopped doing those stances.

The next time I sat down face to face with Lewis came a decade and a half later. By that time, I was a regular writer for Black Belt, and I'd penned a few features about him after conducting telephone interviews. I had become a real fan — Lewis was a great champion, a smart fighter and a gifted teacher.

For that second meeting, the editor of Black Belt had arranged for me to meet up with Lewis in Las Vegas, where I would conduct an interview and do a photo shoot for an article. The champ was scheduled to teach at a training camp that was taking place at the Sunset Station. The plan called for Lewis to give his seminar, after which I would link up with him. Then one of his people would drive us to his dojang to do the photo shoot. The story would be on Lewis' latest and greatest fighting techniques.

Everything unfolded as planned, and I even got to spend time with some of the other martial arts celebs who were teaching, including Bill Wallace, Ken Penland and Larry Lam. I'd spent a lot of time around Wallace, much more than with Lewis. That's probably why I found it fascinating to see Lewis and Wallace together. Even though a bunch of people were present, Lewis continually razzed Wallace. Now, Wallace is usually the one razzing to the rest of us, but on this occasion, "Superfoot" proved he could take it as well as dish it out. He didn't allow himself to get bothered at all and poked back when he could. It was all in good fun.

By sheer luck, on my last evening in Vegas, I got to hang out with Lewis and Penland, whom I knew pretty well and had trained under some years before. The camp had concluded for the day, and the three of us meandered around the hotel lobby before finding our way to the slot machines.

I deposited some coins in a few slots, then turned to watch as a commotion developed near where Penland was playing. He'd just won a jackpot — more than a grand, I found out later. We all were excited for him. Afterward, we moved to the steakhouse.

After dinner, we milled about the hotel, first visiting some shops and then wandering back to the casino floor. At one point, I noticed a blackjack table nearby where a guy was playing multiple $100 chips per hand. I said to Lewis and Penland, "Let's watch this guy lose his stack."

Unfortunately, the man overheard my comment — and proceeded to curse at me. My response was less than admirable: I jawed back at him, which caused him to unleash a few more choice words in my direction. Part of the reason I engaged the blackjack player was I had come with two of my martial arts seniors, so to speak, and I didn't want to back down in front of them.

So I figured, what the heck?! I let loose with a flurry of syllables and gave him the mean face. The change in the guy's body language instantly upped my alert level from yellow to orange. I knew he was about to do something.

That's when Lewis took action. He walked over to the guy and said, "We're real sorry."

Sensing that the man was not about to acquiesce, Lewis pressed his hand on the gambler's shoulder. With that deep Southern voice, he said, "Sir, please don't stand up. I promise you it won't end well."

And that was that. The gambler relented, I decided I'd better keep my mouth shut and things were cool. We did garner the attention of the pit boss, but Lewis took care of that, too — again, with words only. I was relieved because I knew I was in the wrong for helping escalate the situation.

When all was done, Lewis just looked at me and said, "Hmmm." It was another lesson I was privileged to learn from the champ.

Neither Lewis nor Penland said another word about it. We closed the night with lots of martial arts talk at one of the lounges.

Later, I wrote the story, which was published in the June 2000 issue of Black Belt. Lewis didn't call me to say the article sucked, so I deemed the collaboration a complete success. Although I would never see Lewis again, I will never forget that wild and crazy weekend and the lesson I learned about the role self-control should play in the life of a martial artist.