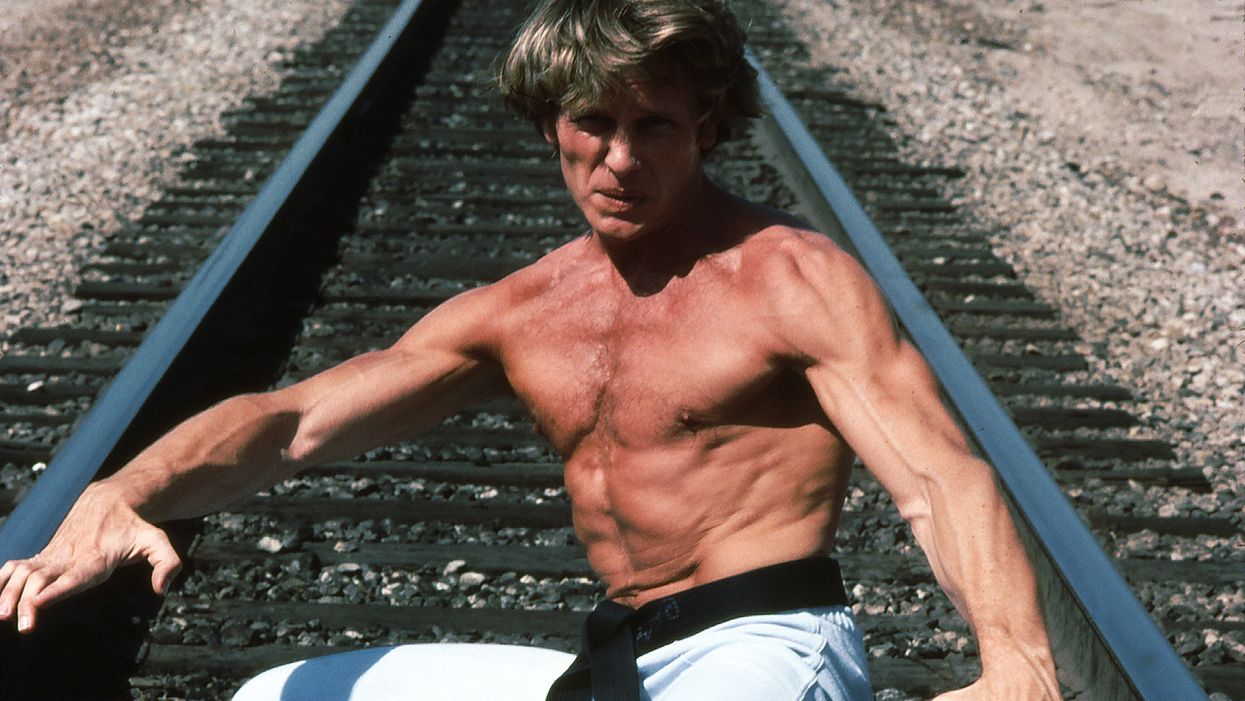 When I left Okinawa, I had no idea that the valor and hard work of my instructors would bring me so many honors. The lasting respect I have for them will always touch the deepest part of my heart. Those who trained in the Far East during the late 1950s and early '60s enjoy a spiritual bonding that others cannot imagine.

Secrecy played a big role in my early training in Okinawa. I had asked the U.S. Marine Corps to station me there so I could learn karate, but upon arrival, I found it difficult to get any information about good schools. No one who was practicing the martial arts wanted a new person at his school, and when a newcomer did show up, the others were rude to him. They refused to speak to him and embarrassed him if he asked questions.

Even with those barriers, I did not give up. I sought out Eizo Shimabuku's dojo after I heard about one of his American black belts. His school had a reputation for producing the best fighters in Okinawa. On my first night at the dojo, the rain was pouring down and we were training outside.

In fact, most schools in Okinawa were outdoors. They had no heating, mats, air conditioning or roof. When it was cold, we froze. When it was hot, we perspired. When it rained, we got wet. When it came to injuries, we licked our wounds and went back to our military base. No one cared about those who couldn't take it.

That first night, I received a three-hour private lesson from Shimabuku, who was a 10th-degree grandmaster. Once I began training regularly, I realized that the Okinawans tried to keep everything secret from the outside world. We were taught to shun competition because it was not our goal. We hid our training techniques and routines from outsiders. That attitude kept me from telling my own family that I had become a black belt for two years.

Of course, after I won the United States National Karate Championships in 1966 and the local newspapers ran it on the front page of the sports section, it was hard to hide my training any longer.

My typical workout in Okinawa was to arrive at the school two hours before class began. I would hit the makiwara (punching post) for one hour to develop my hands and forearms. Then I would spend another hour doing nothing but side kicks on a heavy bag.

The formal workout usually lasted an hour and a half. We would begin by singing a fight song and meditating, then move on to some hard drills that involved punches, kicks, blocks and footwork. At the end of class, we worked on waza (techniques) or kata (forms).

When it was all over, we could spar if we wanted. We always sparred at the end of class, never at the beginning or during. We sparred after our bodies were tired because that's when mistakes show up. During sparring, there was only one rule: Never quit.

We never counted points. I didn't know what a point was back then. All I learned was to keep going. Even if we ran out of gas or got injured, we never stopped. Sparring equipment was almost nonexistent, so all matches were bare-knuckle. It was quite different from the typical 1990s American workout.

The age of the class members was another unique aspect of the training. There were no children, women or older people. The class was composed of tough Okinawans and tough U.S. Marines, usually between the ages of 17 and 28. Every night, the instructor would do his best to burn people out and make them go home early, hoping they would never return. With nine out of 10 people, he succeeded.

Most Marines could not handle the painful Okinawan way of training. They would get winded during the first three minutes and not catch their breath again until class ended. They would get sore the first couple of nights, and the pain would not leave their body for at least three months.

I liked that training, however, and I liked the emphasis on weapons. We learned several traditional weapons, most of which were farm tools. During the day on the military base, I would spend hours working with the bo, kama, sai and other implements.

The classes were conducted in Japanese. That gave us a sense of the art's heritage that students in American schools aren't exposed to, but it was also difficult to overcome. Another obstacle was the Asian adherence to totalitarian philosophies. That made it difficult to question anything we were taught. The old masters seemed to possess the power to strip away our values and replace them with new, decidedly Asian, ones.

It was unheard-of to miss a single day of training. During my first stay in Okinawa, I trained every night, seven days a week. After a stint in Vietnam in 1965, I spent another six months in Okinawa and attended three schools every day: a karate class at noon, a judo class at 6 p.m. and another karate class at 9 p.m. I lived and breathed the martial arts.

I'm glad I invested so much time in the dojo because training in karate's homeland helped me develop a fighting spirit, and that has benefited me every day of my life.

Joe Lewis was Black Belt's 1975 Karate Player of the Year and 1986 Co-Instructor of the Year.