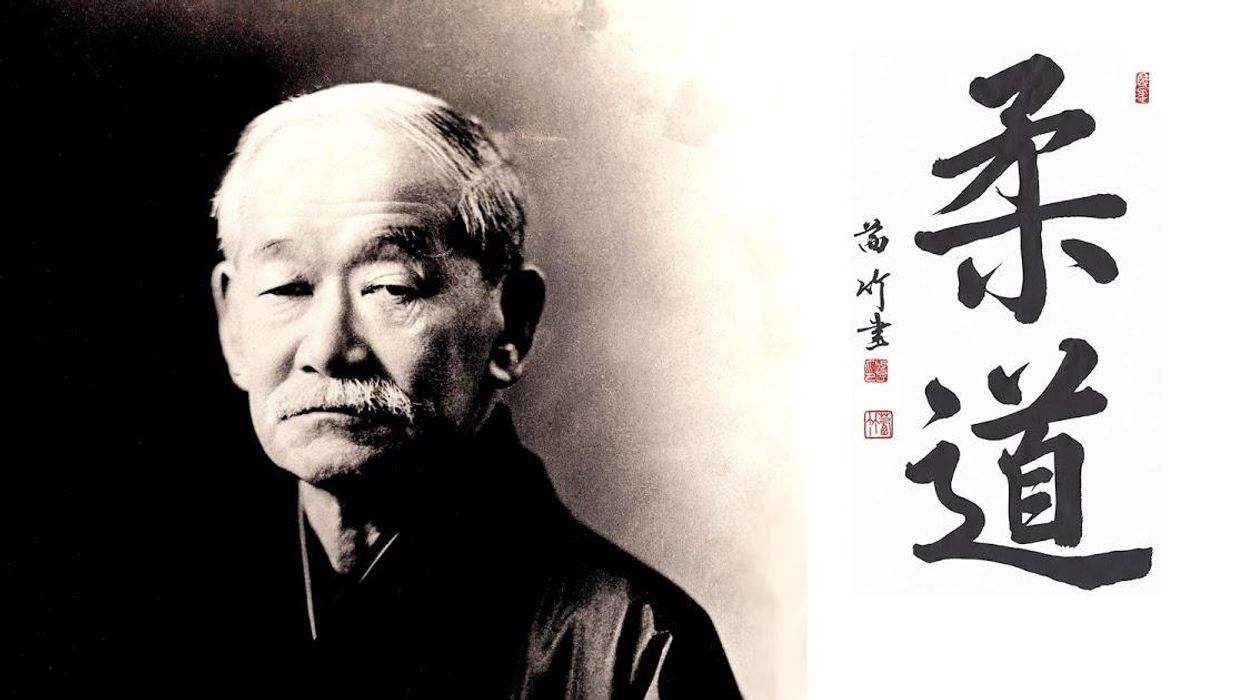 In my last Blog I covered how Jigoro Kano in developing judo by eliminating the jujitsu techniques which would lead to injuries, created the ability to randori free practice at full intensity.

The result of this intense level training, coupled with a high degree of safety, was that judoka became very effective fighters. Kano's student Mitsuyo Maeda traveled to South America and Cuba engaging in matches resembling today's UFC but much rougher.

Back in Japan at the Kodokan the battle between judo and the various remaining jujitsu styles continued.

These top students of Kano's Judo continued to prevail in contests to determine the best martial art for use by the Tokyo Police. They were a tough group and Kano realized his group could become thug like if they weren't given a higher purpose.

During my 1995 trip to Japan, led by Kazuo Shinohara, the U.S. National Champion from the early 60's, I recall stopping by his father's dojo in Iyomishima. We also went to visit the Inuyama Samurai Castle nearby. It required taking a ski lift to the mountain top it was located on.

There Kaz' dad told us the story that real reason Kano developed his judo maxims was to keep his fighters tame and under control.

At the root of Kano's judo are these two principles; seiryoku zenyo (to make the best use of your power or be energy efficient) and jita kyoei (to go forward together with your opponent or win/win). The ultimate goal of judo is Jiko no Kansei (to seek perfection of character or self-actualization).

Abraham Maslow would later define this as the highest level of fulfillment in his Hierarchy of Needs or Self-Actualization. This is a person who really knows themselves in terms of the good, bad, and even the ugly. They can accept positive self-criticism and even seek it out. They know their own proclivities and are able to laugh at themselves.

For instance, people often make jabs at me about my hogging the microphone or the spotlight at events or meetings. Rather than take offense, I've learned to embrace these jabs and laugh at myself! This is in contrast to some very high ranking judo Sensei I've seen take offense to being told they were too intense.

Being able to take self-criticism even seek it out, is also an essential survival skill in business.

Many people do what Kano called Small Judo which is to focus only on the application of the physical techniques in the dojo or in winning shiai contests. Big Judo Kano defined as how one applies judo to all aspects of their life in an effort to improve themselves and contribute something positive towards the betterment of society. I will address this further in one of my future blog's regarding judo and life skills.

The late Yukimitsu Kano (Jigoro Kano's grandson) and me at the Kodokan in 1991.

My son Nathan displayed his passion for Judo and Kano's maxims by getting this tattoo before his year-long stay in Japan at International Budo University.