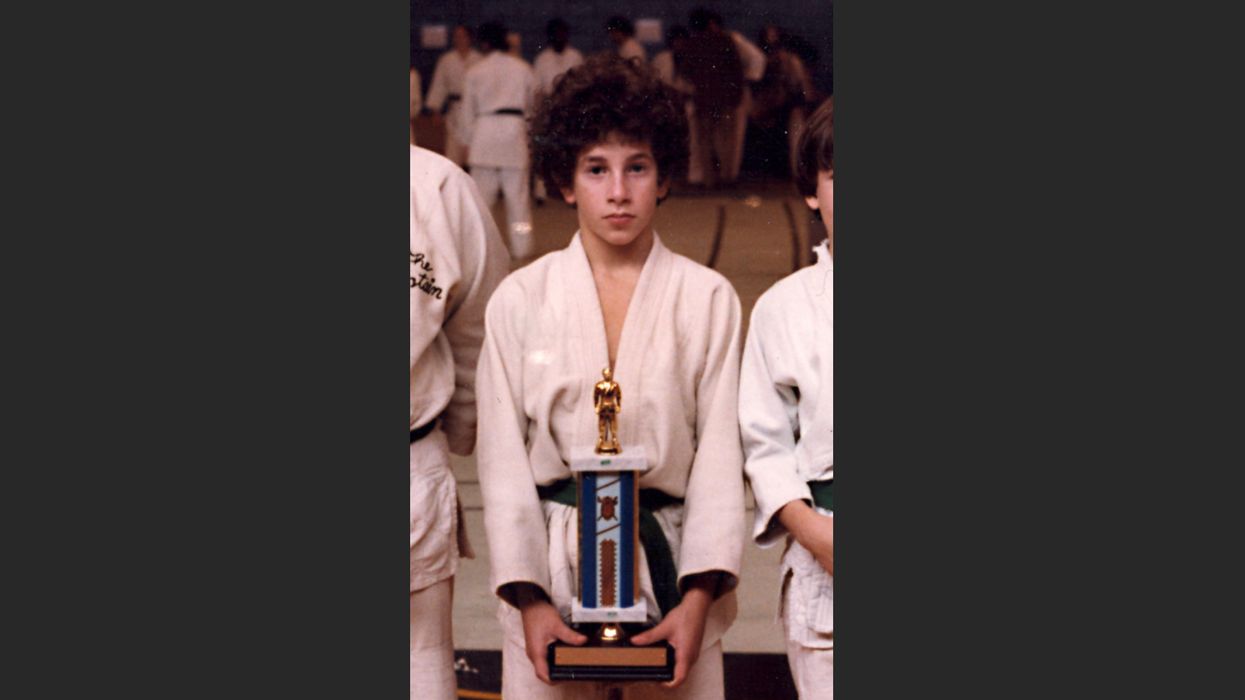 The September 11, 2001 terrorist attacks in New York City and Washington, D.C., horrified people around the world. While we struggled to come to terms with this national tragedy, we were inspired by the actions of several passengers on United Airlines Flight 93, who decided to battle the hijackers to regain control of their doomed jet. They sacrificed their lives to ultimately save thousands of others.

"We believe those passengers on this jet were absolute heroes," FBI Director Robert Mueller said after he visited the crash site.

Jeremy Glick was one of those heroes, and people who knew the judo champ were not surprised that his intervention helped thwart certain disaster in the nation's capital. "He was a very good student, a strong judo student," said Nagayasu Ogasawara, Glick's former judo instructor.

The West Milford, New Jersey, resident began training in judo with his brother when he was just 7. A strong competitor, he placed third at the United States of America Judo Federation Nationals when he was 15, Ogasawara said.

Ogasawara lost touch with Glick when he went to college, but in 1993 their paths crossed again at the National Collegiate Judo Championships in San Francisco, where the sensei was coaching the West Point cadet team.

"I wasn't expecting it, and all of a sudden Jeremy came up to me," Ogasawara recalled. Although the college did not have a judo team, Glick had trained at a local club and competed at the tournament as a University of Rochester student, he added.

Ultimately, the Westwood, New Jersey-based instructor coached and supported his former student at the tournament, and he was in Glick's corner when the brown belt took first place to become the national champion and receive the outstanding player award.

"After that, the association wanted to promote him to black belt because he was too good to be a brown belt," Ogasawara said. "He was promoted at that tournament."

Although he was sad to hear about Jeremy Glick's death at age 31, Ogasawara said he's proud of what he did for his country. "He's a real hero," he added.

Ogasawara's students agree. Jim Purcell, a second-degree black belt, and Celita Schutz, a third-degree black belt and five-time national champion, trained with Glick when they were younger. Both remember him as being very athletic, energetic and friendly, and they lauded his natural skills as a judoka.

"He had no fear when he competed against anyone," Schutz said. "He had a great character and sense about him, [and] he was always willing to try things. He was definitely willing to take chances, yet he was very careful about what he did."

Purcell was not surprised Glick tried to stop the hijacking. "Those terrorists who hijacked that plane — when they encountered him, they probably didn't expect the kind of offensive he would launch on them," he said. "He was an excellent judo player. I'm sure he fought with every ounce of strength in his body, and I'm sure that whatever he did, he [prevented] that plane from hitting whatever target they had in mind."

Schutz added: "When I read the first article in a local newspaper, my heart was pounding because I knew. I could see him through this experience. Jeremy and those others on Flight 93 actually had a choice to fight back, and for that I am extremely proud of him."

Jeremy Glick showed true budo spirit when he and the other passengers fought against their hijackers, which is why Black Belt inducted him into its Hall of Fame as 2001 Man of the Year.

About the author: Sara Fogan is a former managing editor of Black Belt.