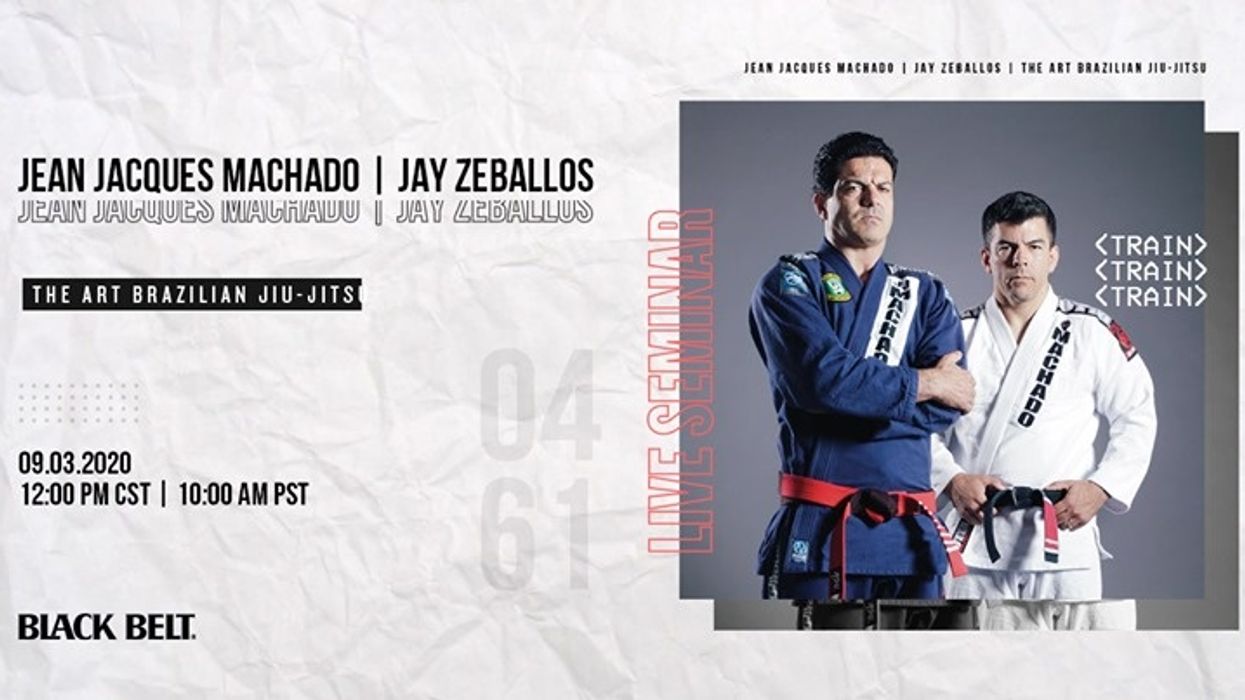 Jean Jacques Machado is one of five brothers of the world-renown Machado Brazilian Jiu-Jitsu family.

Born in Rio de Janeiro, Brazil, Machado began his Jiu-Jitsu training more than forty years ago. He dominated the competitive arena of Brazilian Jiu-Jitsu in his native country, capturing every major title and competition award from 1982 through 1992.

In 1992, he arrived in the United States to continue his competitive success. Dominating the Brazilian Jiu-Jitsu scene both in the United States and in international competition, Machado gained worldwide recognition in 1999 with his performance at the Abu Dhabi Combat Club World Submission Wrestling Championships. Today, Jean Jacques is one of the very few 7th degree Coral Belts who continues to actively teach full time at his academy in Tarzana, CA.

Jay Zeballos has been a student under Jean Jacques Machado for over 20 years, receiving his Black Belt in 2007. A full-time instructor since 2010, he teaches adult and youth classes at the JJM Headquarters in Tarzana, CA. A third degree Black Belt, Zeballos is also one of Jean Jacques' most active and decorated competitors, earning numerous titles in the Black Belt Master Divisions INSTGRAM ACCOUNT: @jayzeballos