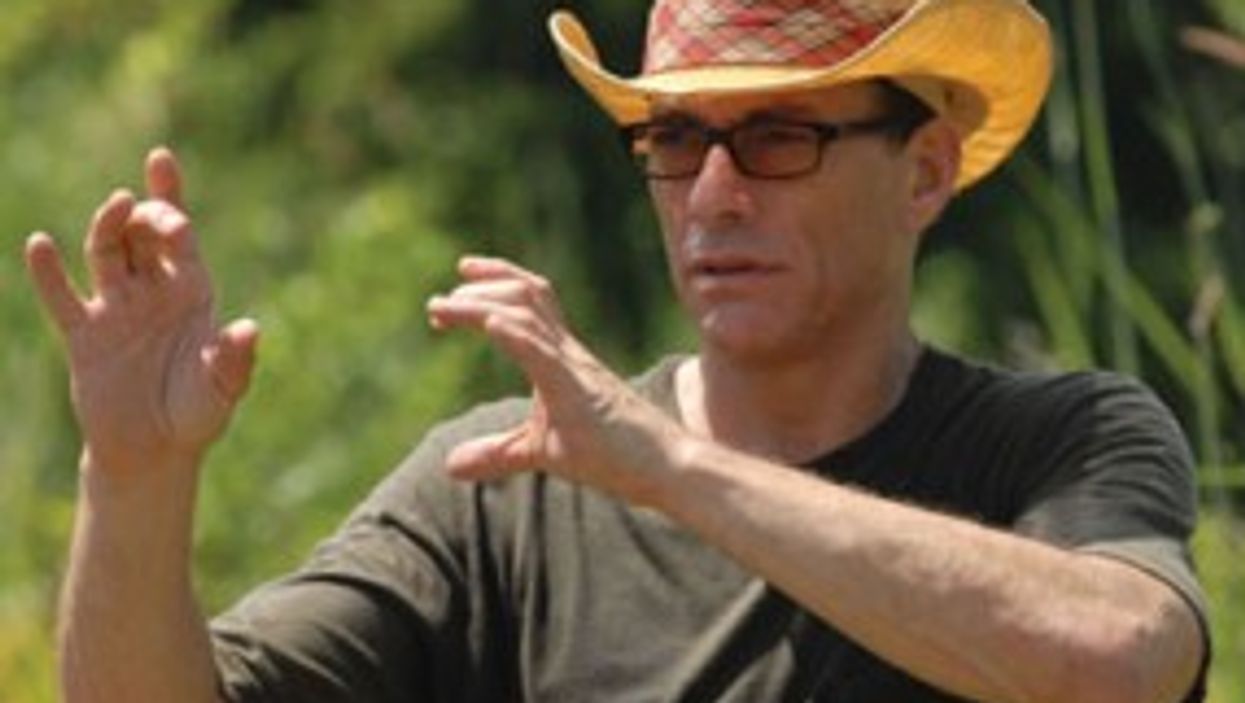 Jean-Claude Van Damme, star of the original 1989 Kickboxer, returns for the upcoming reboot of the classic martial arts movie. Learn whom he's replacing, who else is on board and more!

As many know by now, the 1989 martial arts movieKickboxer— the film that helped launch the career of Jean-Claude Van Damme— is getting the reboot treatment courtesy of Radar Films. Producer Ted Field from Radar Films announced this week, however, that Jean-Claude Van Damme himself (often referred to by fans as simply JCVD) has joined theKickboxercast, taking over the role of Master Chow. JCVD replaces none other than popular martial arts movie starTony Jaa(Ong-Bak, The Protector). The 3-D reboot ofKickboxer— starring Alain Moussi, Dave Bautista, andGeorges St-Pierre(and also now JCVD) — recently started production in New Orleans, Louisiana and Thailand. "We are so excited to haveKickboxerroll into production and to have JCVD in the role of Master Chow, passing the torch to Alain [leading] the franchise to a new generation," said Field regarding the addition of JCVD to the cast. "Audiences better get ready for this incredible reboot. The action is going to be non-stop with never-before-seen stunts. Simply put,Kickboxerwill kick ass!"

Explore the life and times of Bill Wallace in this FREE download! Bill "Superfoot" Wallace: How He Became the World's Greatest Kicker for 50 Years!

A plethora of martial arts reportedly will be represented in the movie.

For those who are unfamiliar with the plot of the 1989 JCVD vehicle: California-based Eric and Kurt Sloane are accomplished martial artists. When Eric wins a karate championship, a promoter lures him to Hong Kong despite his brother's protests that the man is a crook. Kurt (played by JCVD in the original film) receives a letter from Eric and heads to Thailand to meet him. When JCVD's character arrives, he discovers his brother is dead, and the man responsible is Tong Po. Kurt turns to his brother's mentor to learn the secrets of kickboxing so he can exact revenge.

Check out this trailer from the 1989 Kickboxer to refresh your memory and see classic JCVD martial arts moves:

"[The reboot of] Kickboxer will display a style of acrobatic, rapid-fire martial arts action that Scott Adkins is increasingly becoming synonymous with," said Brian O'Shea, CEO of The Exchange, an international sales and finance company and one of the movie's executive producers. "[The movie] has compiled a talented cast to push the boundaries of the martial arts."

Alain Moussi will portray Kurt Sloane, the martial artist JCVD played in the first film. Born in Libreville, Gabon, Africa, Alain Moussi is a Canada-based actor and martial artist who holds several black belts. The 33-year-old has worked in numerous movies, including X-Men: Days of Future Past, Pacific Rim and White House Down.

The evil Tong Po will be played by Dave Bautista, a former pro wrestler with the WWE who was featured in Guardians of the Galaxy.

The director for the Kickboxer reboot starring Alain Moussi, JCVD, Scott Adkins, Dave Baustista and Georges St-Pierre will be Stephen Fung, who helmed Tai Chi Zero and Tai Chi Hero, among other titles.

The Ultimate Guide to Martial Arts Movies of the 1970s: 500+ Films Loaded With Action, Weapons and Warriors