Navigating the Maze That Is the Japanese Language 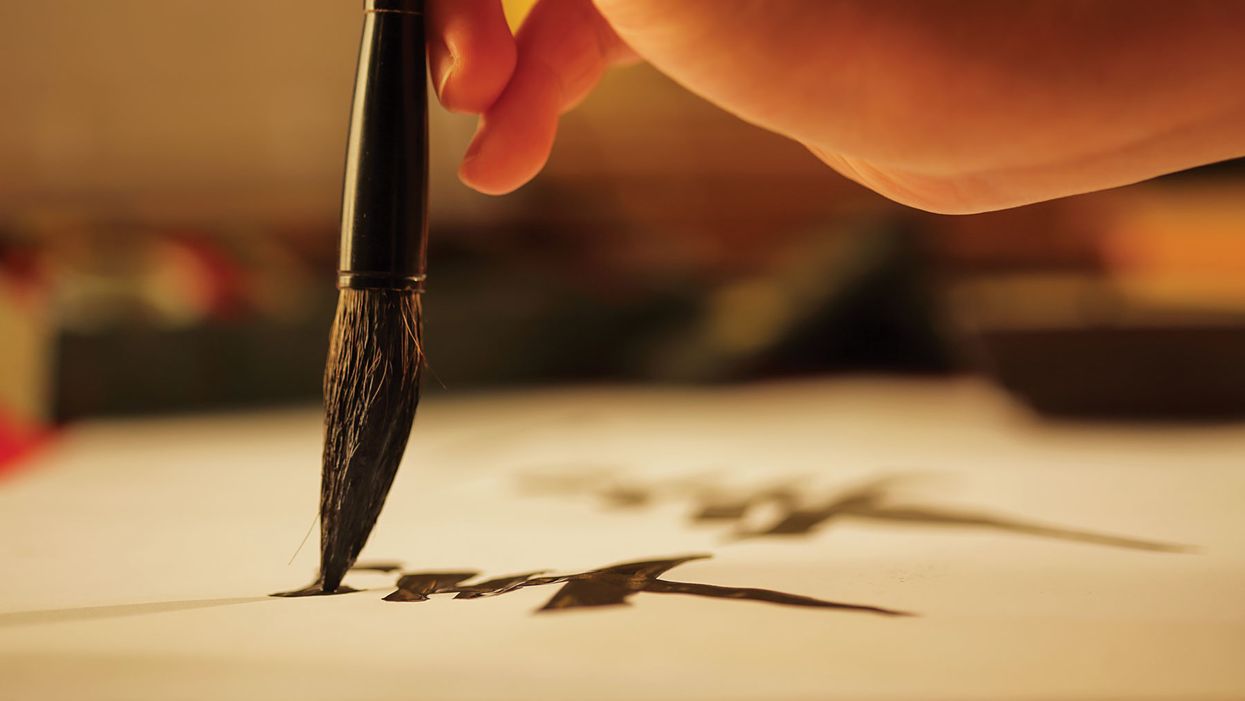 Those giant mazes, made of hedges or carved from cornfields and designed so that you have to wind your way through, are a simple stroll compared to the maze presented when working your way through the Japanese language.

The word empi presents a good example. Many Black Belt readers will be familiar with it because it was Gichin Funakoshi's name for a karate kata originally — and, in Okinawan dojo, still — called wanshu.

That original name referred to an expatriate Chinese martial artist who taught in the Tomari region of Okinawa. Funakoshi changed the name when he introduced karate to mainland Japan in the 1920s. Why? Probably because wanshu sounded Chinese to Japanese ears. Given the era, a time when Japan was becoming fervently nationalistic, it would be more patriotic to have a Japanese-sounding name, so Funakoshi wrote empi using the characters for "flying" and "swallow."

Of course, empi also can be written with different characters to mean "elbow." Some karateka know this term and so confuse it with the kata's real name. But that's just the tip of the iceberg. The two characters that are pronounced empi also can be written to mean "flying monkey." You might think this would be a word largely confined to the inhabitants of Oz, but it's actually the name of one of the oldest kata in any school of traditional Japanese swordsmanship.

Empi no tachi, or "the sword of empi," is a kata that was already being practiced by members of the Kage ryu back in the 15th century. Its roots may be Chinese, and it's mentioned in the ancient text known as The Bubishi.

Kamiizumi Nobutsuna was a student of the Kage ryu. In the mid-1500s, he embarked on a period of travel during which he challenged other warriors and learned all that he could. Among the results of these years was his inspiration to create a new school called Shinkage, or New Kage ryu.

At this time, Nobutsuna changed the characters used to write empi to "flying swallow." Why? Nobody knows. Today, more than four centuries later, we still use these characters when referring to the Shinkage ryu kata. Oh, and just to make it more interesting: In the Tenshinsho Katori Shinto ryu, another classical school of martial arts, there's a kata also called empi, but this time the name is written with characters that mean "flying circle."

The variations in kata names occur because most of the characters can be homonyms, or words that are pronounced the same but written with different characters that have different meanings. More important, it occurs because the martial arts, like all arts in Japan, were traditionally taught in small, closed groups. You knew your teacher, and you knew — and often were related to — others in the group. There was little need for writing. Your teacher and your seniors were right there. They said, "This is the kata empi," and they showed it to you. It didn't need to be put on paper.

Most of the written references to ancient martial arts were confined to densho, or scrolls that granted teaching authority to those for whom they were written. Instructional scrolls tended to be vague, often deliberately so to preclude secrets from being stolen.

When it came time for a teacher to write a densho for a student, he might, for the first time, be faced with having a document related to the art other than the one he'd received from his teacher.

"Hmm," the teacher might say, reviewing his own license. "Sensei used the characters for the basic principles of our art that mean 'the sword without equal,' or muso-ken. But he always said the meaning of muso here was written with the characters that mean 'acting spontaneously without any thought.' So which way do I write it?"

Empi no tachi, or "the sword of empi," is a kata that was already being practiced by members of the Kage ryu back in the 15th century. Its roots may be Chinese, and it's mentioned in the ancient text known as The Bubishi.

Alternately, a teacher might decide to write a word so it was pronounced the same way but used different characters for a different meaning. Seigan can be written with characters that mean "directly at the eyes," a reference to a posture in which the tip of the sword points right at an opponent's eyes. However, the teacher, a devout Buddhist or one who wished to add some deeper level of meaning to the art, might choose to use the characters for seigan that refer to vows taken by someone aspiring to attain Buddhahood.

Three or four generations later, who would remember which one was the original?

Then, too, some instructional scrolls were written from memory. The writer might be trying to describe the position of the sword as it was held with the blade up, tilted over the user's shoulder.

Hasso kamae is a common term for this.Hasso, though, can be written to convey "going through eight stages," which can mean one is protected from all eight angles. Or it can mean "brushing aside grass," which can describe the sweeping kind of cut that originates from the posture. In one famous school of classical swordsmanship, some scrolls write it one way and some the other.

Here's another example: Isshin-ryu is a popular form of Okinawan karate. The characters for isshin, however, can be written at least three ways. All three are used in more than a dozen Japanese martial disciplines.

A Western student can say that he or she doesn't need to be able to understand Japanese to learn a martial art, and to some extent, I would agree. It is good to know, however, that if you don't understand how and why your art means what it means, both in the written form and the spoken form, you might eventually be a little in the dark about it.