Japanese Jujitsu for Self-Defense - Much More Than Just Joint Locks! 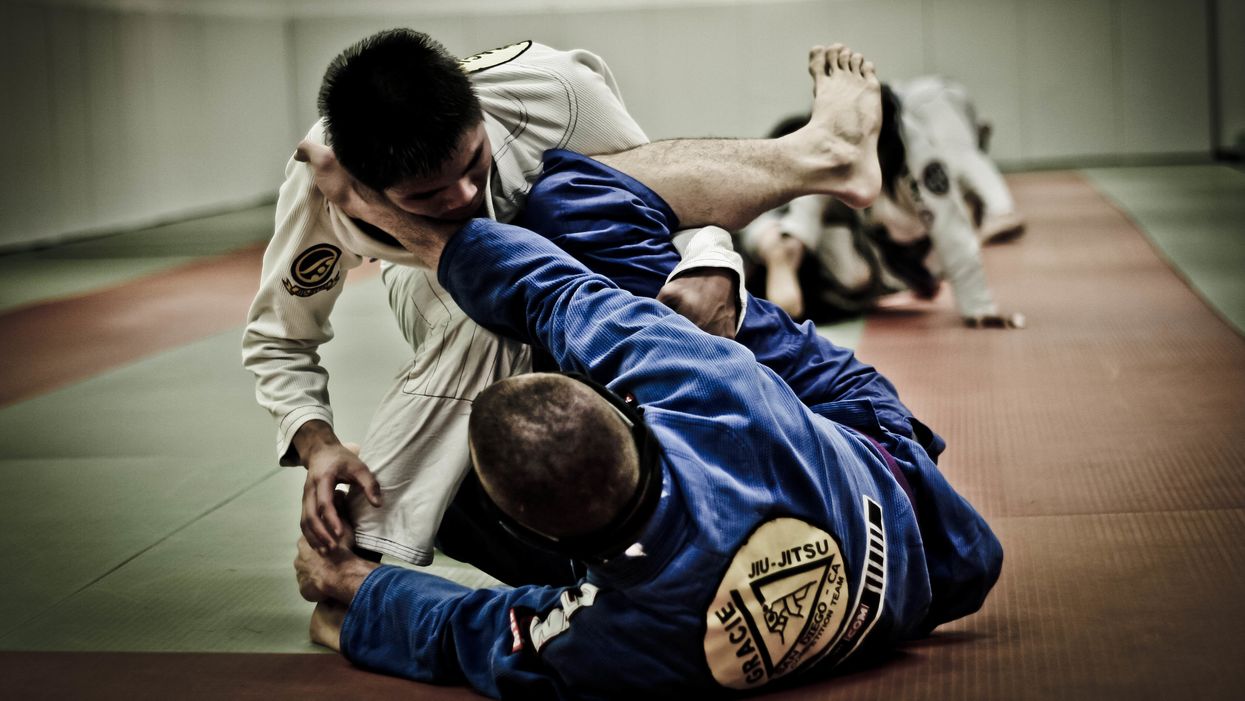 Martial artists often harbor misunderstandings about Japanese jujitsu: It’s a glorified form of judo ... it’s a mutant form of aikido ... it’s a kind of karate with a few sweeps and throws tossed in. All are wrong.

Newcomers to Japanese jujitsu often get confused during their first class. What's going on in a dojo where students are wearing judo uniforms but practicing blocks and strikes? Shouldn't they be wearing karate uniforms because, after all, they're doing “karate"? Jujitsu is all about ground work, isn't it?

Plenty of martial artists harbor misunderstandings about jujitsu. One of the biggest is that it's a glorified form of judo. Or that it's a mutant form of aikido. Or that it's a kind of karate with a few sweeps and throws tossed in. That's three strikes!

Traditional jujitsu is actually the parent art of judo, aikido and several styles of karate. In essence, jujitsu is a blend of all three because it's the traditional source of all three. Because jujitsu is the parent, it's not unusual to see students practicing blocks and counterstrikes with, although more often without, protective padding.

To an inexperienced observer, the execution of a block or counterstrike may not be noticed as the jujitsu stylist moves through a self-defense technique. The observer may see the block, possibly a deflection, probably a throw or a rapid series of movements used to establish a control hold that suddenly becomes apparent.

Or he may suddenly realize that the attacker is on the ground and have no idea what caused that to happen.

However, the initial block/deflection and counterstrike are critical and essential elements of effective jujitsu. The block/deflection stops the attacker's momentum or redirects it. It destroys the continuity of his attack and makes him more vulnerable.

The counterstrike, or atemi waza, has several roles. First, it can cause physical damage. A properly delivered strike to the nose, cheekbone, collarbone or floating ribs can cause a fracture. None of those injuries is necessarily serious, but each can inflict pain and instill fear. All that can be accomplished with minimal force as long as proper execution is there.

A counterstrike can also stun an assailant or the attacking extremity. A solid block to the forearm, if it strikes a nerve (either halfway down the forearm at the base of the brachioradialis or one-third down the inside of the forearm on the ulnar nerve), can disable the limb. Delivered with sufficient power, it might even fracture the forearm, making the block a counterstrike.

Many years ago, I was teaching jujitsu at the junior high where I worked as a teacher. One student was doing his best to avoid a physical confrontation with another student. Finally, the bully swung at him, and the jujitsu student simply blocked the kid's forearm. The impact fractured the assailant's arm and immediately ended the fight.

Normally, both parties would have been suspended, but because of the number of witnesses who verified my student's attempts to avoid a confrontation, the defender stayed in school. Meanwhile, the aggressor went to the hospital.

Jujitsu teaches methods for countering using your blocking/deflecting hand, as well as your free hand. It encompasses techniques that can stun an attacker by striking a nerve or applying pressure with one finger. The latter tends to be more effective because considerably less force is necessary and because the pressure can be attenuated to deliver just the right amount of pain.

The opponent attempts a right punch, and George Kirby blocks it aggressively to create a distraction (1). The defensive action opens the man to Kirby's knee strike, which targets his groin (2). As the opponent bends forward, Kirby threads his left arm under the man's right arm (3). Opposite view: The jujutsu practitioner applies an arm lock/shoulder lock (4). With his right hand, he grabs the man's right upper sleeve or shoulder to “help" him down into a rear shoulder-lock submission or dislocation (5).

When necessary, however, jujitsu counterstrikes can drop an attacker in a heartbeat. To do that, you must focus on a sensitive area of your opponent's body that's readily accessible. For example, you might choose a blow to the base of the larynx at the jugular notch or a double-forearm strike to the sides of the neck, stunning the auricular, hypoglossal or vagus nerve centers. Again, neither response requires much power, just proper execution.

If the block/counterstrike causes injury or brings the attacker down, that's great, but it's not your primary intent. Impact techniques are more often used as a distraction. The atemi waza will make the attacker think of something else, thus lengthening his reaction time and enabling you to do what you really want to do — usually a throw, takedown or come-along technique. The concept follows one of Sun Tzu's strategies:

If you can confuse or distract your enemy with a smaller force [of soldiers], it will be easier to attack him more effectively with your main force because he will have to allocate valuable resources to deal with the smaller force.

You may be thinking, Why use a counterstrike as a distraction? Why not just use an effective single strike and be done with your assailant? It sure would be a lot simpler, wouldn't it?

Yes, it would. However, the real world doesn't work that way. An old saying reminds us not to put all our eggs in one basket. If you base your response to an attack on the assumption that one strike will finish your assailant, what do you do if it doesn't? You need to develop a whole series of moves that can be used as a follow-up to your first counter. Those moves can be additional strikes, throws, takedowns or pins.

Furthermore, the laws of the United States require that any actions you take while defending yourself on the street be “measured." In most cases, you can't go all out like you've been trained to do in the dojo. If you pulverize your assailant, you may be charged with using excessive force.

You may disagree with this concept, but it's part of the legal system. Nevertheless, the law isn't the main reason you should elect to use a counterstrike as a distraction rather than a technique designed to cause serious injury.

Using a counterstrike to distract enables you to more effectively control your assailant. When he's controlled, it's less likely that severe injury will have to be inflicted. On the other hand, once you have control, severe injury can be inflicted if the condition warrants — such as during an assault with a deadly weapon or by multiple attackers.

Jujitsu: Toward One Technique is George Kirby's latest book.

If a thug grabs your shirt, the situation might warrant only a release technique and perhaps a control hold. But if he pulls a knife, you can switch modes and break his wrist or arm. The situation determines what's reasonable.

If you know jujitsu, your counterstrike may not even be noticed by the casual observer. However, it's probably the most important step in effective self-defense when it's combined with proper body movement. That movement, by the way, is designed to get you out of the way of the attack and into a position to follow through with whatever you've planned to do after the counterstrike but before the assailant realizes that the counterstrike was merely a distraction.

Never assume any move or technique will work. If a counterstrike effectively stuns or injures the assailant, you may continue into a follow-through simply as a completion of the technique. If you recognize that the initial counterstrike has been effective, you can back off. However, that's difficult to do because most martial arts training teaches you to follow through.

Using a block/deflection before a counterstrike is also integral to arts related to traditional jujitsu. In aikido, the block is usually a deflection to redirect the attacker's ki. The counterstrike is the movement of your same-side or opposite-side arm or hand to continue his momentum, usually in a circular direction around your body. Sometimes a joint is locked in the process.

In judo, things are a bit more esoteric. Off-balancing your opponent is analogous to the deflection, and executing a throw can be seen as the counterstrike. In ground work, the block/deflection phase may entail moving part of your opponent or yourself to prevent the setting of a hold or pin. It's immediately followed by an elbow or knee thrust to create more space and a distraction for your counter.

No matter the art, an effective block/deflection that's coupled with a counterstrike causes your opponent to lose his internal balance and sense of continuity, whether he's standing or on the ground. The concept, called kuzushi, holds that once continuity is broken, your technique — whatever it may be — has a greater chance of succeeding.

About the author: George Kirby has taught jujitsu since 1967. The newest book from this Black Belt Hall of Famer is Jujitsu: Toward One Technique. Order your copy here.