Jahnel Curfman: The Road to the Cobra’s Dojo 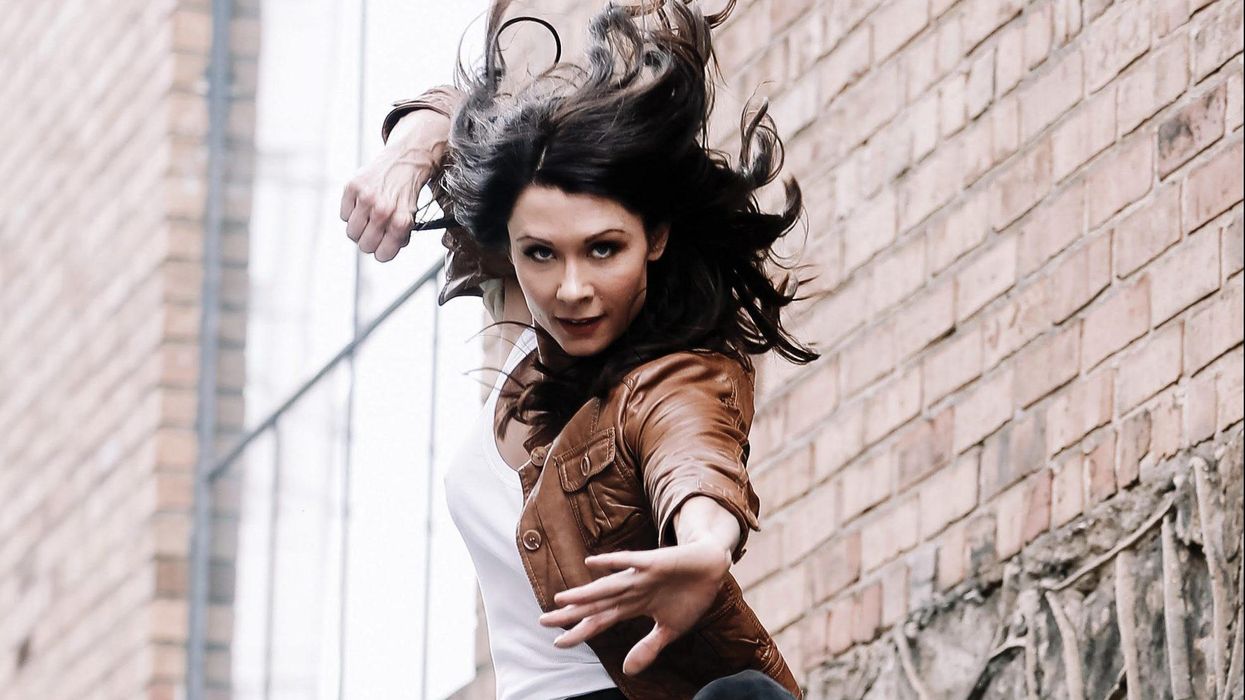 You've seen her punching, kicking, jumping, being chased through the jungle, falling from incredible heights and you may have even seen her body entirely blue.

That's because Jahnel Curfman is a stunt woman, fight choreographer, and martial artist. Though she is at the pinnacle of her craft as one of the stunt coordinators for the streaming hit Cobra Kai, her career didn't start that way. Before she was snap-kicking in movies, she was a gymnast and professional dancer.

It is not often that entertainers can successfully change careers, but Curfman did just that. Starting her career as a dancer and Laker Girl, Curfman, got a gig doing motion capture for a then-secret film called Avatar. Curfman tells, "Working on Avatar was sort of that transition. I was working closely with the stunt team, we were on wires, we were doing bits of fight choreography. It was very physical. And because we worked so close with the stunt team it felt like this is the direction I'm supposed to go." It was then that she made her decision, "It was after Avatar that I was like, I'm going to start doing martial arts training because I really want to pursue stunts."

Although initially hesitant, Curfman followed her path to The legendary Daniel Inosanto's Inosanto Academy of Martial Arts, "I was completely intimidated to even go to the school. " Those initial feelings were short-lived though as she grew to love the training and felt a special reverence and respect for the legendary teacher. "He was such a warm human being that every time you went to class you looked forward to being in his presence and being surrounded by like-minded martial artists. There was never a sense of competition." The school became Curfman's home away from home as she began a grueling schedule of daily training for the next three years. Studying a variety of styles including Jeet Kune Do, Silat, Kali, Muay Thai, and even Savate, Curfman immersed herself in the curriculum and prepared herself for the next step.

With plenty of martial arts "chops" (pun intended) in her toolbox, Curfman waded into the world of stunt work. And just like martial arts, you build on your previous experience. Getting her first gig in Beverly Hills Chihuahua 2, opened the doors that led her to where she is today. "I played a mean lady who gets hit in the head by a tape measure…that was my first, actual on the call sheet job as a stunt performer. That sort of led into a couple of weeks later when I got a call to do a stair fall, and it was like, Yes!"

After working on numerous film and television projects, Curfman became a regular stunt performer, doubling Angie Harmon, on the popular show Rizzoli and Isles, but it was working on another project that brought her a new opportunity. While working on the show Outcast, the stunt coordinator was unable to be on set and he needed someone that could do the job, he knew just who to call, "I was like, I can't cover set, I'm not a coordinator!" Despite Curfman's early reluctance, just like her martial arts training, she got to work and made it happen. "That was my first taste of being on this side of it and I'm good at it."

Curfman has made the long journey as a successful gymnast and dancer to martial artist, stunt performer, and stunt coordinator, and has done so with hard work and a winning attitude. When faced with the challenge of people viewing her one way, Curfman provides excellent advice for anyone searching to become what they want to be, "You have to be ready to step up to the plate and be ready to deliver if you really want to change people's perception."