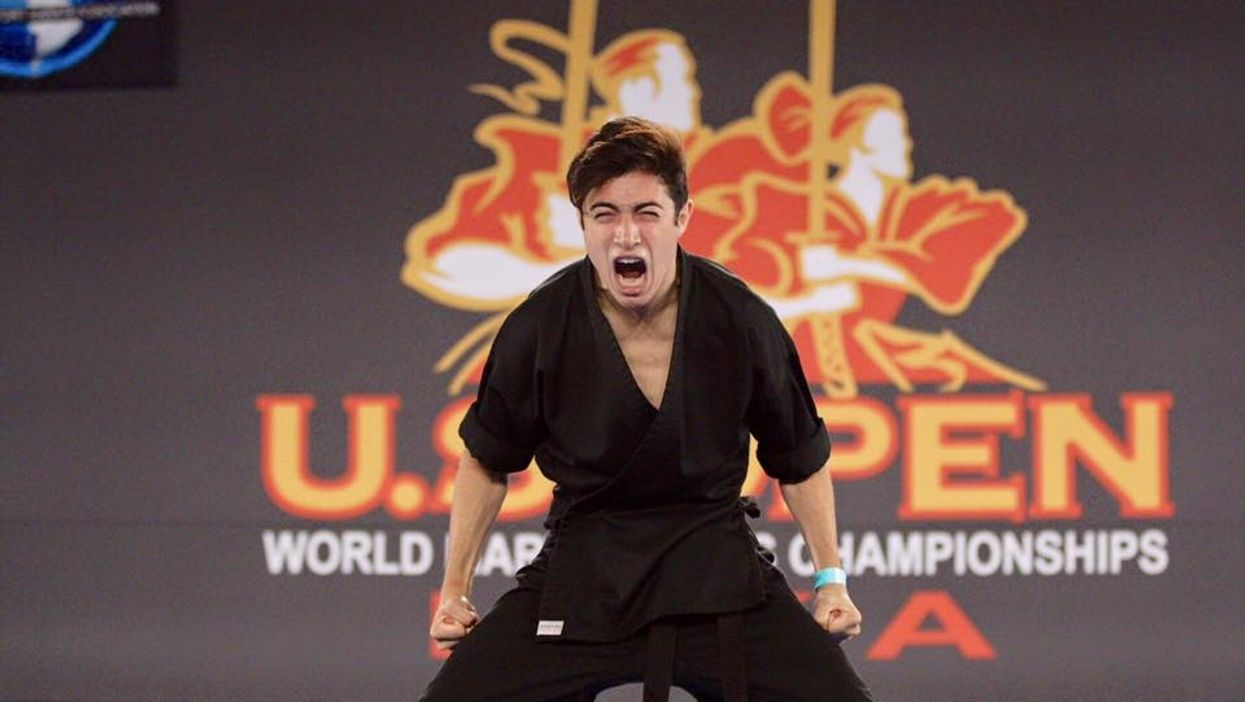 Jacob Pinto is widely considered to be one of the top tricking athletes in the world. Tricking is a freestyle form of movement that incorporates martial arts kicking and acrobatics. His tricking abilities have earned him four RedBull tricking championships and and two Joining All Movement (JAM) tricking titles. Pinto has used his high-flying acrobatics to enhance his open martial arts routines, which have won four ISKA world championships and numerous NASKA world championships. In the weapons divisions, Pinto began his career as a kama specialist but switched to double sword as a teenager.

After a brief hiatus from competition, Pinto returned to sport karate by winning the men's overall forms grand championship at the 2020 Compete Nationals in February. In addition to his professional martial arts career, he is also a photographer, videographer, music producer, and Chief Executive Officer of Professions By 97 INC.