Eyal Yanilov Shows You How to Disable an Opponent 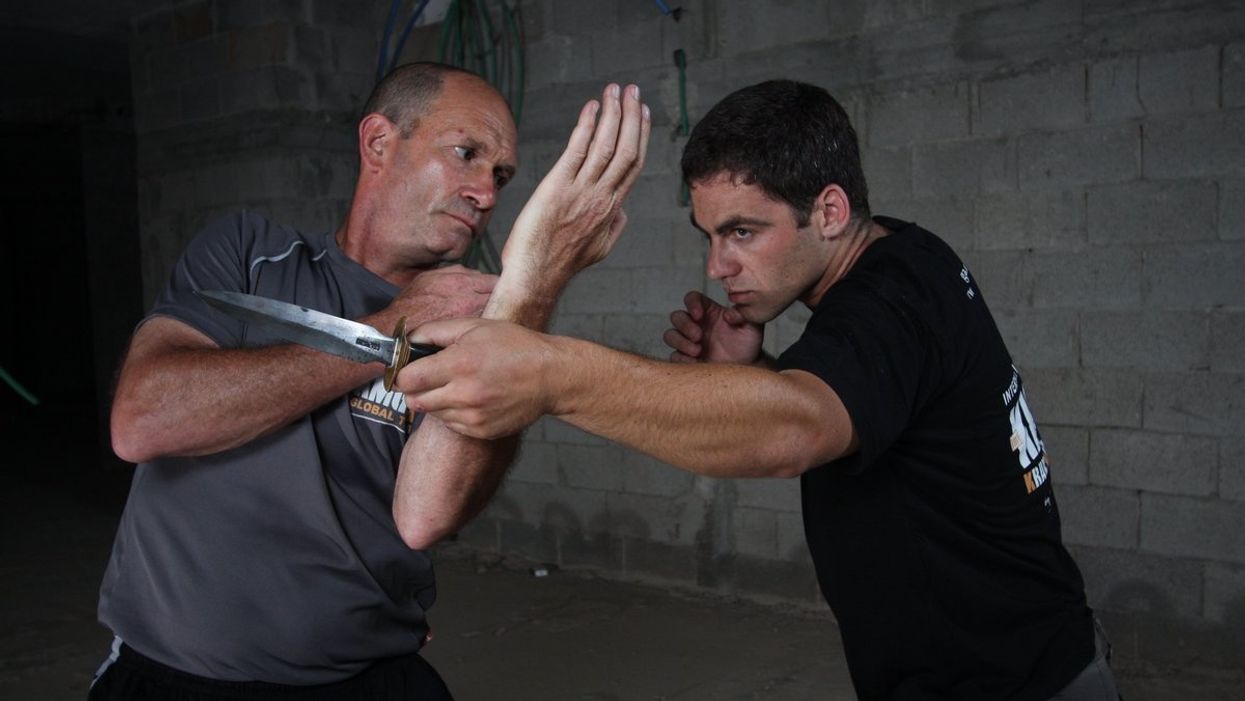 You're on the ground. An attacker launches a front kick at you. What do you do? In this exclusive video, respected krav maga master Eyal Yanilov shows you a technique which may allow you to open up an escape route and emerge unharmed.

Eyal Yanilov is, by far, one of the most respected krav maga practitioners in the world today. He is currently listed as "master level 3/expert level 8" in krav maga — the highest rank krav maga founder Imi Lichtenfeld ever awarded to any student. Eyal Yanilov's official title today is chief instructor of Krav Maga Global, the organization he founded in 2010 to spread real krav maga to the world. In the cover story for the March 2011 issue of Black Belt, Eyal Yanilov demonstrated a series of krav maga defenses against variations of the front kick. In this exclusive video, Eyal Yanilov demonstrates his "disable and defend" moves.

In the above video's technique sequence, Eyal Yanilov is sitting on the ground when the aggressor approaches and begins his kick. "In the sitting position," Eyal Yanilov explains, "[I will deflect] the kick when moving the body out from the area of the attack."

Eyal Yanilov explains the final section of the krav maga technique: "As soon as I [can], I counterattack. The moment I [shift] my weight and there's no weight on the legs, I [can] already function to kick with them." Eyal Yanilov then falls onto his left side and unleashes side kicks to the man's leg and body, which prompts him to explain, "From this position, I attack ... and from this position, either I continue to attack or move away from the danger zone," as he finishes his opponent and escapes.

Eyal Yanilov began his training in the Israeli art at age 14 under Eli Avikzar but then shifted to the legendary Imi Lichtenfeld, founder of the system. Eyal Yanilov so impressed the krav maga master that he became Imi Lichtenfeld's assistant. His primary assignment was to commit the art's principles and techniques to paper. The result was Krav Maga: How to Defend Yourself Against Armed Assault, co-written by Imi Lichtenfeld (as Imi Sde-Or) and Eyal Yanilov, which was published in 2001 — three years after the founder passed away.