UFC Opinion Piece: How Real Does it Get? 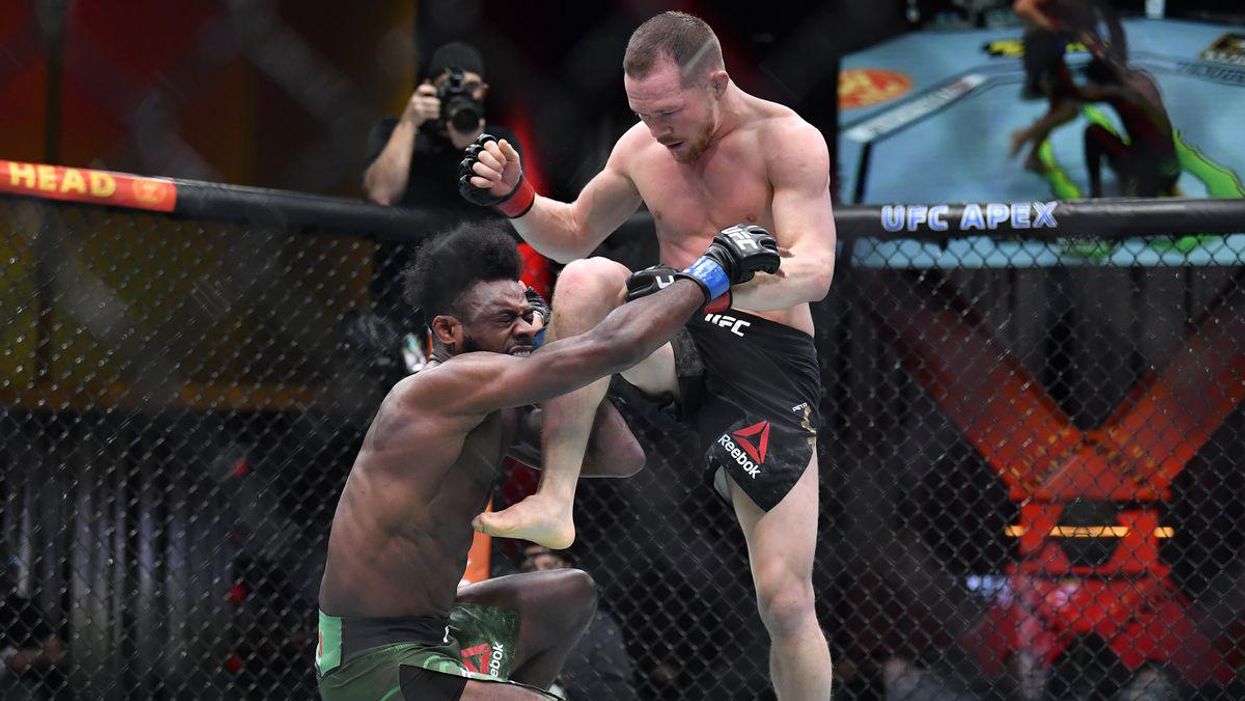 The UFC may have inadvertently shot itself in the foot years ago when it labeled itself with the catchy slogan and claim to be as real as it gets.

There is no shortage of memorable, historical, and outright amazing moments that have happened in the UFC's octagon. Moments and events such as that amazing night in Dublin that seemed more like a pro-wrestling angle than reality, or the unforgettable contests etched in our minds as well as on the faces of valiant fighters like Joanna Jędrzejczyk in her fight of the decade entry with Zhang Weili, or Robbie Lawler and his opponent Rory MacDonald post UFC 189 title fight.

Talk to any real fan of MMA and they will have a moment or ten at the ready that will let you know, they have not forgotten. Quick knockouts, last minute triangles, arms bent in unnatural directions, or even post fight callouts, brawls, retirements, tears, etc. But we have already suggested the UFC and MMA in general are proud of being as real as it gets. So, it should come as no surprise – but it is indeed always a surprise – when reality disappoints us. Just this first quarter and within only two events we have seen a belt change hands due to a pretty flagrant knee to a downed opponent (Jan vs. Sterling), and then the following week on a single fight night, a no-contest due to a less flagrant knee (Anders vs. Stewart), and the main event of that card also called a no-contest due to unintentional eye poke (Edwards vs. Muhammad).

On the other hand, it has not yet been mentioned what may be appraised by large groups of fans and fighters alike as a boring fight that disappoints. It is very hard to avoid quips about those who try and take the sting off those outings as 'edge-of-your-seat' in their potentiality for greatness. But, I think we will all agree, for something to be called a fight, there should probably be some... fighting. There have indeed been fights so bad they are almost as famous as their exciting counterparts. Remember that time UFC president Dana White threatened to cut the then-considered GOAT Anderson Silva after that strange thing that happened with Demian Maia? And you probably do not want to ask upcoming title contender Francis Ngannou about his Derrick Lewis event. You should probably go find the cartoonish video of Nate Quarry's, whatever you call it, against Kalib Starnes and for extra credit, watch the post-fight interview which is legendary. Might as well get the college units too and read Chuck Mindenhall's piece on it that is still available at The Athletic.

Clearly, memorable does not equal good. So, what are we to do with the many, many, times our favorite sport leaves us unfulfilled? When the hype seems to have been for naught? When the trash talk and the promised action ends in either a lack of excitement or mere misfortune? In those dark moments, we remember the good times. The times when MMA delivered. The times highlights were born. We may even grow in our own fandom and maturity to the point where we can remember the times that are not highlights. Where the stalwarts stepped in and earned their pay and their respect. I am pretty sure no one has ever used the word climactic without the anti in front of it. If the sport is as real as it gets, we must expect ups and downs. Not just wins and losses, but deflation and abrupt derailments. All real things have the potential to leave dejected. There have been events and individual fights that had massive potential for excitement only to have injury, doldrums, failed tests, or any other fight gremlin imaginable interfere. There have also been fight cards that have been so shaken up due to injury or cancelation that there was nary a climactic thing to find on paper – and still they delivered. A real friend is one who is not only there in the highs, they are there in the lows too. A real fan – and the operative word there is real – is as real as it gets.