From Influence to Innovation - Personal Blog 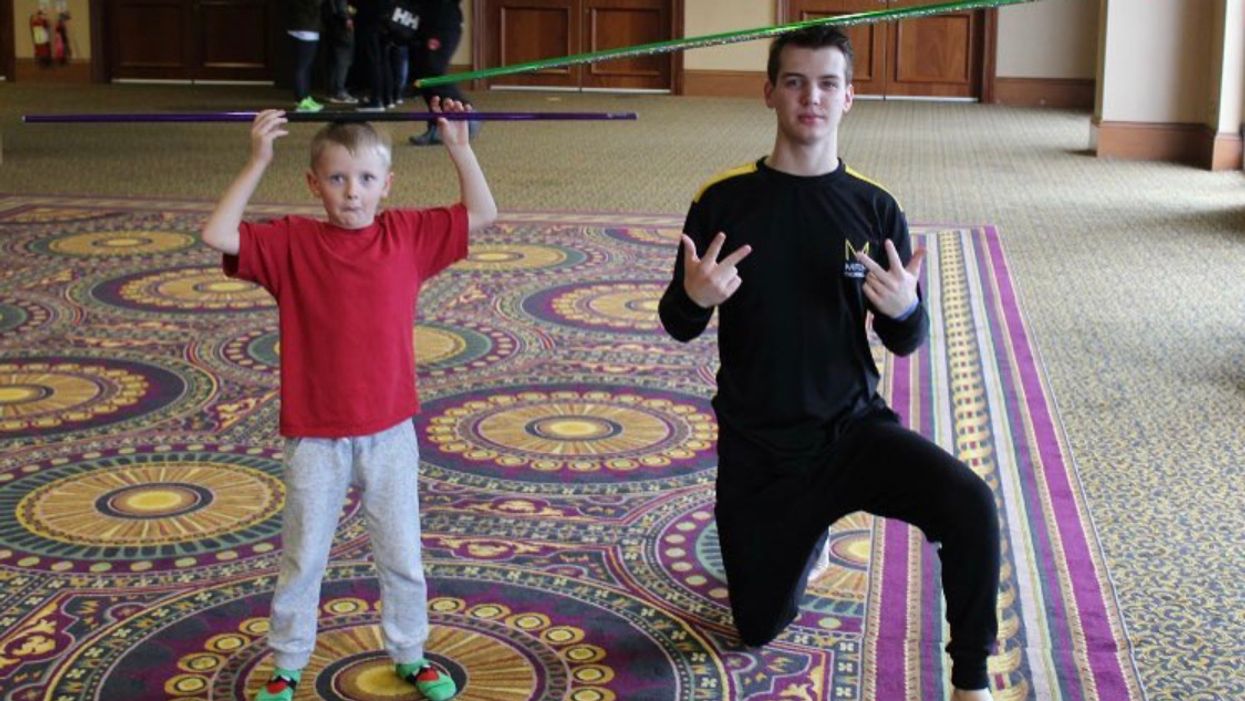 As the spread of the novel coronavirus (COVID-19) has increasingly restricted international travel, I have developed a new appreciation for the ability to travel abroad. Just a few short months ago I traveled to the Irish Open with Team Paul Mitchell Karate to host a seminar and compete at the event. I've personally been teaching seminars and private lessons at the Irish Open for six years now. The first year that I traveled there, coaches and fellow competitors informed me that the level of difficulty in the creative and extreme divisions was similar to that of the United States back in the 90's, when doing backflips and throwing weapons was first becoming popular in competition. I couldn't help myself but to try to figure out why this was the case, and do my best to help teach these competitors the more difficult techniques.

First, it's important to understand why this was the case. I believe it comes down to three factors: division popularity, rule-based restrictions, and television. Open forms and weapons competition is simply less popular than point fighting and kickboxing in Europe. The Irish Open rivals the US Open as the largest sport martial arts event in the world with approximately 90% of their registrations being fighters. In some countries, like Hungary, point fighting/kickboxing is one of the most popular sports even when compared to typical mainstream sports like soccer. The team fighting division at the Irish Open consistently seems to host at least one team from every country in the European Union. For this reason, the point fighters are very skilled and winning the Irish Open open-weight division is the pinnacle of the sport, with forms and weapons being a bit of a novelty.

Another factor is that the WAKO rules which govern many of the European tournaments have historically been very restrictive for forms and weapons. This is not a criticism of the rules, as I actually appreciate the fact that they place increased emphasis on the martial arts and not the tricks, but it certainly has contributed to the slower progression of tricks in Europe. When competitors are only allowed to let go of their weapon three times, there is no need to learn a superfluous number of tricks. These rules have since been loosened to allow five releases, with more changes likely coming in the future.

Lastly, Europe didn't have one of the influences that pushed the use of tricks in American competition the most- television. Many of the "firsts" in American sport karate, such as the first weapons release or first backflip, were performed at the US Open. The broadcasting of this tournament on ESPN/ESPN2 inspired competitors to show off on TV. Additionally, it was clear that doing "ninja moves" that people typically only saw in movies would boost ratings and increase the overall popularity of the sport. Since Europe didn't have such exposure, there was no push to increase the difficulty or performance value of the routines.

With this historical context in mind, I decided on that first trip that I wanted to be part of the movement to take forms and weapons competition in Europe to the next level. The results after three or four years of teaching at the Irish Open were bittersweet. The Team Paul Mitchell seminars had certainly helped increase the level of forms and weapons competition, but our individual influence was very prevalent. How's this a bad thing? Well, as a creative weapons practitioner and instructor, it is always my goal for a student to develop their own style. However, what we began to notice was that all the little boys were throwing bos around and posing like Jackson while all the little girls were spinning kamas on their thumbs like Mackensi Emory. While this is great because it increased their level of difficulty, we intended for these athletes to innovate beyond our own moves and create their own style instead of just using the moves that were created or made popular by Team Paul Mitchell members.

What I've learned from this experience is that innovation takes time. If we fast forward to present-day, I was extremely pleased with what I saw from the competition in Ireland. I stood in applause after watching a 13-year-old girl roll the bo staff around her body in a way that I had never seen before. My jaw dropped when I saw another young girl throw her sword, complete a full spin of her body, and catch the sword cleanly behind her back, something that (to my knowledge) has never been landed in the United States. I watched in awe with the rest of the crowd as a teenage boy spun one sword off of another, did a complete front flip while the sword was in the air, and catch the weapon as he landed on one knee. The European competitors have successfully made the transition from being influenced by the Americans, to now innovating new techniques that have not been seen before. Don't let me be mistaken, there is still work to be done universally as far as getting young martial artists to understand that the cleanliness of their basic techniques is more important than these fancy tricks. However, the progression of these new tricks makes for a very bright future of open forms and weapons competition in Europe.