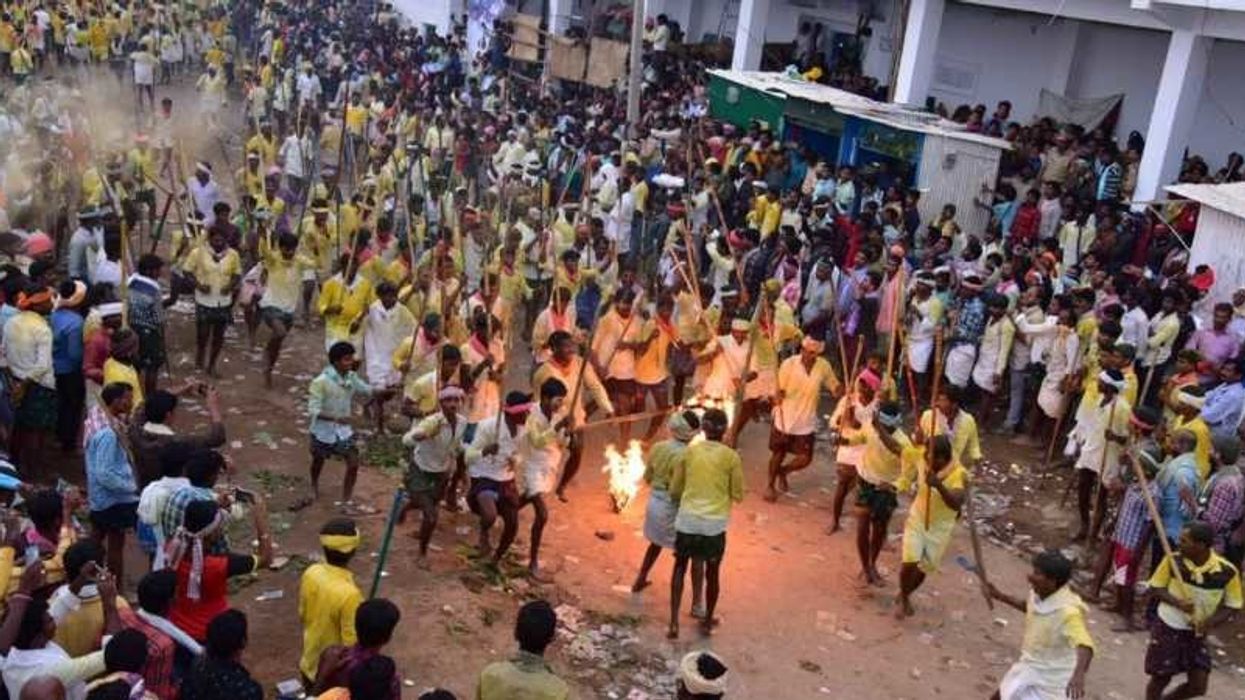 Around fifty people are reported injured, two critically, as a result of the annual Banni stick fighting festival in India. Despite official efforts to cancel the event due to Covid-19 pandemic concerns, numerous people poured into the city of Kurnool to join in the celebration/melee.

The festival regularly features thousands of people from surrounding villages bearing torches and wielding long staffs as they battle each other for possession of two ceremonial idols from a local temple believed to bring luck to whichever village possesses them.