Take Your Dojo to a Higher Rank in 3 Easy Steps! 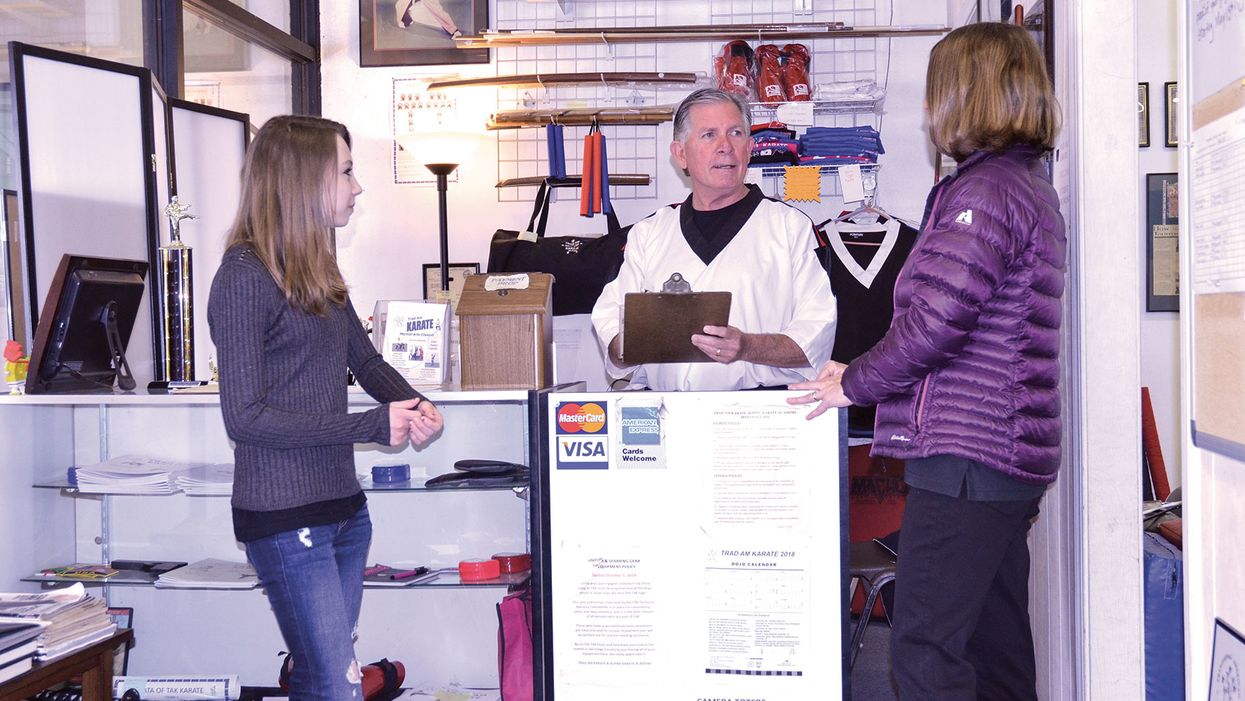 I've run martial arts schools for many years. Like most school owners during the days before Google and Bing, I depended on listings in the White Pages, which I augmented with paid ads in the Yellow Pages. To stay near the top, I used the alphabet, making sure my dojo names started with "Burk" or "American." When coupled with the occasional display ad in a local publication, this strategy worked well for decades. The phone would ring regularly with calls from interested parties, and those leads often turned into new enrollments.

Then came the internet. At first, people interested in learning martial arts would use search engines to find local schools and proceed to check them out — which was fine because everyone was on a level playing field. That didn't last long, however.One day, I woke up and found that, according to the search engines, my academy's ranking in our city had dropped from the top of the first page to a position with virtually no visibility. That left us completely out of the running. It shouldn't have been a surprise, but it was. I'd been asleep at the wheel, oblivious to the low ranking that had been secretly hampering us. Over time, the phone calls slowed even more, and fewer walk-ins were showing up. I had no choice but to go on the offensive.

STEP 1: I took a hard look at our website, which a former student had built years before. Although it seemed fine to me, I quickly learned that it had become outdated and was decidedly not user-friendly. In my defense, not one student or parent ever walked into my office and said, "Sensei, our website sucks." If anyone had, I would have listened. Nonetheless, I should have identified the deficiency before it became a serious problem.

I asked the original web developer for help. She moved my site from its private hosting platform to a commercial hosting service. As soon as the migration was finished, I knew I liked it because it was very modern and user-friendly, which meant I could post content without needing to ask someone else to squeeze it into their busy schedule. I also liked the fact that the hosting was still free. (Even so, I plan to upgrade to a paid account soon because more options are available and the annoying pop-ups will end.)

A third benefit of the switch is that people can view my site on their smartphone or tablet. No longer is a laptop or desktop needed to use all the site's features. A fourth benefit is that the new platform is designed for search engine optimization, or SEO. That surely will bring in more traffic, I figured.

Once the bugs were worked out, I posted a large eye-catching photo at the top of the home page, where the old site used to feature collections of photos. I began swapping out the main photo regularly because search algorithms rank pages with activity more highly than they do static pages.

To make the text more accessible, we switched to a larger font and concentrated on using sentences that were shorter and easier to understand. Nobody wants to tackle long paragraphs while reading on a cellphone. In essence, the central message became "martial arts training in a family-friendly environment — call now or come in and start today!" Of course, our phone number and email address are prominently displayed right there. It's essential to make it easy for prospective students to initiate contact, especially when you consider that most people will make a decision to dial before they get past the lead photo and highlighted information.

For those who might want additional info, I added a few sentences about the benefits of training with us. Then I inserted a graphic that includes other perks we provide, like tournaments, training camps and seminars.

The website ranking and traffic started to improve noticeably.

STEP 2: Several months later, my son Jeremy, who works in social media, came to visit. In a discussion of website ranking, he said that I needed to do a better job with our dojo's Facebook page and that I needed to have a YouTube channel, both of which should have links to the site. When I confessed to disliking social media, he asked why. I said, "I don't know."

Pulling no punches, Jeremy replied, "Dad, either you're lazy or you're just being stubborn — or both." He argued that doing a better job on our school's social media would improve our ranking and overall visibility even more. I promised to work on it.

Soon afterward, I asked the person who started our Facebook page a few years back to change a setting to allow followers to post comments. (Another one of my errors was that when the page was created, I didn't want to see or hear anything from anyone. Even though that mood passed, I got what I wanted: a pretty unsocial social media page.)

Next, I asked him to give administrative access to two other trusted instructors. That way, we could work together to make more frequent posts. We went from posting once every few weeks to posting almost every day, including weekends and holidays.

I set some ground rules such as not listing names with photos when the subject is a minor. Instead, we post a photo with a caption like, "This fine martial artist earned Student of the Month honors." We also emphasize dojo-related news and announcements while avoiding posts that are polarizing or that have no business being on a business page. We do, however, put up information about promotions, tournaments, class activities and dojo road trips. Example: When high-schoolers take their senior trip to Washington, D.C., we encourage their parents to send photos of the students doing a side kick in front of the Washington Monument or the Library of Congress, which we promptly post.

I set some ground rules such as not listing names with photos when the subject isa minor.

Much to my surprise, creating content for social media turned out to be fun. It's also funny — mostly because when I'm working on the posts, people think I'm goofing around. In reality, it's a lot of work, but it's work that needs to be done. The payoff for the time investment is that my dojo's Facebook page has grown tremendously, and that translates to better traffic for the site because the URL for the school is listed on the Facebook page.

STEP 3: The next task was to conquer YouTube. I asked one of our black belts to bring his video camera and record some classes: drills, sessions on the heavy bag, workouts with the body shield, cardio training and so on. After some simple editing, he created a YouTube channel for the dojo and posted the videos.Next,

I crafted a belt-tying video and a couple more that pertained to kata training and had them posted. We put up several others that feature our demo team in action. The number of views was a surprise to all of us. People seem to enjoy the clips.

Making improvements to our website and Facebook page, coupled with creating a YouTube channel, have been a good defense against getting run out of business. There certainly are other things that can be done, but these have been a good start. They worked for my business, and they can work for yours, too.

Final word: If you're not a do-it-yourself kind of person when it comes to technology or if you're just too busy running your school, there is still hope. Plenty of companies are waiting to help with this, and chances are the cost will be less than what you used to pay for those Yellow Pages ads. A great place to start your search for such a company is in the pages of MASuccess, the leading trade journal for the martial arts industry.

Floyd Burk is a San Diego–based 10th-degree black belt with 50 years of experience in the arts. To contact him, visit Independent Karate Schools of America at iksa.com.