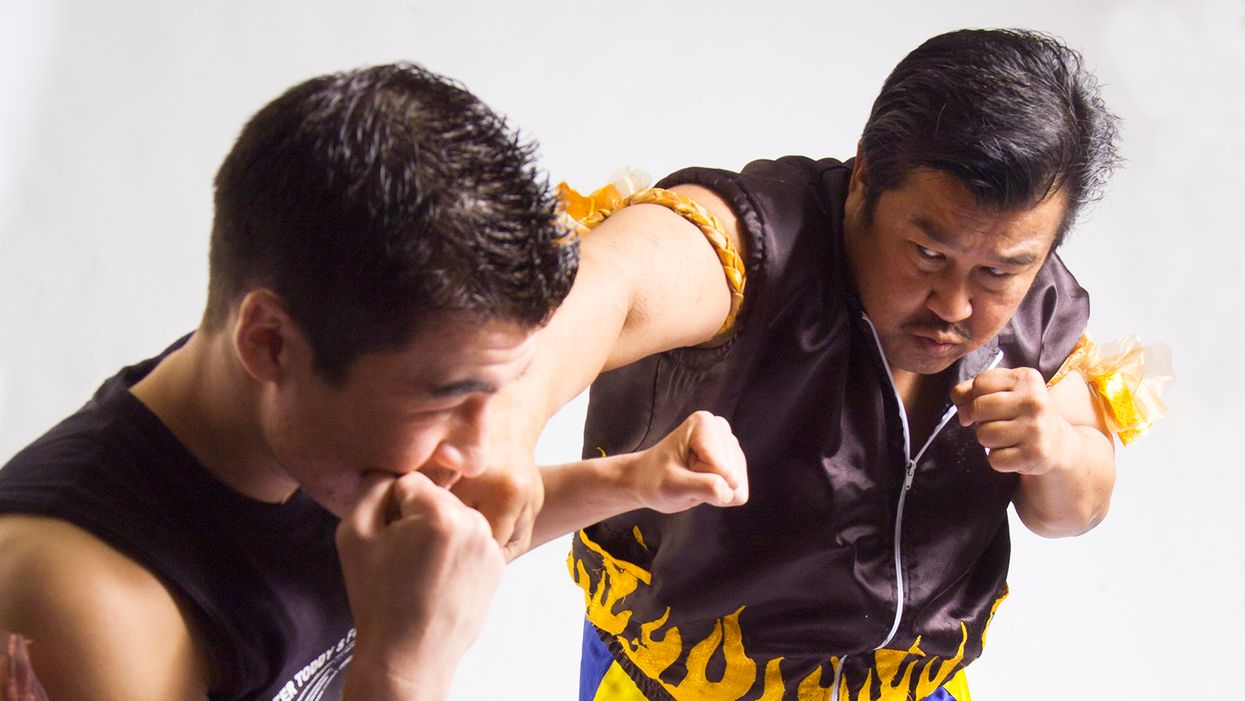 There's more to muay Thai than kicks, punches, elbows and knees! In this Black Belt exclusive, a renowned trainer reveals the secrets of his success.

In a universe populated by hardened ex-champs who have about as much personality as a worn-out boxing glove, muay Thai authority Master Toddy stands out. A jovial fellow, he's as entertaining a host as one could hope for in the martial arts. But put him on a mat with his students or in the corner with one of his Thai boxers, and he transforms into a fighting fiend.

That's where Master Toddy shines as a maker of champions — including American men and women who've actually traveled to Thailand and beat the Thais at their own game. His success speaks volumes about the validity of his unorthodox methods and beliefs. In this article, Toddy shares some of the kickboxing secrets that have propelled him to the top of the muay Thai training world.

During the 16 years he spent in Manchester, England, and the 15-plus years he spent in the United States, Master Toddy has learned that you don't have to be a big bruiser to be a good martial artist. "When I was in England, there was nothing — they weren't even allowed to teach muay Thai because they thought it was too violent," he says. "I had to teach them everything — discipline, how to slow down, how to fight smart. I had to show them muay Thai isn't about street fighting.

"Most people who do martial arts are shy. They're nice people who've been pushed around, and they want to protect themselves. They'll fight if they have to, but they don't want to do it. That's why martial arts competition has rules and why shy people can become great martial artists. That was the lesson I brought to England."

Master Toddy was a hit in the United Kingdom, and he soon noticed that American champs were just as interested in what he had to offer. "They wanted to learn how to do muay Thai and defend against the leg kick because [25] years ago in America, they didn't have muay Thai," he says. "They had kickboxing, but it's very different. When they faced a muay Thai stylist, they'd get hit with leg kicks or elbows.

"I decided to come to America to expand muay Thai, to show that it can be done properly and that it's not a violent sport. The first thing I did was work with the Nevada Athletic Commission to get permission to include elbows and knees. We did the first show in 1995, and it went very well. It started growing. I was successful because I'm a very positive person. Every day I tell my people how important it is to be positive."

Master Toddy has trained plenty of well-known fighters over the years, including Maurice Smith, Tito Ortiz, Bob Sapp, Gary Goodridge and a host of K-1 regulars. "Most of them were already champions," Toddy says. "After they had a hard fight, they would come to me because of my coaching record.

"For example, Bob Sapp came to see me. I trained him in one punch. He went out into the ring and got a first-round knockout with that punch. Then Gary Goodridge came and trained for one of the biggest fights in his career, against a K-1 champion. Gary knocked him out in the first round.

"Once they believe in it, they win. It's mental programming. It's not about the kicking and punching; it's about connecting." Master Toddy

"It takes me 20 to 30 minutes to evaluate a fighter," Master Toddy says. "I talk to him until we click. I find out if he has long arms and long legs and how he moves.

"When I was a monk in Thailand, my chief monk taught me about connecting," he says. "He lived on top of a mountain without a car or anything. Someone suggested that I should meet him on the mountain. It took days to find him.

"While I was climbing up there, the monk 'saw' me. He could see everything in his mind. That's why I believe the mind is so powerful. It's like when parents have a connection with their kids or when the phone is ringing and you know it's your wife calling."

The newest release from combatives authority Kelly McCann (standing) and Black Belt magazine is called Kelly McCann Combatives 2: Stick & Ground Combat. It's a video course you can play anytime, anywhere on your digital device. Click here to sign up.

Once the connection is established, Master Toddy says, he doesn't have to be present at a bout to help his fighters win. "Before the fight, they have to think about our training. Some of my fighters call me or text me.

"I do this because I have 100 or 200 fighters, and I can't go to every single fight. If I go to some but not others, they might lose. So before one of them fights, they call me. I go into a room and meditate. I can feel it as they win the fight."

Master Toddy likes to have his fighters, both male and female, wear a unique piece of head protection that features different types of foam to absorb shock.

ON THE HEAVY BAG

"We designed our heavy bag so that when you kick it, you dent it," Master Toddy says. "That makes you want to land all your other kicks in the same pocket, which makes you more accurate."

Fringe benefit: "It teaches you that if your opponent has a weak point — on his leg, for example — you should keep hitting the same spot. It's all about psychology."