12 Tips for Being the Perfect Training Partner 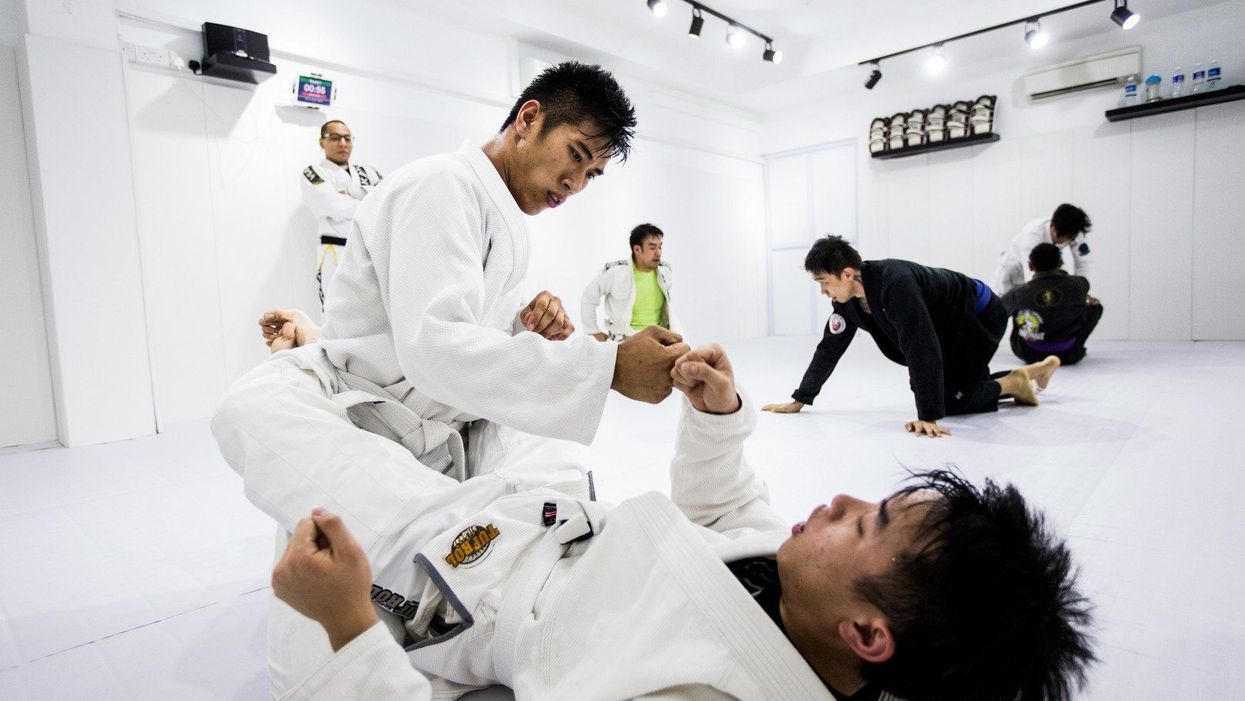 I've trained in several martial arts (krav maga, muay thai, Brazilian jiu-jitsu, jeet kune do, kali) over a time period of eight or so years. For all their differences, they – and all martial arts – have one thing in common: partner training. There is no martial art where partner training doesn't play a crucial role. So like it or not, you are going to have a major impact on the quality of training your partners get.

I've worked with good and bad partners, and been a good and bad partner (I could make a movie called To All the Boys I've Accidentally Punched Harder Than I Meant To). There's an art to being a good training partner. The best way to learn is to get out there and do it, but I've assembled some basic dos and don'ts.

1) Don't worry if you're not on the same level as your partner. If you're brand new and get paired with a senior student, don't worry that you're somehow "holding them back." Chances are, they welcome the chance to brush up on their basics, and will be more than happy to give you pointers. And don't be embarrassed if you make mistakes – remember, they've been there, too!

2) Do be willing to accommodate your partner's level. If they're ahead of you, be prepared to push yourself, even if it means failing once or twice. You'll learn from the experience. And if you're the advanced one, keep in mind that you may need to go a little more slowly for your training partner. The moves you can fly through with your eyes closed are still new to them. Focus, instead, on perfecting your technique.

3) Don't go all-out in resisting your partner's techniques. For example, if you're drilling an arm bar escape, and your partner is practicing the move, don't latch on to their arm for dear life and start cranking like you're in the final five seconds of a UFC fight. "But no one will just let them do this move in a real match!" you whine. True. But they also won't do it to someone who knows exactly what's coming, and has just seen the entirety of the move demonstrated step-by-step. Also, this time in class is for learning the technique – getting a sense of how the movements work and what to do. If you lock up, over-power them, or weasel away every time they try the move, they won't get to learn the technical aspects.

4) At the same time, don't be a dead fish. Move and resist a little, and give them the feel that they're working with a live human rather than a sack of potatoes.

5) Don't over-coach your partner if you're on compatible levels (and especially if you're on a lower level). I cannot tell you how frustrating it is to get unasked-for, unwanted coaching seminars from someone less experienced than myself. I don't mean pointers ("I think your arm needs to be a higher," or, "No, that choke doesn't feel tight yet,") – I mean five-minute, stop-the-drill-that-we-were-doing-so-they-can-talk-about-every-detail-of-the-drill-and-why-their-way-is-right coaching. Half of the time, this advice ended up conflicting with what the coach had said, but the partner was so sure they'd figured out a better way, and just had to share it.

6) Do accept constructive criticism. Sure, it's never fun to hear you're not doing something right, but keep this in mind: the person offering the critique probably did so out of a genuine desire to see you become better. Instead of letting you continue to do something the wrong way, they cared about you – and they believed in your ability to grow – enough to correct you.

7) Do ask for help if you're struggling! This ties back in to #1. No one's going to judge you for not knowing a move, and even black belts get hung up on certain stuff.

8) When it comes time to spar or roll, don't treat your training partner as your personal punching bag or grappling dummy. If you are more skilled than your partner, fantastic – you've trained hard! If you're stronger, good for you – you must work out! If you're simply bigger, wonderful – genetics have given you a handy advantage! And guess what? None of this entitles you crush or punch the living daylights out of your partner. If you want to go all-out, go against someone your own size/strength/skill level, or someone who has enough of one of these attributes to counter to counter your main advantage (e.g. you're really skilled and they're a white belt who's strong as an ox and build like a tank).

9) Do be ready and willing to tap. You should never force your training partner to choose between actually hurting you and giving up a lock or good position that they've earned.

I was unintentionally terrible at this in BJJ. My shoulders, wrists and elbows are, if not full-on double-jointed, at least very flexible (I attribute this to having virtually zero muscle mass above hip level), and I weaseled out of some things I probably shouldn't have been able to weasel out of. Sometimes, if the lock was out in front of me where I could see it, I'd compromise and tap before I felt pain because I'd figure, "Well, I'm not getting out of this, and also I'm pretty sure most arms don't bend that way." But a lot of the time, if the lock happened behind my back, or off to the side with a human body blocking my view, I'd keep resisting, not in any pain, until my partner would either let go or ask, polite and concerned, hadn't I perhaps meant to tap by now? And then I'd say, "Oh. Probably." And tap.

10) If you're in a striking art, do pay attention to how your partner holds mitts/pads, and take pointers. I've said it before and I'll say it again – I believe that holding pads correctly is harder to pick up than striking. That said, you need to make learning a priority. No one wants to work with the guy who's been training for five months and still doesn't know how to hold correctly. Plus, it's dangerous to not hold correctly.

11) Men – don't treat your female training partners like we're made of glass. I promise, you are not going to break one of us on accident (if you do break one of us, it was because you were going hard enough to break any human – in which case go back and read #8 again).

Here, let's play a game of fill-in-the-blank! Write down some words:

Repeat this game until no possible combination seems weird.

Those are my basic tips! What would you add, and what are your biggest partner pet peeves? Let me know in the comments!